What a mother’s love can do | Lifestyle.INQ ❮ ❯ 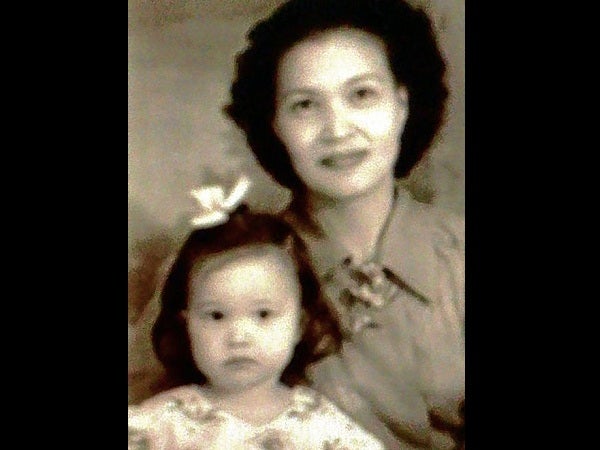 What a mother’s love can do

I really believe there is something so special and perhaps even supernatural about a mother’s love.

Jesus could have walked out of the desert and performed stupendous miracles that would have convinced everyone that He was God, yet it was the Father’s will that He came not just as a helpless babe, dependent upon a woman for care and sustenance, but that His very existence was dependent upon her consent.

The blood that ran in His veins was hers, His very physical features were also from her and, in the end, His gaze fixed on her, and with much pain, He gasped out the words that took care of her future and ours.

I also believe that is why the attack on motherhood, the family and the moral values of young women today is so ferocious and at the heart of the struggle for the world.

I happened to read the online comments on my article on Manopello, so I have a pretty good idea how the opposition to my thoughts will flow. But they are my thoughts, after all, and  part of who and what I am, and yes, influenced by the woman who loved me above everything and everyone—my mother.

She was from Cebu, a colegiala who was made to kneel on monggo beans with a book balanced on her head as punishment for small infractions of rules. So she rarely spanked me, and I remember most her low moans of pain—“Oh June, why?”—whenever I did something wrong. (Which, of course, was often, given how smart I thought I was.)

She had come to Manila and was separated from her family during the war, and like many of my generation, I grew up listening to tales of how she hid when women’s breasts were sliced off, how babies were thrown into the air and bayoneted, and how, from hiding places full of excrement, she watched others dig their own graves.

She never forgot, and perhaps couldn’t forgive, for she lashed out in anger at me years later, when, as a cocky history major, I tried to explain to her the culture and warlike nature of those who tried to conquer us.

She was married four (!) times—all foreigners, including Richard, a Portuguese-American who was so jealous of her love for me that he would leave black and blue marks on my arms and body. So she tried to run away with me, but because he had bought the house in San Francisco and put it in her name, he dragged us back, and installed a really gargantuan mistress named Mamie who watched us even when we were on the toilet!

Somehow mom was able to get word to her former boss, and we ran and hid as she filed for divorce. I have never forgotten the fear I felt when, as I sat on the court bench, a three-year-old with tiny legs that couldn’t reach the floor, I looked around and saw Mamie sitting directly behind me. I see and feel that scene still.

Would you believe that man married Mamie in the same courtroom immediately after the divorce was granted? Men talaga.

My teachers in American school would often humiliate me because my mom would forget and sign my report card using her different married names. She was indignant when I told her this, and said, “Tell them I was legally married to all of them!”

But more than anything, she gave me confidence that I was loved. And I don’t know if this was a secret she kept to her grave, but she made me believe that my birth father loved her and would have done everything in the world for me, had he lived to see me.

He was her second husband. He joined the merchant marines and had come, so he told her, to Asia to look for his wife, who had left him and their three-year-old daughter. He found her drugged out in a bar in Hong Kong, and when she died he came back to Manila, met my mom, his “iha mia,” married her and treated her like a princess.

He lifted her over mud puddles, brought her to Berg’s department store, and would choose clothes for her. She never had to lift a finger, and she would tell me over and over again that had he survived the fatal asthma attack on a trip home, I would have been the happiest and most spoiled daughter in the world.

I grew up believing this. When my strict stepfather would scold me, I took refuge in my mother’s words. I wasn’t one of those unwanted Fil-Am brats. I was loved.

Then a few years ago, I decided to research on the Internet to see if I could find my half-sister. I started early in the morning, and by evening I had found a nephew, who put me in contact with Pam, my sister.

I also found a merchant marine ship that left—I think from Zamboanga—with my father’s name on the list, dated just around the time my mom would have found out she was pregnant.

No wonder she was so emphatic that she didn’t want me to suffer as she did. She would recount how awful it was to wade in knee-high floods to buy milk for her baby, and that she married Richard only because he promised to do everything for her child.

I found out from Pam that my father’s family knew about us. His brother had been in the Philippines at the same time, and told their mother, who sent a letter (which I had seen as a child, and thus reinforced my belief), but my mom chose to remain in her own country.

Not only was our father’s story about Pam’s mother a lie, but he had been married before that, pretended to have drowned so he could leave his wife, and then even married again, while I was growing up. He died of cancer when I was in my teens, and never looked for me.

I went to Seattle to meet my sister. This was big news in the family, and my husband laughed because we looked like Tweedledum and Tweedledee.

Pam, too, had suffered because of her parents’ separation. Her mother had remarried, and while her mother was giving birth in a hospital, her stepfather brought her into his bed during a thunderstorm and sexually abused her.

She eventually ran away, and went to live with a pastor and married his son. But it didn’t work out, so she filed for divorce, took odd jobs, raised her two sons while studying law, and is now working as a lawyer for the state. Part of her advocacy is helping abused women, and her great joy is to take care of her grandchildren twice a week.

After I discovered the truth, I was angry with my father for a long time—even though I was soon to be a senior citizen. He knew I was alive, and never wanted to know me. For a time the anger was so deep that I couldn’t pray for him. Buti na lang I had done a plenary indulgence for him before I found out the truth, because quite honestly, I don’t know if I would have had the strength to forgive him then. I can imagine Pam’s pain all these years, too.

But God is so good, He gives us the grace to recognize His love in those around us. My mother’s love led me to recognize Mama Mary’s universal motherhood. She brought me to her Son, my kuya, my God. And in the end, despite all the baggage and burdens, nothing is by accident. Let his Mercy shine through.