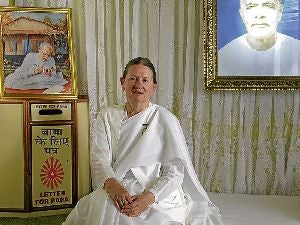 THE DANCE of destruction has begun, she warns, “not to create panic” but to urge people around the world to really see what has brought it about and what can be done.

Not one of these conditions can be isolated in terms of accountability. “Even natural calamities are brought about by human karma against nature. We are all affected, and we are all responsible,” says Denise Lawrence, French-Canadian academic advisor of the India-based Brahma Kumaris World Spiritual University, who is in the country for a series of free public lectures.

Following quick stops in Davao City and Baguio, Lawrence is the featured speaker in “Good Karma Ends Fear” at the Onstage Theater, Greenbelt 1, Makati City, on Thursday, May 5, 7 to 9 p.m. On May 11, Wednesday, 5:30-7:30 p.m., she gives another talk, “Choose Change and Become It,” at the Center for Spiritual Learning in Tagaytay City. “Activists have sounded the alarm: nature will eventually react to all the abuses she has sustained from wanton human disrespect,” Lawrence, a former short news filmmaker at the Canadian Broadcasting Corporation, notes. “Now we see the beginning of what is described in Indian mythology as Tandav, the dance of destruction.”

What should be done? “The most urgent need is for human beings to transform attitudes of arrogance and carelessness, and become more responsible in relationships with one another and with Nature,” Lawrence says. “Start consciously generating only good karma, and truly get to know God—study His teachings and set aside all the crude assumptions that have created the catastrophes that the world faces today.” 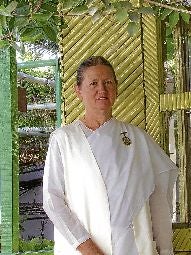 The smallest steps count to end all fear, says Lawrence, who has written 10 volumes on values and spirituality that are used as textbooks in several Asian and Indian universities, including Anamalai in Tamil Nadu, South India.

Also a long-time teacher of Raja Yoga meditation, she adds: “In a state of clarity, our conscience can act as a barometer to instantly determine when we are wrong or right. Meditation increases our sensitivity and skillfulness in reading this barometer. How do we know when we are acting properly? It feels right. Such a sensibility can be developed. And there’s no better time to do this than now.”