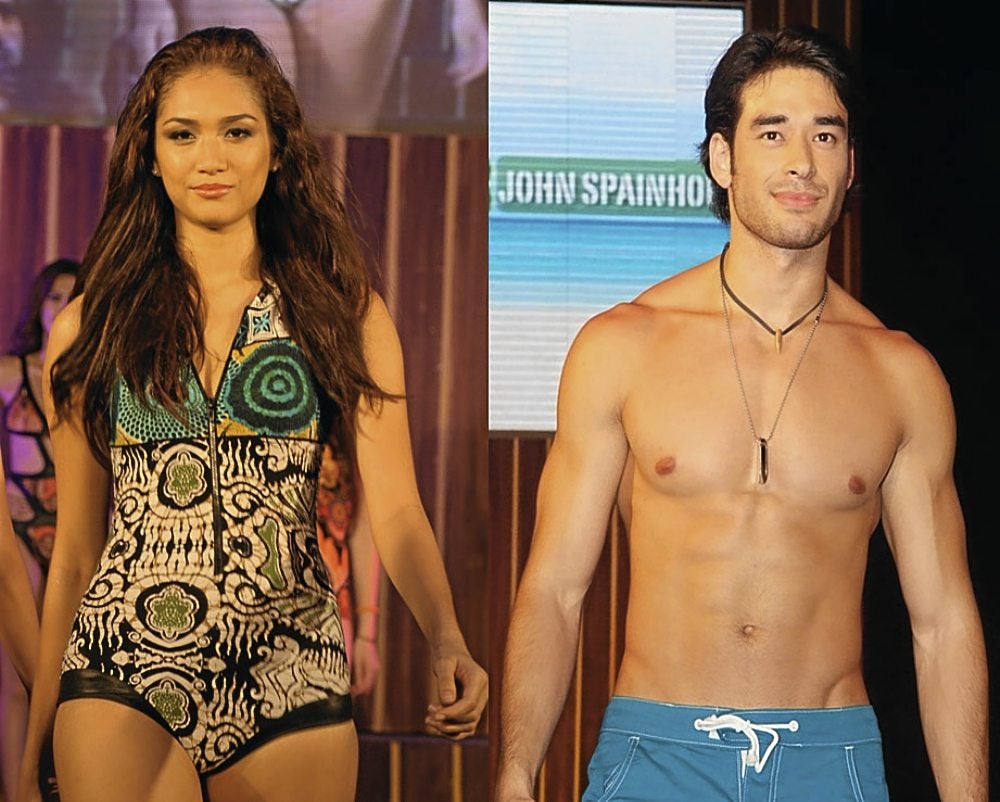 ‘Salute to Sexy’ heats up summer; all eyes on Cristalle Henares and Azkal date

Twenty awesome headturners—all eye-catching hunks and beauties—competed to become the next ambassadors of healthy living, palanggas.

Twenty-four-year-old Fil-Am John Spainhour, a former US Marine soldier,  and 20-year-old model Monika Sta. Maria won the nod of the the judges. They won an exclusive contract with Century Tuna worth a cool half a million pesos. Wow!

The literally sizzling hot event got the temperature popping out its thermostat with the presence of Century Tuna celebrity endorsers Anne Curtis, Solenn Heussaff, Derek Ramsay and Aljur Abrenica.

A lavish, well-chosen dinner menu for 40 of Andi and GP’s closest pals was prepared by chef Carlo Miguel, who treated us to such sumptuous dishes such as Duck Sisig Risotto, Crispy Skin Salmon Fillet and Roasted Chicken Ballotine Porcinni, which had some invitees asking for seconds of it. That’s how good it was, dahlings.

The bash later escalated into a full-blown happening with loads of Andi’s other invitees arriving for the après dinner party. Many took to the dance floor at Opus’ chic lounge where they found space to shake, rattle and roll.

Andi, one of the most popular DJs on radio today, was clearly on cloud nine, as she partied with all her guests and her loving boyfriend GP till way past Cinderella’s bed-time, dahlings.

GP looked at me and said: “Yes, she’s the one.” He had that look of finally finding the true love of his life, palanggas.

Moral of the story—never rush or look for Mr. or Ms. Right! One day your paths will cross and you’ll know, palanggas. This is it!

Store Specialists Inc. had music and fashion blending together, and invited our town’s top VIPs for the launch of its latest popular denim wear, Replay. Dubbed “Rock-eoke,” the event at the chic Opus Lounge was superbly hosted by G Toengi,  who pumped up the crowd with her incredible energy.

Models wearing Replay’s Spring Summer 2012 Collection showed off the eye-catching  designs as they welcomed the invitees and took photos of them with Polaroid cameras as souvenirs for the event.

Faster than you could bat an eyelash, all eyes were on gorgeous Cristalle Henares and her latest squeeze, Azkal Jason Sabio, making their grand entrance.

The irresistible Bea Tantoco, with her band The Sauce, got the crowd dancing with her unmatchable beat, and got on stage namedroppable jammers who sang their hearts out as the crowd sang along.

My palangga, Tessa Prieto-Valdes, threw all cares to the wind and danced with the handsomest Replay model. Well, that’s my dahling Tessa. Don’t you just love her?

The novelty of Replay’s womenswear lies in the flare of the dress and short overalls in light denim. Shorts have a firm fabric but with a masculine look, with a loose fit, distressed wash and patches.

The menswear had trendy wash in a medium electric blue shade with intensely faded areas for the new tapered wearability. It was looser at the top and tight at the bottom with pleats.

Replay is exclusively distributed by SSI and has a shop at Greenbelt 5, Ayala Center, Makati.