At last, an anti-dandruff and beauty shampoo in one bottle | Inquirer Lifestyle ❮ ❯ 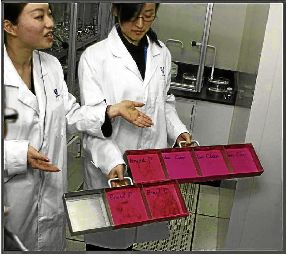 At last, an anti-dandruff and beauty shampoo in one bottle

FOR THE ESTIMATED 60 percent of the global population who suffer from dandruff, anti-dandruff shampoos are considered a form of medication. Once the flakes disappear, people switch back to regular shampoo—you know, the kind that makes the hair soft, bouncy and beautiful. But, once the flakes resurface, it’s back to the anti-dandruff bottle. 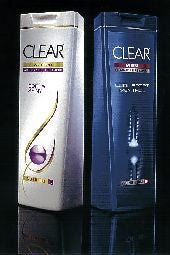 Filipinos are said to have the highest hair-washing frequency in the world. But big shampoo consumers that we are, a poll has showed that 77 percent still complained of scalp problems.

Seeking an end to this vicious cycle, Unilever, the makers of Clear shampoo, believes it has created a new formulation that addresses both scalp problems and specific hair conditions; essentially, an anti-dandruff and beauty shampoo in just one bottle.

At the presentation held at the Unilever R&D facility in Shanghai two weeks ago, Clear executives made their case by opening its laboratories to the media for the first time, to demonstrate the rigorous process it has conducted in the last few years to improve on the Clear formula.

The new Clear, which rolled out in the Philippines on Easter Sunday, now contain the so-called Pro Nutrium 10 for men and Nutrium 10 for women, the new pro-vitamins and minerals-rich formulations that are gender-specific-designed, to address the unique hair and scalp conditions of men and women. 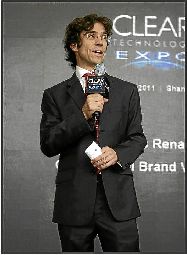 In the current global market offerings, however, Renard said 30 percent of the shampoos marketed as anti-dandruff address only dandruff, not all scalp problems. Meaning, they’re only good for temporarily removing surface flakes. It’s Clear’s contention that in order to solve scalp problems, one’s shampoo must not only wash off the visible flakes, but treat the root cause, which is the damaged scalp barrier. 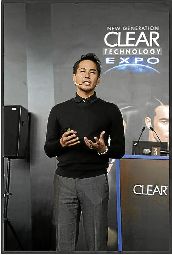 Clear claims the Nutrium 10 formulation delivers nutrients up to three layers deep into the scalp to repair and strengthen its natural resistance against dandruff.

The new Clear is endorsed by the International Academy of Cosmetic Dermatology.

Dandruff is caused by a naturally occurring fungus on the scalp called malassezia. While everyone has malassezia, not everyone suffers from dandruff. Dandruff occurs when one’s scalp is too dry or too oily. The first signs of dandruff may occur at the onset of puberty when a person undergoes hormonal changes. The condition is aggravated when a person is stressed. The change in weather can also affect one’s scalp condition.

“In general terms, dandruff is worse in winter than in the summer,” said Dr. Graham Turner, category project leader of Unilever.
“In fact, in Unilever we tend to do our tests in the winter season. You get dandruff in the summer but it tends to have lower incidence. But in Thailand and the Philippines, [you might say] what winter are you talking about? The change in season also matters, not the severity of cold. In Thailand, for example, when you go from the rainy season to the dry season, that’s when you see a change in the scalp condition. In North America and the UK, it’s when you go from relatively warmer weather to colder weather.”

Environment, more than ethnicity, can have greater impact on the scalp’s condition, Turner added. “How much water do they have access to? The frequency of wash, the humidity, UV light, pollution. There are more susceptibilities in certain ways.”

“Afro hair and scalp are subjected to extreme conditions of damage that can create dandruff conditions. But that’s not so much about ethnicity as much as down to one’s habits,” Amit Jayaswal, global R&D director, pointed out.

In contrast to Filipinos’ hair-washing habits, the African population wash their hair only once in every four weeks, according to Victor Hugo Jr., global brand manager and project leader of Clear. “Instead of shampoo, they use pomade.”

“Any shampoo is designed to clean the scalp,” Turner said, underscoring hygiene’s role in preventing dandruff. “Regular hygiene keeps dandruff at the lowest level possible. Cleanliness will help the condition. You wash off the sebum that feeds the malasezzia.”

Clear, he added, has active ingredients—zinc pyrithione and climbazole—to reduce malassezia regrowth and nourish the scalp.

But why the need to go against beauty shampoos?

“We just want to go all the way to deliver the best product, not so much because of competition,” Renard stressed. “In the last two years, Clear has been appealing to both beauty and anti-dandruff consumers.” (Its recent endorsers include singer Nicole Scherzinger, football star Cristiano Ronaldo, tennis star Maria Sharapova, K-pop superstar Rain, and local show biz’s Piolo Pascual, Bea Alonzo, Jericho Rosales and Gerald Anderson.)

He added, “The anti-dandruff and scalp segment has grown significantly; it’s growing the fastest in the shampoo market. It’s all about market development; consumers are switching. We believe that one day, half of the shampoo market will be scalp [care] if 60 percent of population has [scalp] problems. From 30 percent today to 50 percent in the future.” 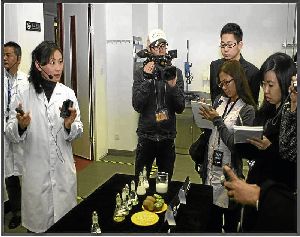 The company believes it makes a strong case for the beauty market: In blind testings, Hugo said, the new Clear was a consistent choice.

“We have also shown that Clear delivers more silicone to the damaged areas of the hair. We have a real crack [at the market] because we have clinical advantage. The technology is there to deliver.” 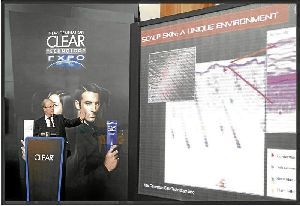 Clear, which is sold only in 40 markets, claims to sell 100 bottles every second. In the Philippines, while a relatively new entrant in the shampoo market, Clear is a close No. 2 in the anti-dandruff segment, according to Centeno.

The company also stressed its commitment to the environment with a new, streamlined packaging that has increased “cubicle efficiency,” meaning, there’s less secondary packaging, ergo they’re able to fit more corrugated cases in a delivery truck, ultimately using less gas. All locally sold Clear products are manufactured in the Philippines.