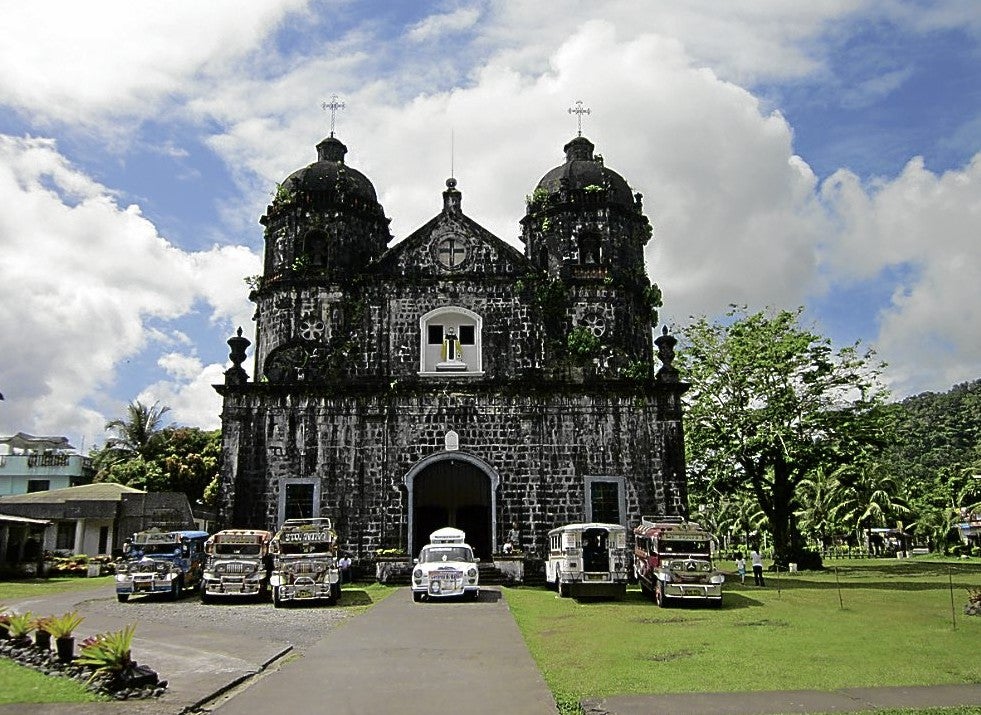 ALBAY has many interesting historical churches.

Legends and surprises in Albay

It is the story of three mountains, rather three maidens, a prequel written by poet Jun Balde of Albay who is like every good Bicolano oragon (hot). The three sisters were known as Masaraga, Malinaw and Magayon.

Intrigues and sibling rivalry unfortunately led to the untimely deaths of Masaraga and Malinaw, and so remained only the beautiful Magayon.

Magayon became part of a love triangle. To save her father from the vicious Paratuga, she agreed to marry him. She despised him; she loved only Panganoron who had saved her from drowning. In fact, she was carrying Panganoron’s love child! OMG.

Things soon came to a head.

Panganoron summoned his followers and, to rescue Magayon, they attacked the wedding feast. In the ensuing fight, both Magayon and her lover were killed.

Magayon’s grave became a hill, which grew and grew and became the majestic Mt. Mayon, one of the most photographed volcanoes in the world.

The month-long festival in this fiesta-crazy province will last until May 10. Among the judges in the dancing competition was actor Jhong Hilario.

That day, competing youths from all over Bicolandia, dressed in all their finery, danced frenziedly, chanted and somersaulted, goaded on by throbbing drums and backdropped by movable giant props.

The festival underscores the provincial government’s thrust toward eco-tourism and economic development. At the same time, Albay is becoming increasingly conscious of its past (Battle of Legazpi, 1900), its heritage museums, archeological sites, ancestral homes, landmarks and memorials, and great churches.

Interesting churches in the province include St. Gregory the Great Cathedral in downtown Legazpi; the famous Our Lady of the Gate Parish (now white-washed) in Daraga; the St. John the Baptizer churches in, respectively, Camalig and Tabaco City; St. Lawrence the Martyr Parish in Oas; Nuestra Señora de Salvacion Parish in Joroan, Tiwi, scene of a maritime procession come August; and St. Dominic of Guzman in Sto. Domingo.

The original church in Sto. Domingo was built in 1765 and destroyed by fire. The people, through polos y servicio (community service), rebuilt it in 1822 with cut stones (piedras labradas).

Sto. Domingo, it turns out, is the hometown of composer Potenciano V. Gregorio, who wrote the immortal song “Sarung Banggi” (One Night) and other Bicolano compositions. It is a lilting song about loneliness conquered by a vision of love.

Gregorio was born here in Libog (the town’s name was mercifully changed to Sto. Domingo in 1959) in 1880, and died of pulmonia in 1939 on his way to the San Francisco exposition.

He is much honored in his hometown, where there is a mausoleum housing his remains along with memorabilia. On May 11-19, Sto. Domingo will stage the 10th Sarung Banggi festival to mark the 132nd birth anniversary of the composer.

Another surprise in Albay is Cena Una in nearby Daraga, an elegant restaurant which used to be an ancestral home. So it still sports the regulation capiz-shell windows and stained-glass doors, and houses precious photos from the late 1890s and early 1900s. There are scenes from Manila and Cebu, with the men formally dressed in white suits (what used to be called americana). On the mezzanine are drawings of great churches in the Philippines.

And that’s not all. The compound includes a tastefully-furnished air-conditioned room with a bathroom, loft (with ladder), TV, pottery, curios and religious symbols.

The price of the room per night is a cavan of rice or its cash equivalent (P1,500). Not a bad deal.

And Albay itself has many things going for it, with the spirit of Magayon hovering over the province.