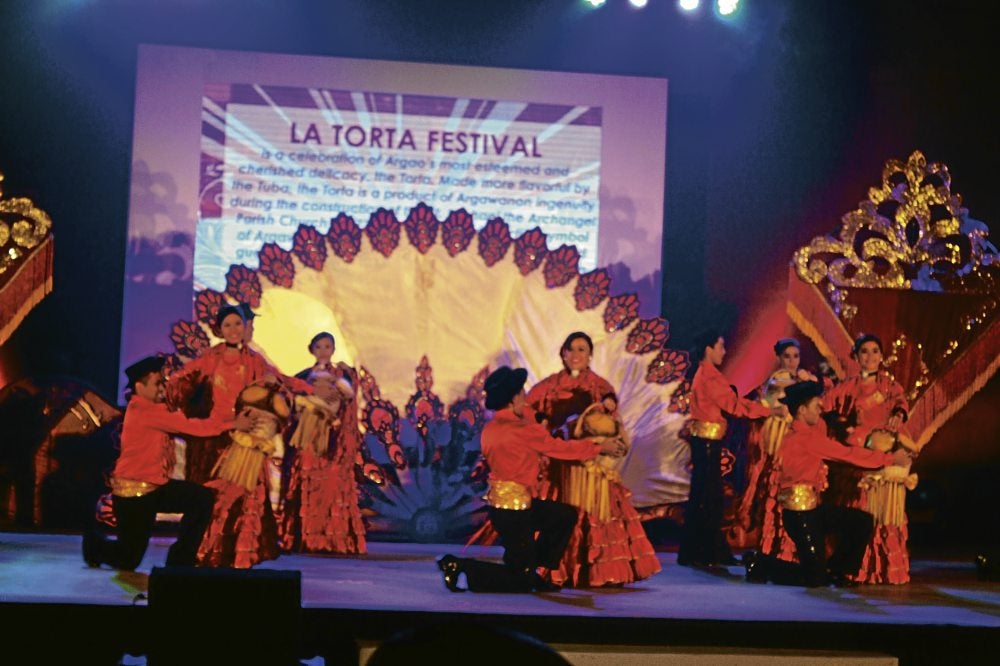 Cebu has been home to folk dance exhibitions in the Visayas. In fact, almost every town or city in the province has a dance festival: La Torta in Argao, Karansa in Danao, Kabkaban in Carcar, and Mantawi in Mandaue, to name a few.

But the Visayas as a whole has always been partial to dance festivals—the Masskara and Dinagyang street dance festivals should indicate this. Visayans are a highly expressive people, according to National Commission of Culture and the Arts (NCCA) chair Felipe de Leon, so it was only fitting that the NCCA’s International Dance Xchange festival should be held in Cebu.

Dance Xchange 2012 was led by Shirley Halili-Cruz and Larry Gabao of the NCCA National Committee on Dance, in cooperation with Cebu Gov. Gwendolyn Garcia.

In a series of workshops, local and foreign troupes performed in a multicultural assembly that showed each country’s or each Philippine region’s respective dance forms. Rather than merely perform one by one, the different dance companies were brought to dance together, led by the United Kingdom’s Big Dance Company, in what was called as the Masters’ Workshop.

Big Dance, helmed by Fiona Richardson, led the hall in a contemporary dance piece, later followed by an interpretative section. In every section, the large group of delegates was divided into three.

Despite the cultural barriers separating the dance companies, Richardson noted that respect for cultural differences became a key factor for effective exchange.

“They forget everything through dance,” Richardson said. “I know in some religions they don’t allow contact, and [everybody] respected that.”

In the interpretative section of the Masters’ Workshop, a part of the dance paired off dancers. While some dancers took to lifting their partners, others who had partners from non-contact cultures respected the latter’s cultural triat. But whether coming from contact or non-contact cultures, the groups performed with grace to a song with the lines from the English folk poem, Georgie Porgie.

Another set of dance workshops was arranged by the NCCA for those not affiliated with any professional troupe. The first workshop was led by  Joseph Gonzales of the Akademi Seni Budaya & Warisan Kebangsaan (National Academy of Arts, Culture and Heritage, Malaysia), where he and his dancers taught the Joget, a 400-year-old dance, contemporized by Mohammad Razin.

“The rhythm is like 6/8ths, and it is a very lively, playful, couple dance. They say it has a lot of similarities to Portuguese folk dance,” Gonzales said.

The Joget features the ordinary lives of people, such as how old men and women conduct themselves in society.

Another dance workshop was held by Douglas Nierras’ Power Dance. Participants found the workshop on jazz dance exhausting but exhilarating.

Lectures were also given by Debbie McRitchie of the Commonwealth Society of Teachers of Dancing and Joseph Gonzales of Malaysia.

De Leon also gave a lecture regarding the various typologies of dance, which seem to be broader than common knowledge suggests. According to the NCCA head, folk, indigenous and Moro dances, are separate from one another, and there are at least three other types of Philippine dance-academic, poblacion (city dances), and pop dances.

The differences among these dances include the object of devotion, geography and demographics, among other.

“That’s why we really have to rethink dance, because it has become mere entertainment,” De Leon said.

Prior to the rise of pop culture, De Leon  said, dances were not just mere entertainment, but rather a representation of the daily activities of people in specific a specific physical and social geography. Hence dance should be studied not just in a purely technical manner.

“Dances should be studied in their socio-cultural context,” de Leon said.

Czardas, a Hungarian music piece, was made into an original ballet by the Halili-Cruz Ballet Company. It had slow parts, which were largely focused on the central couple; the fast parts had the ballerinas in the background dancing in perfect sync with one another.

The Kaagan Dance Theatre Collective, headed by Jemael Nur Jatico II, performed the Saumpi, a lively dance that uses bamboo and fans as props, similar to the singkil, but with much variation and innovation. This dance is actually a courtship dance and symbolizes the bond between the Kaagan and Tausug ethnic groups.

The Bayanihan Philippine National Folk Dance Company did a rendition of Kami, which depicts the lives of cosmopolitan people in the Spanish colonial era. A similar dance was also done by the Philippine Normal University’s Kislap Sining.

The festival was held in Cebu City and other parts of the province. International groups scattered around the province to join local dance groups in the towns of Danao, Carcar, and Talisay in dance exhibitions.

In Danao, for example, a Korean traditional dance known as the Yemu was performed by Jang-Eun Cho. The Yemu is slow and is considered the dance of the scholar or the artist.

The IOV Indonesia Youth Sector performed a plate dance, while the Saint Louis University Dance Troupe of Baguio City performed the Binasuan. Both dances highlight a dancer’s skill of keeping either a plate or glass stable in various positions.

Highly notable was the Sinukwan Kapampangan Performing Arts group, led by Peter Agustin de Vera. Their dance showed off the Kapampangan’s religious devotion. Their props simulated a major Catholic procession, complete with the image of the Virgin Mary and back-mounted candelabras. The dance showed black-hooded flagellants, quickly echoing images of the Lenten penitents in the Central Luzon region.

It goes without saying that the workshops, lectures and performances celebrated multiculturalism and interracial tolerance. It also afforded everyone a chance to exchange ideas to advance dance and the performing arts. In the end, movement—and by extension, dance—became a definite sign of life of not just the dancer, but also the culture he belongs to.

“While people are still alive, there will still be dance,” De Leon said.