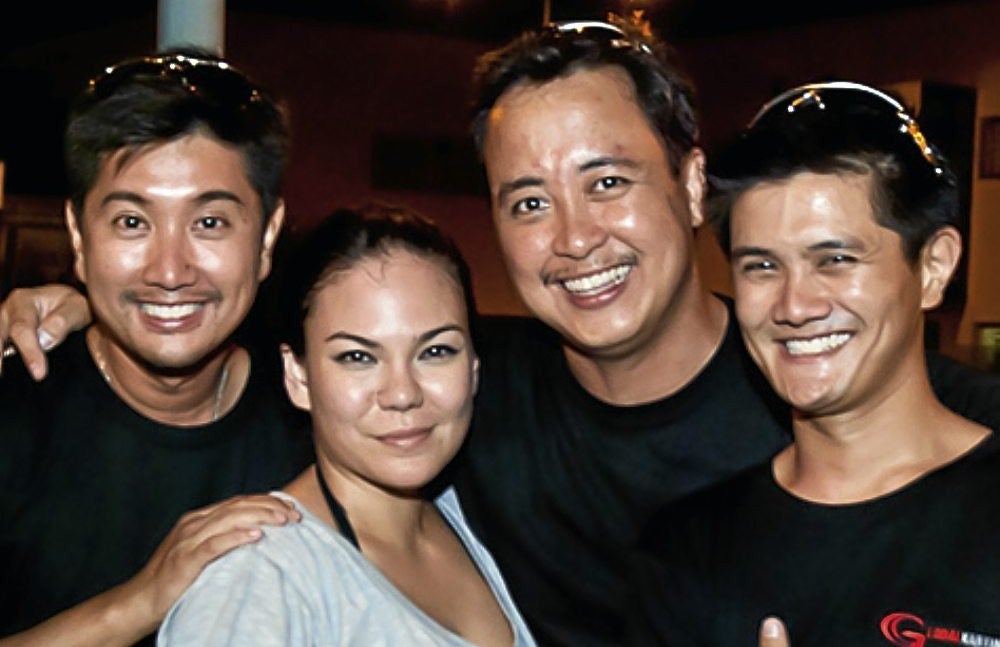 It’s still the only professional racing school in the country, dahlings, and now the renowned Tuason Racing School (TRS) took two more steps toward developing Philippine motorsports, which is good news for all you who love driving on the fast lane, palanggas.

First, they launched Global Karting Westgate (GKW), a rental karting facility in Alabang in the Westgate Compound, featuring an exciting bridge and tunnel, totally unlike any kart track in the country, and even offering rental karts and team-building activities, among others.

Second, our dedicated PR princess Cacay Moras announced that awesome founder and TRS dynamo, young owner and shaker president JP Tuason, will be racing in the Nurburgring in Germany, where he is now, for the prestigious Porsche Sports Cup, no less. After all, JP has raced and trained all over the world, and uses his training for the racing Pinoys, palanggas.

“We believe that after boxing, football and rugby, motorsports is the next sport Pinoys will be known globally for,” said JP. “By participating in an event of this caliber, more Pinoys will be able to prepare in this global arena and be recognized as a major contender for opportunities in racing in Asia,” he concluded, with applause from the invitees.

While chatting about the big boys’ favorite little toys, moi found out that JP has been supported by Castrol, Bridgestone, Standard Insurance, Toptul, Aguila Glass, Coke Zero and Oakley, palanggas, and has represented the country in the World Karting Championships in Suzuka, Japan, and Egypt, and the Asian Formula 3 Challenge, winning races in Zhuhai, China, and BRC Philippines.

Now, that’s what moving fast-forward is all about, ’di bala, palanggas?

Using groundbreaking technology from London-based app Zappar, the sultry image of Rogue’s April cover girl, Solenn Heussaff, literally jumped out of the cover when you simply pointed your mobile phone camera at the cover.

It took four months to make this high-tech cover into a minute-long video, which was creatively executed by the Philippines’ top production house, Unitel, with commercial director Nic Reyes and Rogue creative director Miguel Mari at the helm, no less.

“Magnum first approached us with the idea of collaborating on a moving cover, and we were thrilled to be the first publication in the Philippines to use this really innovative technology from the UK,” says Rogue’s young, talented and in-the-know editor in chief Paolo Reyes, no less, palanggas, adding that Zappar was responsible for the 3D movie posters of “Green Lantern” and “Harry Potter,” as well as a recent cover of Harper’s Bazaar. “We are dipping our feet into the awesome digital future—the possibilities are fascinating,” Paolo concluded.

Moi told one guest I saw the following day. “Hey, I noticed that (lips sealed on his name, palanggas) was forever yakking and yakking all throughout the speeches.” “Yes! He surely was the only one who could talk louder than the guest speaker,” my friend answered, laughing. Oh well.

Leave it to Rogue to lead the pack in moving forward for the year of the lucky Dragon, dahlings.

The sprawling garden of the Leonor Compound in the prewar old wealth section of Pasay City was where board members and officers of the Friends for Cultural Concerns of the Philippines (FCCP) were inducted for the lucky year 2012-2013. No less than CCP president Raul Sunico did the honors, then for extras, he did a special piano performance. Hostess with the mostest Nene Leonor, renowned for her home-cooked dinners, treated the members with dancing till they dropped.

With Nene as its president, FCCP is set for another exciting year of charitable activities, palanggas. This early, the grand FCCP’s major ball and fundraiser will be held at the posh Makati Shangri-La Ballroom, with international artist Lea Salonga as guest performer, no less, dahlings.

It will surely be a night of fun for a great cause, palanggas.

Hey, here is another, renowned name for eons—Cinderella! They’ve also moved forward, dahlings, and opened their new store in Binondo’s hot shopping spot, on the third floor, with Cinderella bringing in Esprit and Clarks to the second level, providing shoppers with a wide array of choices, as envisioned by its developer, Megaworld Corp., palanggas. The mall mixes fashion and dining establishments, in the 108,000-sq-m area. Lucky Chinatown Mall will be the first full-scale shopping mall in the Binondo area.

Being in the right place at the right time, Cinderella will totally be a fruitful and fun experience with the label’s offerings of casual separates and smart, polished attire. Consider it Lucky Chinatown’s very own lucky charm, palanggas.