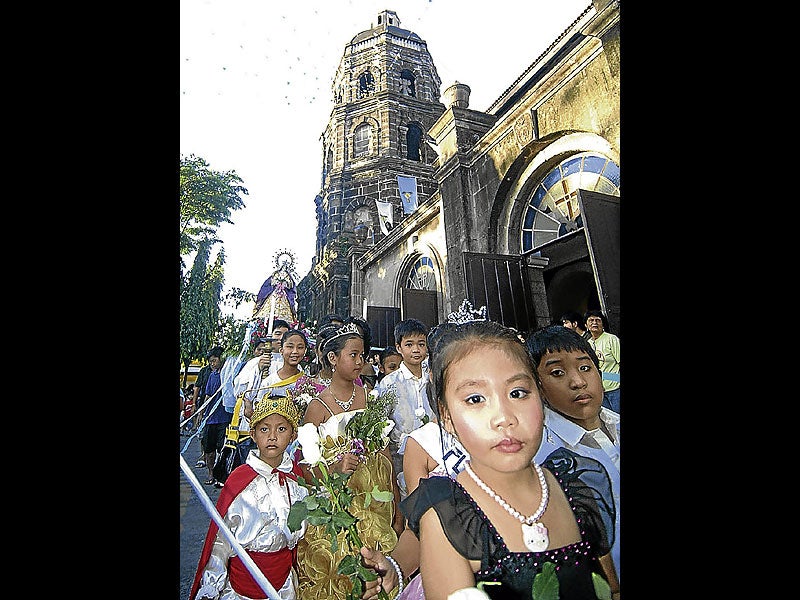 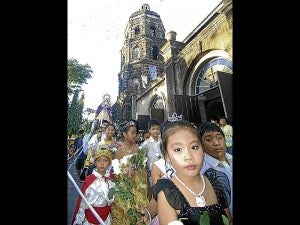 MANILA, Philippines — The president of the Catholic Bishops’ Conference of the Philippines CBCP) urged the faithful on Tuesday, not to turn this month’s Flores de Mayo festivities into mere pageants of beautiful women and “strongly discouraged” the “third sex” from participating in the processions.

Cebu Archbishop Jose Palma reminded their flock that the festivals of May were meant as offerings of prayers and flowers to the Blessed Virgin Mary and not beauty contests.

Palma said he was really praying that this year the flock, would be more enlightened about the true essence of the month-long celebration culminated by the Santacruzan, a novena procession on the last day of the Flores de Mayo.

The procession is held in honor of St. Helena, mother of Emperor Constantine the Great who was said to have found the relics of Christ’s cross in Calvary, according to Palma.

As the legend goes, St. Helena discovered three crosses and instructed one of her sick servants to lie down on all the three. The servant was said to be miraculously cured upon touching one of the three crosses. This was then determined to be Christ’s cross.

Since its introduction in the Philippines during the Spanish period, Filipinos continue to celebrate the santacruzan, usually marked with a procession of embellished floats and ornately dressed characters representing the various religious characters.

“We should all reflect on the celebration of Flores de Mayo, which is a time of offering flowers to the Blessed Virgin Mary,” said Palma over Church-run Radio Veritas on Tuesday.

“It is a beautiful tradition and I pray that the Santacruzan will not be reduced to a mere parade of pretty young women and the third sex.  It must be an expression of prayer and faith and the gift of the cross,” added the leader of the Church hierarchy.

While other Catholic bishops do not necessarily ban gays from joining the Santacruzan, Palma stressed on Tuesday that the dioceses and archdioceses of the Catholic Church “strongly discourage them from participating in the procession.”

“We discourage anything that would distract the people from their faith and devotion and from the important roles of Mama Mary that we would like to honor,” said Palma, adding that it should not become an avenue for gaining popularity.

As much as possible, they should not turn the event into a fashion show or treat it as a mere venue for merrymaking, he said.

“We should respect tradition… it’s a sign of faith and an event to honor the Blessed Virgin Mary,” stressed the senior prelate.

“I hope the people would refrain from staging parades for popularity’s sake or to showcase lewd clothing especially among women and even the gays because it doesn’t look good,” added Palma.

In many provinces, the processions are often occasions for gays to parade in female or transgender finery.

“Let the Blessed Virgin Mary be the center of the celebration and I hope it will always be in the spirit of faith and gratitude,” he added.

For his part, Lipa Archbishop Ramon Arguelles said reducing the holy celebration into a fashion show could be considered “blasphemy.”  He suggested that people pray the rosary to make the event more meaningful.