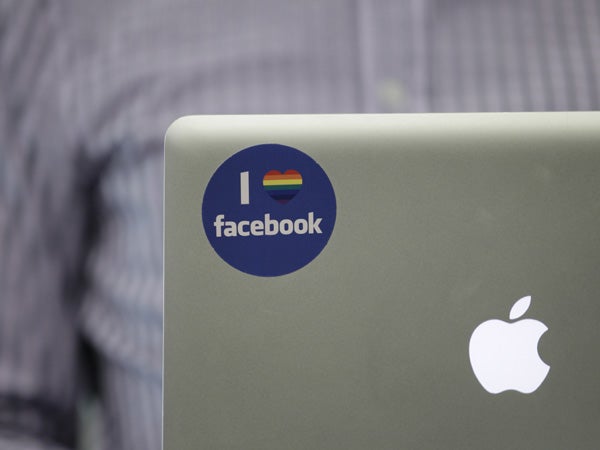 WASHINGTON – Facebook’s big stock offering on Wall Street must be followed by an intensive debate on Main Street about social media’s powerful impact on children, an expert on the topic says.

Jim Steyer, founder of Common Sense Media, a San Francisco think tank focusing on media and families, said the technology that Facebook represents is having “an enormous impact” on youngsters, families and schools worldwide.

“We need to have a big national, if not global conversation about the pros and cons of that,” Steyer, a father of four who is also a civil rights lawyer and Stanford University professor, told AFP in an interview.

While social media such as Facebook, Google Plus and Twitter offer “extraordinary possibilities” in such areas as education, he said, “there are also real downsides in a social, emotional and cogitative development way.”

“Hopefully, after the flurry of the IPO and after the valuation of Facebook is done, then we can have a very serious ongoing discussion of what this means,” he said.

Steyer was in Washington to promote his just-published book “Talking Back to Facebook: The Common Sense Guide to Raising Kids in the Digital Age,” which argues for greater parental involvement in their children’s online lives.

“Whether we like it or not, kids are now spending far more time with media and technology than they are with their families or in school,” – as much as eight hours a day on average in the United States alone, he wrote.

Steyer is particularly critical of Silicon Valley tycoons – he knows many on a first-name basis – who, unbridled by government regulation, insist that privacy no longer matters in an increasingly interconnected world.

“This extraordinary revolution in digital media has been driven by young (software) engineers, many of whom are not parents, many of whom are somewhat socially awkward and many of whom have not really thought through the social and emotional consequences” of their products, he said.

“There is an arms race for data, and to build things as fast as possible … but that’s not a great strategy when you’re talking about kids,” he said, accusing tech outfits for “not respecting the concept of privacy.”

Earlier this week, a Consumer Reports survey found nearly 13 million US Facebook users – out of 157 million, and 900 million worldwide – do not use, or are not aware of, the site’s privacy controls.

Girls are especially vulnerable, Steyer said, with studies indicating that many body-conscious teens are photoshopping images of themselves so as to look thinner and score more “likes” among their friends.

By way of advice to parents, he recommended “personal technology time-outs” and banning smartphones at the dinner table. “Meal time should not be tech time,” he said.

Children must also be taught to reflect before hitting the “send” button on something they might later regret, refrain from anonymous comments, and not to believe everything they read or see online.

On a governmental level, Steyer suggested the United States follow Europe’s lead in privacy regulation and introduce an “eraser button” enabling users to wipe off anything they might have posted in the past.

“We need clear and simple rules (around privacy) for the tech companies, too, because right now they’ve dominated the debate and they’ve set the rules themselves,” he said.

But the immediate responsibility, he said, falls on moms and dads.

“It’s part of parenting 2.0 today, so you have to do your homework,” he said. “You have to actually learn the rules of the road… and then you have to set clear and simple limits for kids, set clear rules of behaviour – and you have to be a role model.”

“If you’re constantly addicted to your cellphone or your ‘CrackBerry’ then that’s not sending a very good message to your kids.”