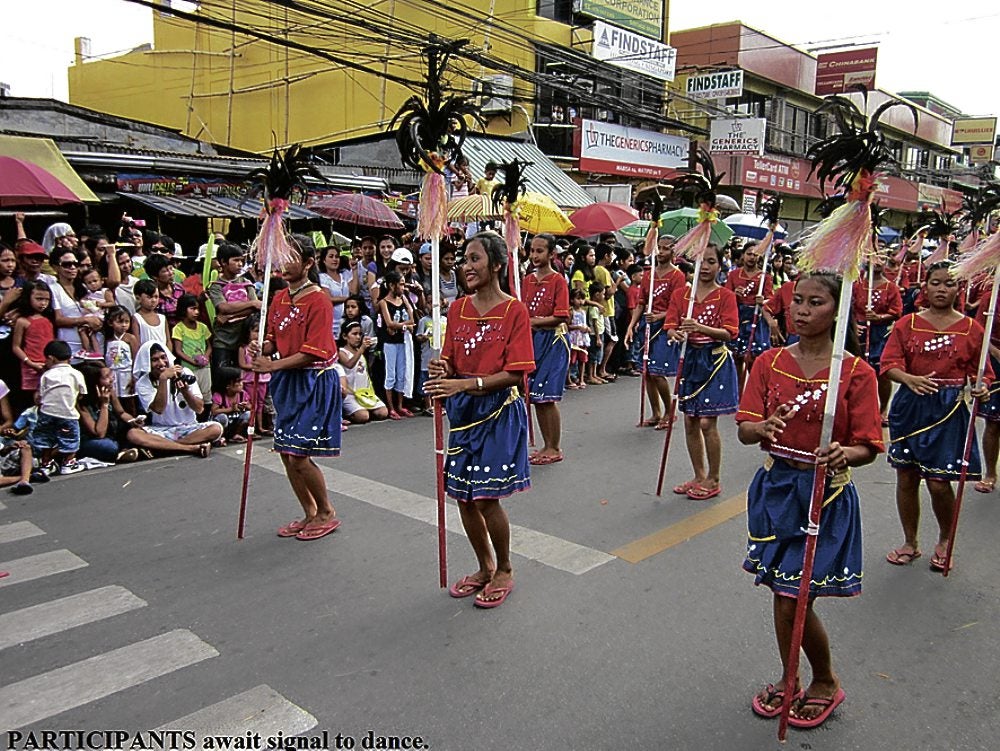 In the heart of Isabela’s Santiago City, crossroads of the Cagayan Valley (Region 2), is a plaza where stands, amidst a cascade of fountain waters, a monument to Apolinario Mabini, shown seated on a chair.

It is an unexpected but welcome sight, for I was expecting the ubiquitous genius José Rizal or perhaps some local hero. Does Mabini have a special significance for the people of Santiago or Isabela?

“No,” replied a friend who visits the city often. “They just admire him for his traits.” That is indeed a good reason to pay tribute to one of our brightest and most uncompromising national heroes.

Santiago is basically a trading town, so you won’t find too many historical landmarks or heritage structures here. One shining exception is the grand Balay na Santiago, a “living museum.”

The two-story, relatively new structure has a sense of space and scale. The first level is a wide open area for exhibits; at the time of our visit it was filled with higantes (giant effigies) being prepared for Pattaradday Festival.

In the upper levels you find a period dining hall, rooms with four-poster beds, tribal implements, Ming Dynasty plates and jars; and a replica of a bahay-kubo (nipa hut), which is not lowly but genuine Filipino architecture.

Enter Balay na Santiago and you feel the time machine has transported you back into the 18th or 19th century, for the museum recreates the ambience of a bahay-na-bato (great house of stone).

Now serving her third term is Mayor Amy Sison-Navarro, who hails from Lingayen, Pangasinan, and is an art lover. Her collection started years ago when, as a young nurse, she would accompany her doctor husband José during medical missions to the rural areas in the city.

She admired the old Chinese and carnival pieces, cups and plates, and the patients of her husband would either give it to her in gratitude for her services, or she would buy these. “Little by little, my collection grew,” the mayor recalled. “My brother Manny (Emmanuel Sison, owner of Book Sale) encouraged me.”

And now she has an Alcuaz and a Nemiranda, along with religious pieces and santó which otherwise would have been destroyed by born-again Christians.

One of the big events of the city is the annual Pattaradday Festival, a dance spectacle which was held during the first week of May. Pattaradday is the Ibanag word for unity, and it is this theme—an advocacy of harmony among the city’s 18 ethno-linguistic groups, indigenous peoples as well as lowlanders—which galvanizes the festivities.

Among the special guests were singer Christian Bautista and visual artist Nemiranda.

Huge crowds thronged the avenues, and police had a hard time controlling them. The choreography was described as authentic, as this was taught to the students by the research-oriented Ramon Obusan Folkloric Group.

A regular feature of the festival was “La Gran Battalla” (The Great Battle), depicting St. James the Apostle’s conquest of the moors.

One highlight was the higante of President Aquino: It was a tribute, so the effigy wasn’t burned.

Participating dancers came from all over the region, bringing with them glimpses of their own festivals, like the Bangus Festival of Dagupan City, Pangasinan. It was this cross-sectional diversity which has inspired drumbeaters to describe the much-awarded Pattaradday as “the festival of all festivals.”