In praise of the ‘asong Pinoy’ | Inquirer Lifestyle ❮ ❯ 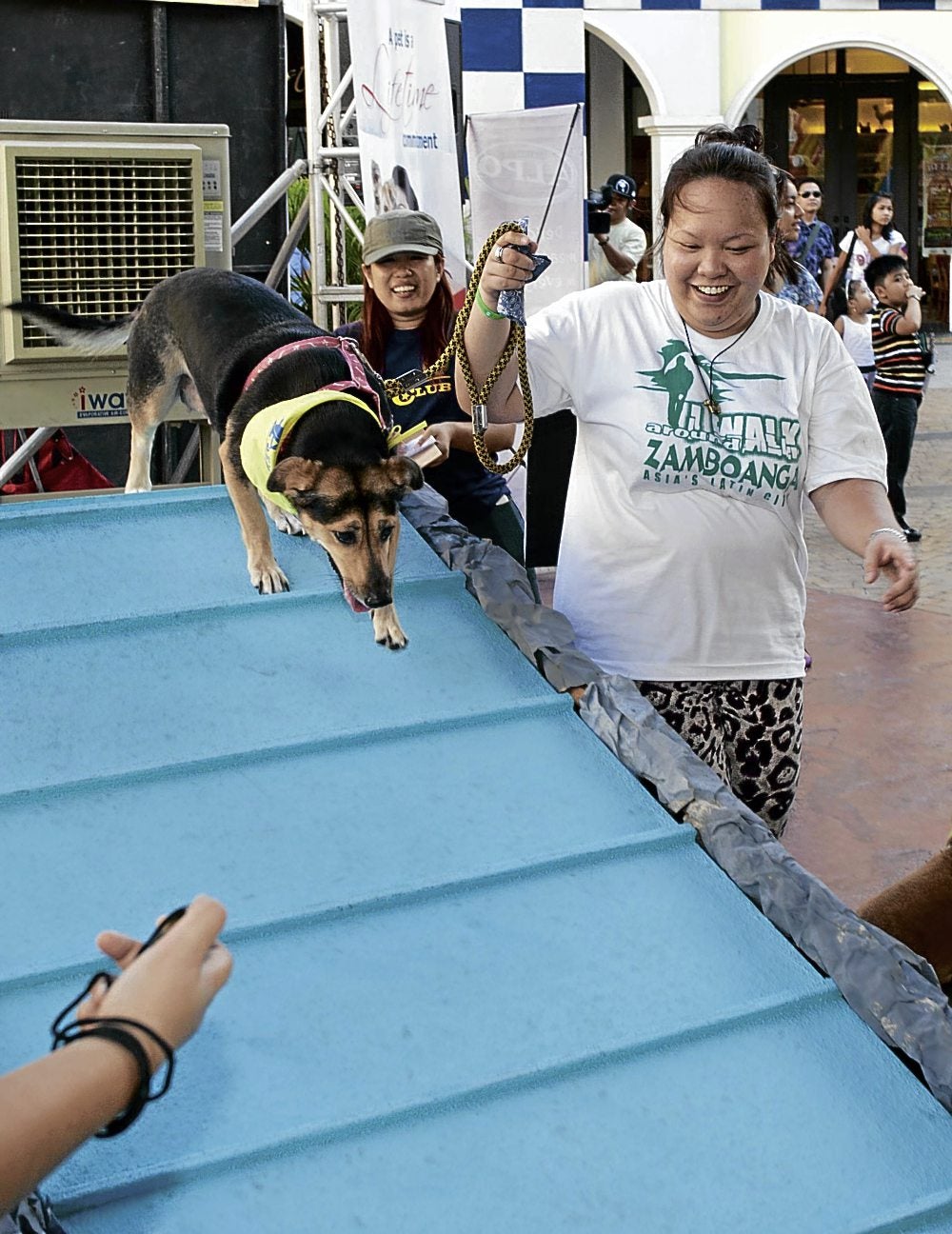 AN ASPIN takes on the “Climb Every Mountain” challenge

In praise of the ‘asong Pinoy’

Yes, there were some pure-breed dogs, like a couple of cute pomeranians, a sharpei, and even special guest and celebrity spokesperson Heart Evangelista’s German shepherd.

Still, it was pretty clear that these critters were guests who had turned up to show support. The star of the show was undeniably the aspin, the asong Pinoy (formerly called askal, or asong kalye), the mixed-breed mutts of all shapes, configurations and sizes, and their adoring owners, who turned out in full force to prove that love really knows no pedigree. 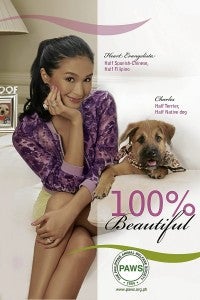 The event was Ready-Set-Dash, an activity of the Philippine Animal Welfare Society’s (PAWS) Aspin Club. Held last April 29 at the Venice Piazza in McKinley Hill, with the help of sponsors like Alpo, BetterDog Canine Behavior Center, McDonald’s and Frontline Plus, it was a delightful gathering that had dogs and their owners participating in 10 different challenges, tests of agility given fun touches by the people of BetterDog.

Thus, your typical hurdle was amped up with a shower of water and called “I Made It Through the Rain.” A walk riddled with distracting treats was “Temptation Alley,” while your agility ramp was “Climb Every Mountain.”

“All the obstacles here were designed to use a dog’s inherent abilities,” declared Jojo Isorena, the guru and respected dog trainer and behaviorist behind BetterDog. “There’s nothing here that the dog was not designed to do.

“Aspins are as trainable as any dog,” Isorena continued. “It’s just that many aspins have a higher level of fear or shyness. I personally feel it’s genetic evolution; the friendlier dogs that approached humans readily were the ones that got eaten, because they were easy to catch. But if a dog is willing to come to a human and take food or play with a toy, it can be trained.” In fact, Isorena is proud that another aspin, Poypoy, rescued by Aspin Club president Nice Rodriguez, was  competing in dog agility competitions in Cebu.

“Poypoy has been given so many opportunities,” said Rodriguez of her beloved pet, who has also excelled in frisbee competition in the past. “In the beginning, I didn’t expect so much from him. Siguro I also had my own prejudices, about him being an ’’aspin lang.’ But he always surprises me.”

In a welcome address before the start of the event, Rodriguez—who has five other dogs aside from Poypoy, four of them aspins—told club members that it was about time there was more respect for and good news about aspins, instead of just hearing about how they are slaughtered, abused, kinakaladkad sa likod ng tricycle, o pinapasok sa sako.”

It was this obvious discrimination against the aspin that got PAWS focusing on them, said executive director Anna Cabrera.

“In a household, the common scenario was that there would be an aspin outside as a guard dog, while the shih tzus, pomeranians and golden retrievers shared the indoor space with their owners. In pet-friendly places, we noticed that only purebred dogs would be walked or taken to the groomers.”

Most alarming, Cabrera said, was that 98 percent of the cruelty calls PAWS got involved atrocities committed against aspins or native dogs. Then, if they aren’t eaten, run over, or stricken with disease on the streets, they are caught by dog pounds and euthanized.

PAWS was also behind the name change to give the native dog a better image—from “askal” (long before the football players sexified the label) to “aspin.”

In 2009, PAWS started a campaign to “See Beauty Beyond Breed”; with the establishment of the Aspin Club in 2010, with the catchy motto “My aspin is in” and Heart Evangelista as spokesperson, the native dog’s image has certainly come a long way.

Fact is, the aspin has done pretty well for a breed that doesn’t get much attention, and, especially in the provinces, doesn’t ever get to visit a vet until the dog is practically dying, says PAWS resident veterinarian Dr. Wilford Almoro, who has treated countless aspins in his three years with the animal welfare organization. “In terms of health, they’re more resistant because they have adapted to the situation, the climate, and the environment.”

Almoro believes that the lack of value we give native dogs is quite telling of our own views. “Aspin, shih tzu, pit bull—they are all the same, they need the same affection. So I don’t see the point of considering aspins inferior. When someone says,  ‘askal lang,’ it’s like you’re saying, ‘Pinoy ka lang.’ Does that reflect how we see ourselves? That’s why natutuwa ako when I see someone bringing an aspin to a mall—it says a lot about the confidence of the owner, as well.”

Like Rodriguez, I had grown up with my own prejudices, having had a succession of pure-breeds, from a lhasa apso to a Belgian malinois and my last pedigreed dog, Banana, a labrador retriever. Then, on May 9, 2009, Banana found a mangy puppy at our gate, and Kikay entered our lives. Today—a year after Banana left us—I am still marveling at the complex, delightful character of this dog that is feisty and independent, but filled with an inherent lambing (there’s no better word) that is, really, so Pinoy.

It’s been hard to earn Kikay’s trust, but now that she’s given it to me, the rewards have been great. Case in point: as she negotiated the various hurdles, she would hesitate, but forge ahead when she saw me at the other end of the obstacle, or heard my voice.

Kikay did so well, we ended up in third place (after champions Tonjee Francisco and Chocnut, and second placers Rodriguez and another of her rescued aspins, Manda), and my aspin brought home her first trophy, handed to her by Heart Evangelista herself!

During the program, Evangelista also unveiled two gorgeous new posters of herself posing with aspins, proclaiming the benefits of adoption and declaring herself a beautiful “mutt” of Filipino, Chinese and Spanish ancestry, as well.

“If you have a broken heart or are going through a tough time,” she asserted, to much clapping and teasing by the audience, “a dog can give you unconditional love!”

“What do aspins have going for them? They have good owners who don’t give their dogs any limitations,” said Isorena. “They make the best companion dogs. They’ve even become status symbols!”

“They’re survivors, and their loyalty is something else,” says Rodriguez. “Especially with rescues, you feel mas loyal sila, and you feel their gratitude.”

“Aspins are special because they are so forgiving,” says Cabrera. “I’ve been a rescuer all my life, and I’ve yet to get over the fact that a native dog that has just escaped slaughter will wag its tail when you speak gently to it. Our adopters swear by their aspins’ loving nature—as if they appreciate the good life, because they know what it is to have come from a bad place.”