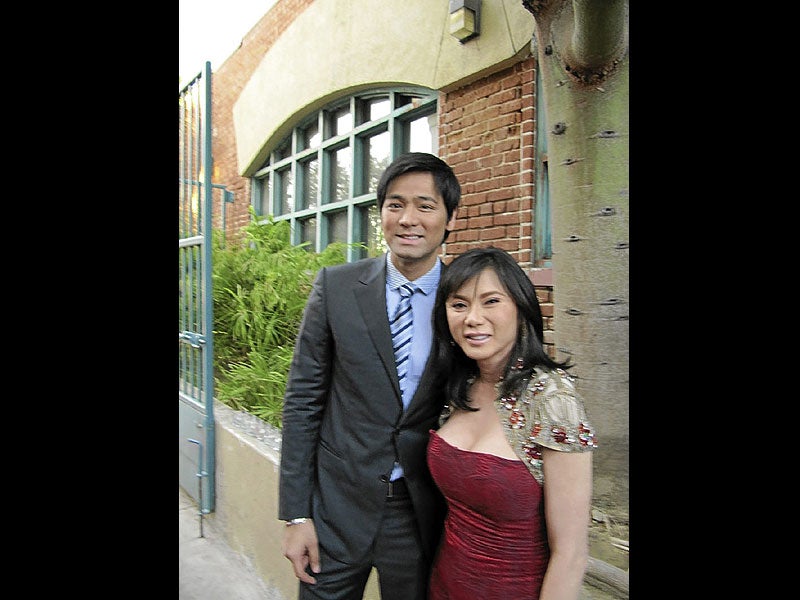 Vicki and Hayden are getting married (surprise?) 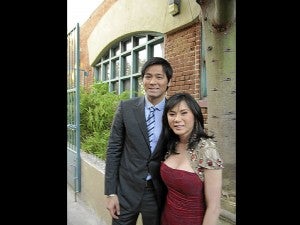 After staying under the radar for several months, controversial lovers Vicki Belo and Hayden Kho Jr. are back in the news these days after admitting in a TV interview that, yes, they’re finally giving marriage a go.

Vicki, 54, is reportedly seen these days sporting a princess-cut diamond engagement ring with a diamond-studded band given by Hayden.

Although the beauty doctor insisted that they’re not “show biz,” the public can’t help but again be enthralled and perhaps titillated with this turn of events. She also insisted “we don’t have a date” yet and declined to elaborate pending the resolution of “some complications.”

But life isn’t fair even to someone as seasoned as Vicki and Hayden, a trained doctor. Even after declaring  their intentions to the world, the two have yet to overcome the cynical perception that theirs is more of a partnership of convenience. Yet the relationship, you must admit, has survived against great odds.

Their actions, particularly their unguarded moments, may prove their detractors wrong. I was with them in Los Angeles to cover the launch of Belo’s skincare center last month, and have seen how happy and comfortable they were in each other’s company and in the presence of others. You could sense that their relationship, no matter how sappy it sometimes appears, is built on deep friendship and respect.

At one point, Hayden complained how some people continued to treat him as a young sex object, dropping double entendres and even going as far as squeezing his behind during photo-ops. Vicki just gave him that knowing smile that seemed to say, “Honey, that’s the price of being a public figure. Deal with it.”

Of course, the age gap sometimes showed when, for instance, the group decided to catch “X-Men” at an LA multiplex. With only a few minutes to spare before screening, the long-legged Hayden, a gadget geek like most men his age, walked briskly, since he planned to make a detour to a Sony outlet, leaving Vicki several steps behind.

Vicki, looking more amused than anything, complained aloud, more for effect, that she was beginning to look like KC Concepcion with an absentee boyfriend.

Vicki, of course, was referring, to how KC once complained to Boy Abunda on national TV how supposed boyfriend Piolo Pascual failed to call or even text her on her birthday.

As soon as he heard this, a smiling Hayden stopped and waited for Vicki to catch up, and the two were again arm in arm, only to part ways a few steps later. Hayden went ahead to satisfy his curiosity at the Sony store, while Vicki and the rest of us trooped to the tills to buy tickets.

But Vicki can also be sensitive about the issue. Several months ago, when Inquirer Lifestyle’s Playtime, for instance, echoed the sentiments of not a few people  casting doubt on the rather unconventional pairing, she made her displeasure felt by relaying it through an emissary.

Despite all that flamboyance, Vicki has no illusions about their May-December affair. She even likes to emphasize the 24-year age difference between her and Hayden during interviews. Even her mother, Nena Belo, who’s normally circumspect about such matters, couldn’t help but think aloud:  “Medyo mas bata yata siya sa iyo, iha.”

“Other than that, she hasn’t said anything,” Vicki shared. “I’m happy and relieved.”

Can such relationships last? More to the point: Is Vicki to be envied, since Hayden is much younger and such a looker, or is it the other way around, since Vicki is already an established doctor, and has also proven herself to be quite an astute businesswoman?

Inquirer Lifestyle did an informal survey, and here are our respondents’ thoughts:

Age disparity should not be an issue, to society, if it is not an issue to the couple. I believe in “live and let live.” If they are happy, we should be happy for them.

I know Vicki and Hayden—they both have good hearts.  They have common interests, and in fact, I used to see them play squash every Sunday morning, and even had the chance to join them a few times. I am not surprised at all that their relationship works.

We cannot generalize whether May-December relationships are for keeps or not. We should not expect. We can only hope.—Patrice Ramos-Diaz, fashion designer

I don’t think this type of relationship can be typecast or pigeon-holed. There are many factors why two persons enter a relationship. The reasons may be physical, emotional, or even material/financial. But between two consenting adults, what constitutes a relationship but two persons needing each other? However, it is the “older” partner that bears the burden of “carrying” the relationship. Therein lies the catch.—Eric Pineda, fashion designer

Relationships work or don’t work not because of the age factor, but because some young people are mature and discerning, while many oldies continue to be emotionally challenged well into their sunset years.

In a typical May-December affair, the older party, being more mature, is more patient and understanding, giving the younger one more space.

Society is not very approving of such romances, even in these more enlightened times. There is always doubt over the parties’ motives.

With regards to Hayden as a looker and trophy boy, and Vicki as the older, more established partner, I think there is some degree of mutualism involved here.—Bayen Elero, director, corporate affairs, Philip Morris Fortune Tobacco Corp.

Just like in any other relationship, it works for Vicki and Hayden because both personalities complement each other. In my case, my much younger significant other is a go-getter, and I’m the more passive one.

But there will be hindrances. Since one is older, it could mean he/she has more experience than the other. The older partner has a tendency to be more jaded and could meddle unwittingly in the other person’s self-discovery.

The burden is on the older person to be more aware of it and make adjustments in the relationship. Otherwise, the younger partner’s journey won’t be complete.

If Vicki and Hayden are happy with each other, so be it! Both are lucky to have each other, and they seem to be genuinely happy.—Noel Crisostomo, fashion designer

I’m in my so-called May-December relationship, too. I’m 40 and the guy is 23. What makes it work? Perhaps when one is older, one becomes more understanding toward the younger partner.

I once asked him what he saw in me that made him decide to enter into a relationship. He told me that he sees in me many persons rolled into one—mother, father, partner, lover, friend and groupie.

The foremost hindrance I see, of course, is still the age gap. No matter how secure you are, you can’t help but think of the possibility that he might someday find somebody his age.

I don’t know the story behind the Vicki-Hayden romance, but based on what I’ve read, Vicki could put any gay enabler to shame, the way she loves and pampers Hayden.

I doubt if this guy, whom the whole world knew cheated on her, truly loves her, or is just in it for the perks that go with being involved with someone as accomplished as Vicki.—Jojo Terencio, corporate communications executive for a multinational company

With regards to May-December affairs, I think age is not really the issue here. What is important is the level of maturity of each partner. They always say women mature faster than men, thus a woman should find an older man so they can be “equals” in this aspect. I don’t think that’s true anymore. I see a lot of immature individuals, regardless of age!

If both parties know how to give and take and not make each day all about him or her, then it will work.

What Vicki and Hayden have, if it’s real, is something to be happy about. I think the relationship in itself is the one that is envied, because that is a rarity. Or then again, I may be wrong. Maybe there are a lot of May-December affairs out there that are as successful but we just don’t know it because they’re not high profile couples like Vicki and Hayden.—Ruby Gan, entrepreneur, fitness buff and fashionista

I think a May-December relationship, like any romantic relationship, works when needs and expectations  are being met by the other person—two-way, not one way.

There are more challenges in making it work because it’s not a conventional relationship as defined by society and by traditional gender roles.

Also, it’s harder to make a relationship work when you are not in the same stage in your life.

Yes, I think such relationships are for keeps if needs and expectations of both parties are continuously met.

I think in their case, it’s a win-win situation, because, on the surface, I would say that Vicki is a notch on Hayden’s belt and Hayden is one on hers. —Lillianne Sy Santos, US-based paralegal.

The eventual realization that the sources of these “largesse” are not bottomless pits could spell the beginning of the end for such relationships.

I don’t think they’re for keeps.

Should either of them be envied? It looks like Vicki and Hayden are both happy with each other, as of now. That’s good.  The world certainly needs more happy people.— Bob Zozobrado, PR whiz-turned-academician