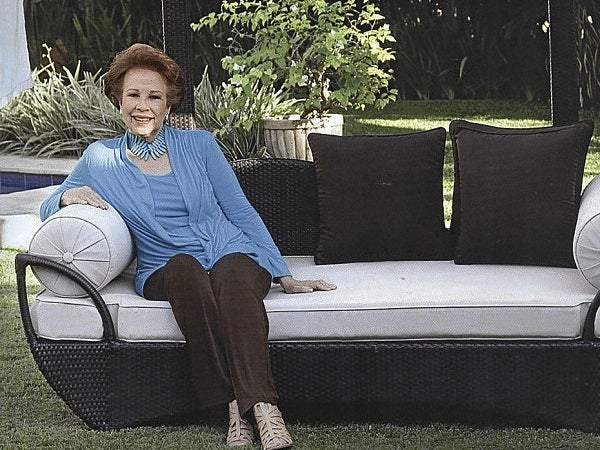 Cebu is in the world map as an important center of finely made furniture. One of its innovative exponents is Heritage Muebles Mirabile Export at Soong I in Mactan, Lapu-Lapu City.

This is a five-hectare realm where Charles U. Lim and Sunshine Barcelo Lim have their home, a school, a factory and an extensive display area. To celebrate the firm’s 18th anniversary they held the unveiling of their latest collection.

Guests of honor to cut the ribbon were Cebu Gov. Gwendolyn Garcia and lifestyle icon Rosebud Sala. They complimented the Lim couple for the furniture’s elegant lines, functionality and light material, good for indoors as well as outdoors.

It is not just tables, chairs, and all manner of seats, but also a whole gama of accessories. Among the admiring crowd were Gavin Bagares and Honey Loop who had helped organize the event; Joe Recio who won one of the chairs raffled off; and Cebu fashion czar Philip Rodriguez who had posed with the furniture for the glossy catalogue.

Rolando “Sonny” Espina and his wife of 49 years, Mila Castillo Espina, celebrated their golden wedding anniversary a full year ahead. There was a solemn mass at the St. Exekiel chapel in the Basak, Pardo, campus of the University of San Jose-Recoletos.

“They prepared everything,” said Mila, who joined the university as its dean of Arts and Sciences in 1964. Guests received a leaflet wherein she recounted, with quite a dose of good humor, her and Sonny’s love story.

They met in March 1960 in Manila in, of all places, a wake for Sonny’s uncle. Elvis Presley was Mila’s idol at the time. Sonny looked, sang and played the guitar just like Elvis. By July they were “steadies.”

The love story evolved through the next three years. Mila taught at various schools in Manila. Sonny had a good job and studied in the evenings. When he graduated in March 1963 he was offered a job in a finance/marketing firm in Cebu. They needed him as soon as possible.

Their world seemed to shatter. Someone told Mila she’d lose Sonny as “Cebu has many pretty girls.” On the other hand, a well-meaning mentor advised,” Have a secret wedding.”

On April 22, 1963 they hied off to Bulacan for a civil wedding. Next day, April 23 at 5 p.m., hours before Sonny’s flight to Cebu, they were married secretly at the Lourdes Parish in Quezon City. Best friends Proceso and Linda Jacobo were witnesses.

They parted ways, and just as the song goes, absence made their hearts grow fonder. Definitely not “out of sight, out of mind.” By Christmas 1963 they were together again, in Manila, and told their families.

They settled in Cebu in June 1964 and made their home in Tisa, Labangon, Cebu City. “It has been smooth and rough sailing,” Mila says, recalling laughter and tears, according to what life inevitably brings about.

Through it all, they love the same food, songs, movies, and TV programs. They have travelled together, and bonded with their respective sets of friends and relatives. “We even share the same vitamins,” Mila says with a beaming smile.

Speaking of golden wedding anniversaries, Silvestre and Raddie (nèe Goopio) Calomarde recalled that morning in 1962 when they walked the aisle of the Cebu Metropolitan Cathedral for a very important date. They chose the same venue last April 14 for a solemn mass of thanksgiving and renewal of vows.

The reception and brunch followed at the ballroom of Holiday Plaza Hotel. This was an occasion to reminisce about sundry anecdotes and experiences. For one thing, Sil’s father, the late journalist Pedro Calomarde was a legend in his own time.

His paper, The Morning Times, was founded at the height of World War II, printed clandestinely in the mountains of Barili (southern Cebu) with news derived from a radio. The Japanese never discovered it. Later, as a daily, it counted with subscribers from abroad, including Queen Elizabeth II.