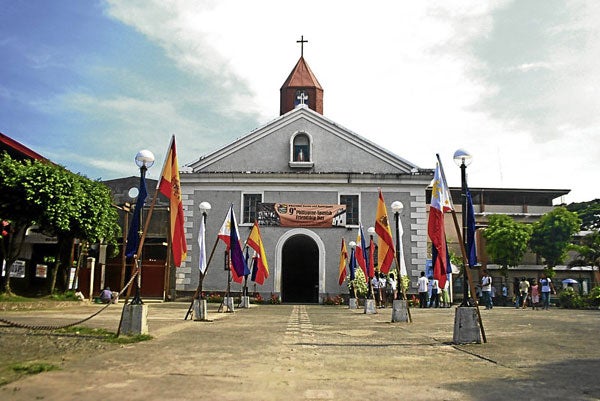 Choir of the World titleholder UST Singers serenaded the Baler folk and members of the diplomatic community who graced the event, with their versions of “Ano Kaya ang Kapalaran,” “Sa Libis ng Nayon,” “Donde Estan las Gaviotas” and “El Bodeguero.”

Rondalla de Aurora plucked their strings and rendered a poignant version of “Dahil sa Iyo” and “Maalaala Mo Kaya,” while the Halili-Cruz School of Ballet captivated the audience with their presentation of “Dalagang Filipina,” “Maglalatik” and “Cariñosa.”

Pangkat Kawayan revived the native Filipino music of “Pandanguhan” and “Tagabuhat.” The Ilongot Group performed the opening ritual through a native dance.

Dia de la Amistad Hispano-Filipina is now marked in Baler, Aurora in connection with the Baler Siege, whose 112th anniversary is marked this year.

The Baler Siege on June 27, 1898 is linked to the Filipino-Spanish Friendship Day, which was enacted into law in 2003 through Republic Act 9187, authored by Sen. Edgardo Angara, a native of Baler.

History has it that Baler was the last stronghold of the Spanish empire in the country, in over 50 soldiers were held captives in Baler Church for 11 months, without knowing that the Philippines had already gained its independence from Spain.

By the end of the siege in 1899, only 33 soldiers came out. The others had died from diseases.

‘Not prisoners but friends’

Baler local historian Ilovita Mesina, in an interview with the press, said the siege saw the friendship of Spanish and Filipinos even during the time of animosity, as there were around three occasions where carabaos (water buffalos) would go to the church, apparently intended as a food supply to the starving Spanish soldiers, some of whom had forged romantic relationships with the Filipino women during that time.

The second day of the celebration included the wreath-laying ceremony at Baler Church attended by Spanish Ambassador Jorge Domecq and Sen. Edgardo Angara and other members of the Angara clan. Education Secretary Bro. Armin Luistro, FSC, delivered the keynote speech.

In an interview, Domecq and Angara said the celebration was important for the Spain and the Philippines.

“For us it is a way that symbolizes our common past, which has many things that help us to approach the future. This would also recover the memory of our Spanish mistakes and many things that we can do in the future,” Domecq said.

“It is important that you are connected to your past. It is not good that we keep disowning our past, otherwise we will not have a clear picture of the future,” Angara said. “Whether we like it or not . . . our cuisine, arts and culture, behavior were dictated by the Spanish era.”

Jose Ignacio Bidon, Honorary Consul of Spain, and film writer-director Jesus Valbuena Garcia were also present. Both are descendants of Spanish soldiers who took part in and eventually survived the Siege of Baler.