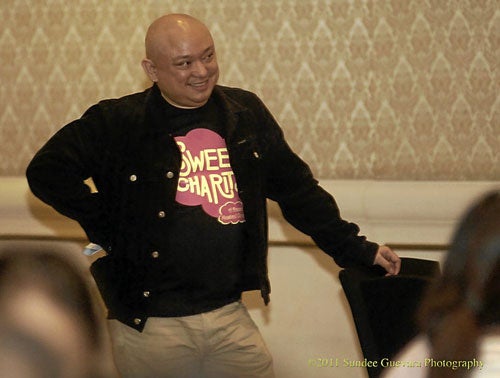 Long ago, I recall, there was this film version of a Broadway musical, “Sweet Charity,” with Shirley MacLaine singing, dancing and acting up, as they say, a storm. She and her colleagues played bar girls or dance-hall hostesses, what we would now call GROs.

It was the music, at least some of the songs, which has stayed with me through the decades. 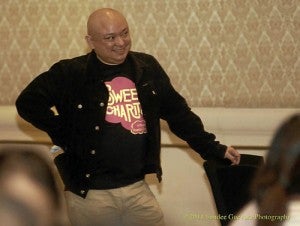 There was the hilarious “Hey, Big Spender” with at the end the big spender turning out to be, if memory serves right, a kind of strutting midget. The celebratory “If My Friends Could See Me Now” sounded, again at the end, a poignant note.

“There’s Got to Be Something Better Than This” added a moral dimension to what is billed “dance musical comedy.”

And now comes the news that “Sweet Charity,” a vintage golden oldie musical revived on Broadway in 2005 (with book by Neil Simon; music by Cy Coleman; lyrics by Dorothy Field; and choreography by Bob Fosse) will be presented in August by 9 Works Theatrical at the RCBC Plaza Theater in Makati City.

Nikki Gil stars as Charity Hope, who longs for romance but keeps on being exploited by a jerk. Her best friends are played by Shiela V. Martinez, Ciara Sotto and Sheree Bautista.

Kris Lawrence is Oscar, “a claustrophobic, wimpy nervous man” who is Charity’s current love interest and apparently more decent than the previous boyfriends.

Other major roles are played by character actors Miguel Faustmann and OJ Mariano, backed up by an ensemble of singers, dancers and actors, and 12-piece orchestra.

“It is our first time to teach dancers how to act and to teach actors how to dance,” Guevara said. “We are restaging Bob Fosse’s choreography to show his style to audiences today.”

Production numbers were staged by the ensemble of nine females and seven males. Later, all 17 performers were lined up seated on the stage and replied, or were asked to react, to the questions fielded by media. I didn’t get all their names; it was difficult to know who said what, so the reader will forgive me if the quotes are anonymous.

Some of the performers were from TV (which I don’t watch) and, in fact, one was a former member of the Hot Babes.

“You get to TV first and then you are trained,” observed another TV personality. “But here [in theater] you are trained first. The training is insane. You become stronger with the experience. We are stronger in our craft. We are thankful for the theater experience.”

A male star said: “Our purpose is to unite the A-B market of theater with the C audience of TV.”

A female performer declared that “the freedoms we are now enjoying sprang from the freedoms of the 1960s,” which is the period of the musical.

On the production itself, Guevara concluded that “‘Sweet Charity’ is an old musical but it is also a new musical. The new ending makes ‘Charity’ more resilient. There is more depth now.”