Spend your money on food and theater in Osaka | Lifestyle.INQ ❮ ❯ 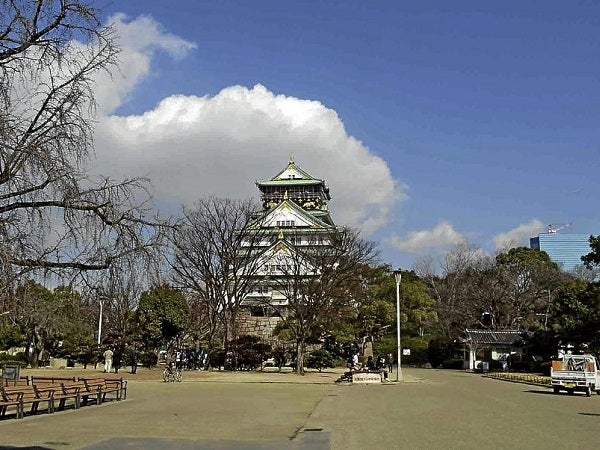 Spend your money on food and theater in Osaka

Osaka has an easygoing pace that allows for a relaxed approach to exploration.  We flew from Manila into Kansai International Airport via Cebu Pacific, and a short train ride later, we were already at our hotel.

For first-timers, it’s good to know that subway stations usually include more than one “brand” of subway line and can also include train lines. But no worries; in case you get confused, your ticket won’t allow you to enter turnstiles of a different line, and you’ll simply have to backtrack until you find the correct turnstile.

One of the major draws for families with children would be Universal Studios Japan, located in Osaka Bay’s waterfront, though the city offers a host of other sights and activities.

The old and the new

Osaka was historically the commercial center of Japan, given its bay and its location at the mouth of the Yodo River.

Shrines and temples are spread throughout the city, and it’s easy to include one or two in your day’s plans, depending on what area of the city you plan on visiting.

In the city’s upper east side, Warlord Toyotomi Hideyoshi, considered one of the “great unifiers” of Japan, built a castle that was completed in 1597 (for a bit of reference, that was the year King Philip II of Spain issued a royal decree that, in effect, established Spain’s sovereignty over the Philippines).

Carelessness, laziness, and forgetfulness left me with little yen when we visited Osaka Castle. And just my luck, they don’t let you pay for tickets using credit cards. The castle entrance is quite a distance from ATMs and banks, so we contented ourselves with walking around the courtyard grounds, contemplating the castle’s exterior.

From there, we moved south to the downtown area: Shinsekai, a district developed in the 1910s using New York and Paris as templates.  Shinsekai means “new world,” though it seems a bit frozen in time and has a rugged feel to the neighborhood.

The area is popular for its fugu (blowfish) and kushikatsu (deep fried kebabs) restaurants.  It also has a zoo and park and is home to the Osaka Municipal Museum of Art.

Osaka is known for its food, and they have a saying that goes, “Kyotoites are financially ruined by overspending on clothing, Osakans are ruined by spending on food.”

We ventured to the Namba district, with its streets filled with restaurants, to try out regional dishes like okonomiyaki (pan-fried batter cake), takoyaki (octopus dumplings) and udon (thick noodles).

Namba is part of the Minami (south) area that includes the Shinsaibashi shopping district, with its covered streets packed with stores upon stores, and the Dotonbori entertainment district, with its bars, restaurants, nightclubs and pachinko (pinball/slot machine) parlors.

For the requisite touristy photos against iconic landmarks, there is Kani Doraku restaurant’s giant crab on its façade and, by the bridge, a building with Glico candy’s (makers of the Pocky chocolate-coated pretzel sticks) lighted billboard of a man running on a blue track.

The area is also home to Nipponbashi, more popularly known as Den Den Town, the electronics/manga/anime district (comparable to Tokyo’s Akihabara).  It hosts the annual Nippombashi Street Festa (yes, it’s spelled without an I) whose main feature is a cosplay parade. The festa is held every March, and it had more than 200,000 attendees this year.

As theater fans, we made sure to visit the National Bunraku (Japanese puppetry) Theater. There were no shows when we visited, but we still wanted to see the theater and were able to view the exhibition area at the lobby.

While exploring the Namba district, we ended up walking right in front of the Osaka Schocikuza Theater, where they had kabuki shows running all day.  This is the fun of traveling without too detailed a plan, allowing for surprises along the way.

We caught a matinee show, the seats filled with senior citizens on an excursion.  Luckily, the show was a comedy, and so language wasn’t too big a barrier.  The material had several scenes of physical comedy and a very funny princess played by a very burly man.

For more Broadway-inclined tourists, Shiki Theater Company’s Japanese translation of “Sound of Music” is currently running at the Osaka Shiki Theatre, in the Kita (north) area, until June this year.  Shiki Theater Company is the same group that has translated other hits such as “Wicked” and “Lion King” for Japanese audiences.

When we set out for Osaka, my friend and I had no idea what this city had in store.  We wanted to wing it when we got there by getting free maps and brochures and asking questions in the tourist offices.

The only two things we’d prepared for, after a perfunctory Google search, was the Bunraku Theater and an apparently highly-elusive but mesmerizing water clock we’d seen on YouTube.  This water clock had drops and streams of water falling from above, forming numbers, letters, flowers and all sorts of patterns, shapes, and designs.

When we finally saw it, we did the most cheesy, touristy and geeky thing in the world: we cheered and applauded.  And we didn’t care; we were ecstatic!  It’s funny what you ascribe value to, but after that long search, we’d found our Holy Grail in Osaka.  We also discovered it’s not easy to take photos of falling water.

Tourist information for Osaka is available at www.osaka-info.jp/en.  Visitor visa information at www.ph.emb-japan.go.jp.  The embassy does not accept walk-in applicants (exceptions apply) and only accepts applications through accredited travel agencies.