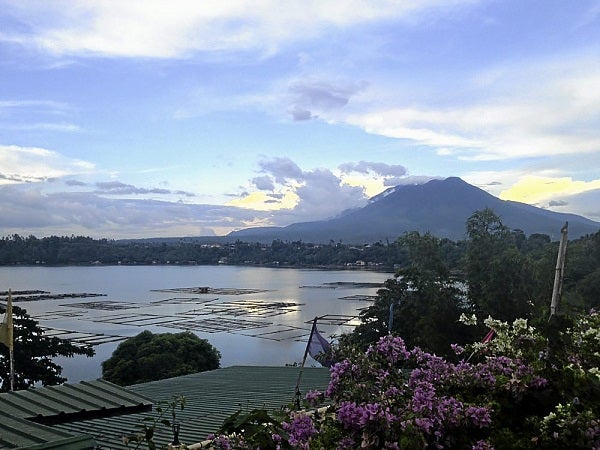 A road trip to nowhere leads us to the past

As a form of protest against low-cost carriers and perennially congested runways, I decided I would not click on Piso Fare links this month. Instead, all travels would be done on nothing more than a gas tank, a tent and a general idea of where I’m headed.

So one Thursday night, B and I packed a bag each, trolled around the web for possible road trips to take, and checked in a cheap lodge in BF Homes, Parañaque. The plan was to drive towards South early the next day with no particular destination in mind.

We found a backpacker’s inn for P700/ night. The innkeeper did not appreciate being woken up at 11 p.m., but nonetheless we were handed keys that also entitled us clean beddings. We conked out sometime during a fire report on “Bandila.”

The next day, we realized that our mission’s most important item was out of commission. The car’s radio did not work. We found a mechanic along the road whose sign said he dealt with electrical and mechanical conundrums.  Apparently, however, his skill set did not include radios. We soldiered on—to warbly music from our phones.

Of course, less than an hour later we were hungry. We detoured to Tagaytay, lured by tapa and hash browns at Antonio’s breakfast wing.

I also bought boiled peanuts on the road, which came in handy later as traffic began to build up. For added amusement, we counted the number of Collette buko pie stands we passed (17 or so).

We thought of a Tagaytay stopover for the rest of the day, but something compelled us to keep moving. To stay there would go against the trip’s purpose. There were hidden turns to take, secret roads to uncover, unknown places to conquer.

So, as the imaginary, heroic music swelled in the background, we drove past hotels, inns and lodges.

We missed our exit and under overcast skies, came upon a town with “special bulalo” signs. We were looking for the city of San Pablo, then Dolores, but we couldn’t figure out which series of “long islands” the directions were referring to exactly, after which a Laurel statue with a “raised, clenched fist” should loom ahead.

We failed to locate the clenched fist, but we managed to get to San Pablo. I eagerly surveyed my surroundings. A city I’ve never been in! A new pushpin on my map!

There was an SM to my left, a Puregold to my right. It was nearly 5 p.m. We knew we should stay the night and head to Dolores the next day. We considered the signs on the road. A small Casa San Pablo marker stood nearby. We went through its gates.

Casa San Pablo, it turns out, is a haven of country-style cabins amid greens and quirky architecture. Traffic, jeepneys, and concrete ceased to exist past its gate. We sat ourselves amid paintings, books, wooden furniture, and vintage artifacts, and a few minutes later, the owner, Boots, came over for a chat.

Unfortunately, the place was fully booked for the weekend (for two people, P1,100 each would get you accommodations and three meals; rates vary according to the number of people). He suggested several things we could do and go to instead. When he mentioned cycling around and going swimming in the lakes, or checking out potter Ugu Bigyan’s garden, I was dumbfounded. Lakes? Rafts? Sculptors? Galleries? Here?

The owner also showed us an article on Lake Pandin, where one can have fresh fish and pako salad aboard a raft manned entirely by women, who operate the tours as a means of livelihood. Then he gave us directions to all the places he mentioned and moved on, leaving us blinking at our sudden array of options.

It turns out that San Pablo is anything but generic. The city has seven lakes, the largest of which, Lake Sampaloc, sits right at the center, surrounded by small restaurants, stalls selling grilled meat, a cathedral, the plaza, and most other things you only read about in dusty novels—and fresh, fresh, fragrant air.

One of Boots’ suggestions led us to Café Sulyap, a gallery and inn that seemed straight from the Spanish colonial era, and the teleportation into the era and pages of Noli Me Tangere was complete. We got a room out of only three available, on the first floor of what looked like a modernized, grand ancestral house. (Rooms start at P3,000/ night.)

After having our free breakfast—at dinner—we headed back to the lake to watch the sun set. The mysterious, mystic outline of Mt. Banahaw loomed vast and mighty in the background. The sky was a haze of purple and blue, and the lake was a languid, limpid mirror.

Our road trip had led straight into the past. But more incredibly, we were only two hours away from the present.

(Next Saturday: The rest of our unplanned road trip)