I was at the ‘American Idol’ Season 11 finale | Inquirer Lifestyle 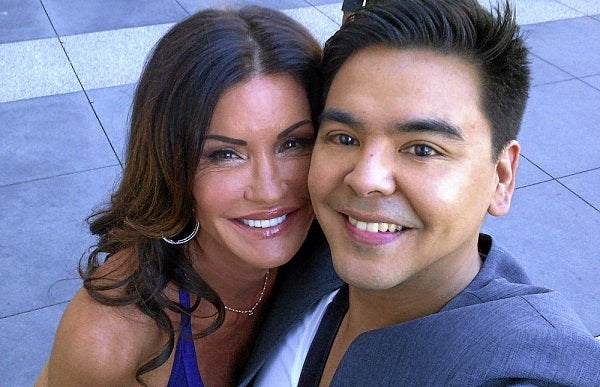 I was at the ‘American Idol’ Season 11 finale

You cannot imagine the expression on my face when I got the invitation from Fox International Channels to watch the 11th season grand finale of “American Idol.”

There I was at the Biltmore Hotel in downtown LA, up and about at seven in the morning, too excited to go to the performance of possibly one of the best “American Idol” finals since Ruben and Clay and the battle of the Davids.

I prepared for my ride to the Nokia Theater with my credentials in hand. I couldn’t help but feel giddy. After all, I’ve been glued to this show for 11 years and we had our very own Filipina-American girl, Jessica Sanchez, to root for.

As I entered the Nokia Theater, I saw a familiar face. It was Janice Dickinson (yes, the fierce and sassy judge of “America’s Next Top Model”) who was also about to watch the show. I was a bit surprised when she looked at me and said, “What are the names of the two again?”

We laughed and I said, “You’re watching and you don’t know?!”

She said, “I know, right?” We laughed again.

Inside the Nokia Theater, I took a picture of the magnificent AI set. I listened to the comments of the people around and I heard someone say that this is the year of the Asians—Jeremy Lin, Manny Pacquiao and now Jessica. They said our girl deserves to win.

I moved to the press room. I had my Mac ready for live tweets and while I was getting ready, I heard the other members of the press say that all these screaming little girls they saw at

the venue were the ones who keep voting for the “steady male singer who plays the guitar.”

One of them said, “If Philip wins, it will be another predictable ‘American Idol.’”

Nothing.” The WGWG (White Guy With Guitar) Phillip Phillips took on Ben King’s “Stand By Me” and Billy Joel’s “Movin’ Out,” then brought out all the artillery with his final song “Home.”

I think both did well and did their own thing. They definitely brought to the table what they’ve been offering us the whole season—Jessica and her vocal chops and Phillip and his heart-wrenching guitar sessions.

It was pretty clear who the judges favored, but really, you can’t compare an apple to an orange. This season of AI has given us the most diverse talents yet and Phillip and Jessica are truly the icing on AI’s cake.

I can tell you one thing though—it was funny how the judges mentioned that the contestants chose their song, but in the press room after the show, when asked if they did choose their own song, Jessica and Philip hesitated a bit before they replied that they “didn’t have time anymore to really choose a song.”

The results are in

You already know who won after the record-breaking 132 million votes.

But before that, there were a number of medleys, group performances and guest appearances.

I saw Rihanna perform her song “Where Have You Been.” No, she did not lip-synch. Chaka Khan and Fantasia joined the contestants in their respective numbers, but were remembered more for the extremely tight outfits.

I interviewed Chaka Khan for a bit and it was great to hear that she was rooting for our girl Jessica. She said, “That’s not a question, did you hear the girl sing?”

With other music superstars like Jordin Sparks, Neil Diamond, Reba McEntire and John Fogerty, the show was definitely a visual and sound feast. We even got to see AI judges Jennifer Lopez and Steven Tyler get into the action onstage with their own musical numbers.

We also got a dose of cheese from Season 5 alumni Ace Young who proposed to Season 3’s Diana DeGarmo on the AI stage for all the world to see.

It was also great to see a memorable sendoff to the late Robin Gibb as the male finalists paid tribute to him with a handful of Bee Gees classics, including “How Deep is Your Love,” “How Can You Mend a Broken Heart” and “To Love Somebody.”

And I’m telling you

Before the results, the dream duo sang their final song—the Joe Cocker/Jennifer Warnes hit “Up Where We Belong.”

It was heartbreaking to see that for the fifth season in a row, a white guy with a guitar won AI. Rocker Phillip Phillips was officially crowned the latest winner of the popular US talent search that faithful Wednesday night, amid cheers and boos.

I could see my Twitter feed flooded with hundreds and thousands of rants, complaints and congratulations. This time, while I know that some Filipinos decided to help in the vote, America still got its way.

After the smoke, the confetti settled and we got to talk to both finalists.

Phillip Phillips was still probably in shock but he humbly told us, “I never thought I’d win. I know I don’t have a remarkable voice. I just love music.”

On the other side of the spectrum, we got in touch with Jessica and she was sincerely happy for Phillip, even mentioning that she had an inkling he was going to win it all as early as the Top 3 show. She mentioned that she’s not sure yet if she’s going to Manila but is looking forward to what happens after the Idol Tour.

She did send out a big thank you to fans and talked about how extremely appreciative she is of all the love, especially from all the Filipinos who came out to support her. She said reaching the Top 2 was a big honor.

Let me quote a tweet from my friend @abe_fitch2001. “American Idol did a good job with the final 2. They chose an AMERICAN and an IDOL.”

And now, for us, it’s back to the real world…until the next season of AI.