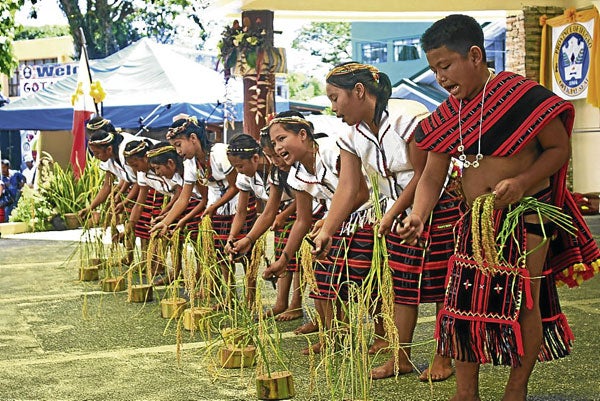 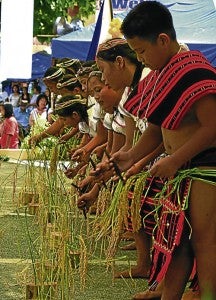 Ifugao as a province is relatively young. But its culture and civilization dates thousands of years back: Its prime attraction—the world-famous Banaue Rice Terraces—is believed to have been constructed 2,000 years ago.

So there was reason to celebrate the 45th anniversary of the province recently. Originally a part of Mountain Province, it became a full-fledged province in 1966, Now it’s part of the autonomous Cordillera Administrative Region as a result of the 1987 Constitution.

The celebration on June 14-18, called Gotad ad Ifugao, marked thousands of years of the Ifugaos’ rice culture, their progress and vibrant identity. The feast was held at Lagawe, capital of the province.

“We are thankful that 45 years have passed and we are still around (and) we are still surviving,” Ifugao Gov. Eugene Balitang said.

Aiming to preserve its culture and tradition, the provincial government, along with the National Commission of Culture and the Arts (NCCA), invited its seven municipalities to compete in a “Hudhud” chanting performance.

“Hudhud” is an indigenous epic tale with over 200 chants usually sung on special occasions. It tells the beginnings of Ifugao through stories of wars and their gods. It has been inscribed on the Unesco list of intangible heritage of mankind. 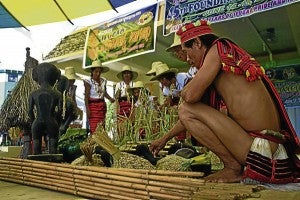 Aside from the Hudhud competition, Gotad ad Ifugao promoted Ifugao culture in activities such as native dance competition, marathon in native costumes, and ethnic games.

Municipalities of the province also competed for the best float. The floats showcased the respective town’s skills, culture and art. The floats were displayed during the parade on the last day of the festival.

But the conservation of culture doesn’t only happen during this celebration. The local government has been exerting its efforts in keeping its native traditions alive.

According to Balitang, Ifugao culture is classified into two: The tangibles, which include the rice terraces and towns included on the Unesco World Heritage List; and the intangibles, which are the chants, playing of gongs, dances and other cultural practices. “In our tangible culture, we focus on our rice terraces. Our efforts are geared toward a 10-year master plan [for the restoration and conservation of the terraces],” the governor said.

“We also have four towns—Banaue, Hungduan, Kiangan and Mayoyao—whose terraces are inscribed by the Unesco on its World Heritage List.”

The province is now on its eighth year of restoring the eroded portions of the terraces.

The provincial government is also trying to maintain the intangible culture of Ifugao through cultural development and training programs.

In 2006, NCCA created the Intangible Heritage Committee and the Hudhud Schools of Living Tradition for the education and development of young Ifugaos for them to continue the “Hudhud” and other Ifugao practices.

“The students are taught [the correct way] of how to play the gong and the proper way of how to dance the dances of our ethno-linguistic tribes,” the governor said. 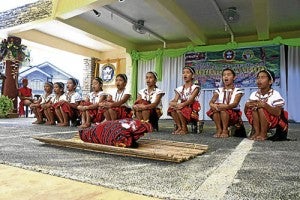 To have teachers who will pass the intangible traditions to the young, the government created the Nurturing Indigenous Knowledge Experts (Nike) program. Nike is a scheme in which teachers and talented Ifugaos are trained to educate the young Ifugaos on how to properly practice the community’s intangible traditions.

At Gotad ad Ifugao, 24 Ifugaos were recognized in the Ifugao Achievers’ Awards while eight people were given special citations. They were awarded for their outstanding achievements in public service, heroism, athletics and others.

Jonathan Niwane, an Ifugao artist and a Fine Arts alumus of University of the Philippines, designed the trophy the awardees received. The trophy shows the passing of Cordillera’s productivity symbol from one person to another.

Ernesto Dul-ang and Manuel Dulawan were identified as Ifugao achievers because of their success in the arts and for publishing a book on Ifugao culture, respectively.

Dul-ang, 62, is a woodcarver who won the gold medal in the wood-sculpture competition of the 2009 International Festival of Arts in Culture in Jeju City, South Korea. His winning work was a carved cedar wood depicting a man pouring water from an earthen jar, with hair standing as if being blown by wind. 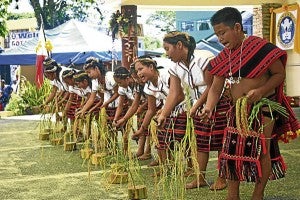 “The Korean government is very proud that it invited 54 countries with over 600 participants to witness the event. I am honored that I was one of the participants. I never thought that I would win the competition,” Dul-ang told the Inquirer.

Dulawan, 75, recently released a book, “Ifugao and Ifugao,” which tells stories of the Ifugao people.

The book is divided into three parts: Ifugao’s geographical and historical sketches; ethnographic and anthropological items; and essays and feature articles concerning the province and its people.

Dulawan has been the chief education supervisor of the Cordillera region and has served as a consultant on culture to the Ifugao provincial government.

Dulawan said he explained in his book the changes that had happened to Ifugao.

“Culturally, there has been a bit of change through the process of acculturation,” he said. “There were good and bad influences, but we are still maintaining our distinct cultural identity as a people.”