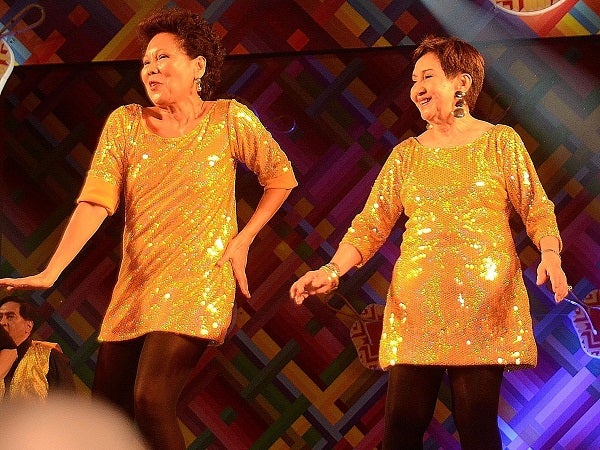 MANILA, Philippines—Residents of Barangay Bel-Air in Makati recently celebrated the Pasinaya, a three-day affair made up of various activities like trade fair, a “Gabi ng Kasambahay,” activities for the children and a grand dance showcase. The theme of this year’s event was “Number one in fun!”

Travel Time producer and host Susan Calo-Medina was the creative director of the event together with renowned stage director and writer Floy Quintos. Tita Susan who is a long-time Bel-Air resident says, “We wanted to be in sync [with the government’s tourism campaign]. So we took the slogan and turned it around. This year, we proclaim that ‘Bel-Air is number one in fun!”

The Pasinaya started when Tita Nene Lichauco, Barangay Bel-Air’s gracious kapitana, came up with the idea in 1993. She first moved to the village in the early 70s, and even then, it was apparent to her that the residents of Bel-Air —which includes Bel-Air Village, Salcedo Village, the Ayala Triangle and the Malugay area (up to Ayala Avenue) — had a strong sense of community.

Tita Nene explains, “We wanted to have an activity that would be our way of returning the blessings that the community has received. It started as a community day when I was still with the [Bel-Air Village] association. The Pasinaya is a fiesta, but more than that, it’s a thanksgiving for all the graces and benefits we have received from the Lord and which have been given to our community. But it was very simple then.”

The dance showcase called Velada culminated the three-day event with more than a hundred residents of all ages participated in the specially-choreographed numbers. The residents began preparing for the Pasinaya as early as January, and by February, they were already rehearsing for the special numbers to be staged during the dance showcase.

It was a grand production that incorporated music and dances. Some of the dance numbers were pop hits from the 1960s to the present like “Souvenirs,” “No More Tears (Enough is Enough),” “California Girls,” “Firework,” Lady Gaga’s “Born This Way,” “Express Yourself,” “I Will Survive,” “Move Like Jagger;” VST & Company’s “Awitin Mo Isasayaw Ko,” “Sumayaw Sumunod,” “Rock Baby Rock” and “I Am What I Am” (Broadway and Gloria Gaynor versions).

“The Pasinaya has also to grow. We wanted the young people to come and join us. So we began to make the shows a bit more modern and contemporary. While the senior members got their Filipiniana and ballroom numbers, the younger ones got their hiphop, their jazz, their interpretative numbers,” says Tita Nene.

Other activities lined up this year included a cheerdance competition for the youth, a “pa-Bingo”, free kalesa rides, a children’s treat billed “Mas Masaya Maging Bata sa Bel-Air” and performances by groups like The Company, Bituin Escalante, and Jericho Rosales.