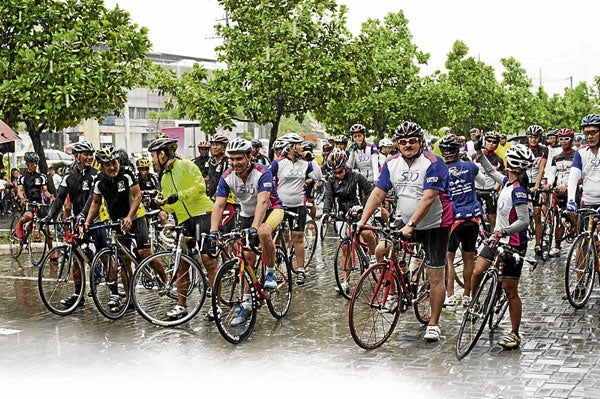 Celebrities hop on bikes to save women from cervical cancer

On the recent Bravehearts Tour of Hope, celebrity cyclists saved 12 lives each in a special 67-km bike ride.

It’s not easy getting up before dawn, enduring hours exposed to the elements, and not earning a single centavo for all your efforts. But once you consider the pay-off—saving 12 women’s lives from cervical cancer—it’s definitely a small sacrifice to make.
When Hardcore and recreational cyclists embarked on a five-day, 500-km journey on two wheels from Manila to Laoag, Ilocos Norte for this year’s staging of the Tour of Hope, the biggest anti-cervical cancer bike tour in the country, it didn’t take much to convince a number of famous names and faces to join.

Actor and model Will Devaughn, TV host Rovilson Fernandez, Comelec chair Gregorio Larrazabal, The Amazing Race Asia winners Richard Herrera and Richard Hardin, and TV host and motivational speaker Anthony Pangilinan and his son Donny were among those who joined the celebrity leg of the annual bike event organized by the anti-cervical cancer NGO Bravehearts, in partnership with the Cancer Institute Foundation, The Cervical Cancer Prevention Network, Team David Salon, and GlaxoSmithKline. 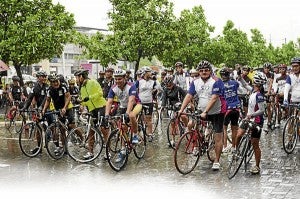 Actor and triathlete Piolo Pascual, Phil-Italian karter and actor Matteo Guidicelli, actor and director Albert Martinez, and actress Maui Taylor also agreed be a part of the event, but eventually declined due to previous commitments.

“Who wouldn’t want to save 12 lives?” said Devaughn. “This is the least we can do as citizens of the Philippines,” said Fernandez. Larrazabal, who loaned bikes to anyone who was willing to put in time in the saddle for a worthy cause, added, “Everybody needs to support the thrust of creating more awareness for the prevention of cervical cancer. Twelve women die every day because of cervical cancer, and we have to stop this.” 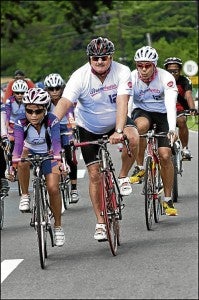 “It’s an honor to be a part of an advocacy that saves women from a disease that claims the lives of thousands of women every year,” said Bravehearts president Abbygale Arenas-de Leon, who presented lectures during pit stops.

“The Tour of Hope not only saves women from cervical cancer, it also saves families from being torn apart because our efforts are able to save mothers, daughters, and sisters from being claimed by this deadly but preventable disease.”

Collectively known as Bravehearts 12, the celebrity cyclists were clad in white jerseys with the number “12” printed over their heart. It’s a reminder of their commitment to prevent the senseless deaths of a dozen women from a disease that is treatable through early detection, and avoidable altogether with a series of vaccinations. Quitting, therefore, was not an option.

“I don’t know if I can finish,” said Janna Victoria, who pedaled her way past the 67-km stretch spanning Suba, Paoay, Currimao, Batac, and San Nicolas, Ilocos Norte, “but I want those 12 lives.”

Five days after taking off from the TriNoma Mall in Quezon City, the Tour of Hope achieved more than just spreading the word on the importance of regular gynecological checkups and living a healthy life. A total of P750,000 in sponsorships and pledges was raised, and at least 500 women from key stops in the route received free vaccinations. As for the 12 participating celebrities, each one successfully crossed the finish line, thereby protecting a total of 144 women’s lives. 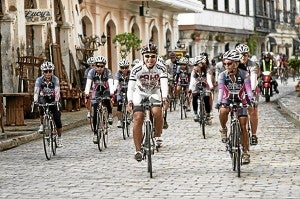 The event also produced great shots by veteran photographer Jun de Leon and fellow lensmen Paul del Rosario and Miguel de Leon. The photographs, which will go on exhibit in July at Greenbelt 5, Makati, will be unveiled together with Big David, a nine-minute film on Tour of Hope cyclist and David’s Salon owner David Charlton.

Charlton is a pioneer participant and finisher of road races and triathlons, who continues to compete despite recently undergoing triple bypass surgery. This inspiring portrait of passion and perseverance was produced by Bing Salandanan, written by Ogi Sugatan, edited by Jose Azucena, and directed by de Leon himself.

Incidentally, de Leon, whose career involves capturing celebrities at their most glamorous, assured that there was no diva attitude or primping before the cameras. Despite all the sweating and sunburned skin, “the only thing I saw,” declared the photographer, “were smiles.”

All photos by Jun de Leon. To pledge for Bravehearts’ The Tour of Hope or to make a donation to the fight against cervical cancer, contact Cathy Muncal at [email protected] or Helen Beato at (0929) 359-1747.