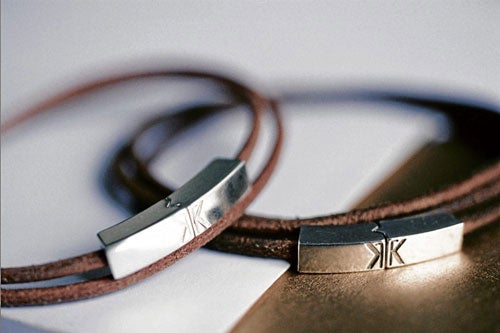 Luxe perfume–not only bespoke, but also worn as a fragrance bracelet 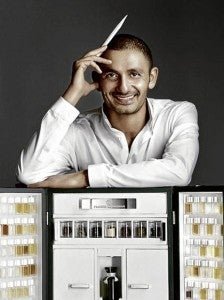 Fragrance is a very beautiful form of art. It is the only art form that touches your emotions, that enters you and gets you to your memories,” says Marc Chaya, CEO of Maison Francis Kurkdjian, the eponymous house of the award-winning perfumer Francis Kurkdjian.

The name itself—maison means “house”—was a way for Kurkdjian to express his belief that “a house has a soul and a history, inhabitants and friends and, sometimes, children. All these emotions . . . animate my dream to create, as my greatest happiness, the ability to inspire even little pleasures in others.”

It has been eight years since Chaya’s first meeting with Kurkdjian at a Jean Paul Gaultier fashion show, during the launch of the fashion brand’s cosmetics for men.

“I started knowing about him, his creations, and his genius mind, which really goes beyond the simple fact of creating fragrances,” says Chaya.

Kurkdjian, who got a Prix François Coty award (the equivalent of the Oscar among perfumers) at the age of 30 and was named Chevalier des Artes et des Lettres by the French Ministry of Culture, was the nose behind many well-known fragrances, at least 50 of them, such as Jean Paul Gaultier’s Le Mâle (developed at the age of 25); Christian Dior Cologne Blanche (2001); Elizabeth Arden Green Tea (1999); Giorgio Armani Mania for Men; Guerlain Rosa Barbare (2005); Narciso Rodriguez for Him (2007); and so on. Yet, no one knew his name. 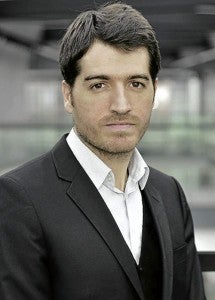 “I thought, with time, that I really wanted to work with him and to make one thing happen, which is to put the perfumer on the driver’s seat again. So we decided to create Maison Francis Kurkdjian,” says Chaya.

“We have founded a luxury fragrance house that carries the vision and inspiration of one of the most celebrated perfumers of our time. That’s something no other brand can claim today.” 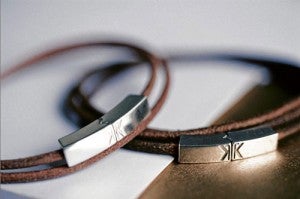 “Francis wanted to create bespoke perfumes because, the same way he would work with Jean Paul Gaultier or Narciso Rodriguez on their scent, he thought he could do it for a person,” adds Chaya.

In the same way one would go to a couturier for a haute couture dress, at Maison Francis Kurkdjian, one can have his or her own fragrance. “You own it all your life and it’s specifically for you. It’s your fragrance.”

Kurkdjian was the pioneer in bespoke perfumes, which is currently at the top of the perfume industry. He was the first to do it in 2001, with Cartier, Guerlain, Hermes, and other perfumers following soon after.

“We created a luxury fragrance house in 2009, but of course, the technique of fragrance was born 300 years ago. So, for example, we have very classical things such as eau de parfum, eau de cologne and eau de toilette, but we also have some very innovative ways for you to use fragrance,” says Chaya.

Instead of wearing fragrance directly on the skin, for instance, Maison Francis Kurkdjian offers a perfumed bracelet that doubles as fashion accessory. The bracelet has two turns of leather and is perfumed with a silver clasp that can be easily removed with a simple turn of the hand.

“The scent stays on for almost six months,” says Chaya.

Another way to wear fragrance is using the fragrance house’s laundry washing liquid and fabric softener.

“As some people, especially here in Asia, don’t like to wear perfume directly on their skin, they can wash their clothing with a detergent that carries our scent called Aqua Universalis, which contains Lily of the Valley, Bergamote and Lemon from Sicily (White Bouquet)—the perfect idea of freshness and sensuality.”

Other fragrances include Apom (A Piece of Me), Lumière Noire (Light and Black), Pour le Matin (Cologne for the Morning), Pour le Soir (Cologne for the Evening). Scents are also available in incense papers, candles, even scented bubbles.

Luxury in the details

“Luxury is about breaking the rules, looking at things in a different manner, and allowing people to escape from their day-to-day lives and get access to high-quality products,” says Chaya.

Maison Francis Kurkdjian offers luxury in a bottle—from its unique scent to its gilded box. The flacon, inspired by one of Francis Kurkdjian’s antique finds, is sectioned in square crystal facets and is signed with the house monogram. A tube extends from the atomizer pump but seems to disappear after the first spray, leaving the perfume languid in its container. The stopper is made of zinc, a material emblematic of Paris’ rooftops. As zinc is an essential element, no two stoppers are identical, adding to the bottle’s uniqueness—the precious jewel one discovers in its case. 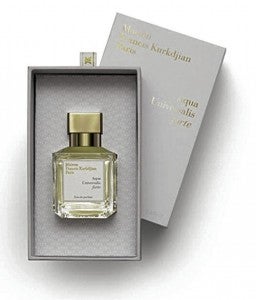 The Boutique at 5 rue d’Alger in the 1st arrondissement Place Vendôme area has a small gallery with a 5-m window that “invites customers to come in and change from their day-to-day life and dream,” says Chaya. “It’s an animated version of Paris with a carousel, a merry-go-round that’s playing, an Eiffel Tower that’s flashing, a perfume walking around in miniature almost as if you’re in a dream, and music created for Maison Francis Kurkdjian adapted by Katia and Marielle Labeque from Ravel’s ‘Pavane for a Dead Princess.’”

“So it’s an experience, a journey and a luxury,” says Chaya.

“Premium doesn’t mean the most expensive. It means that one understands the kind of world desired by specific customers, and the store then offers the best it can to their customers. Adora is a part of that experience,” says Chaya.