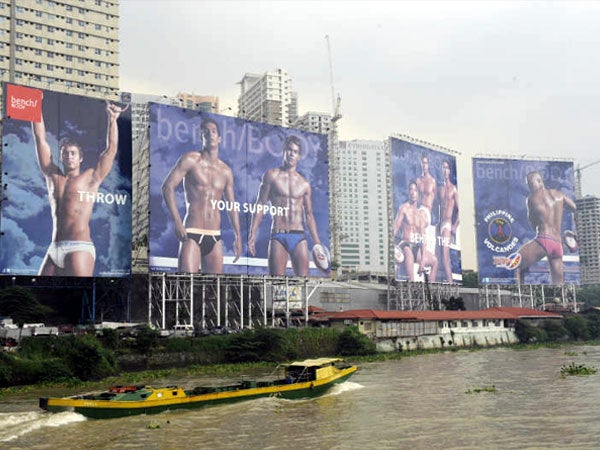 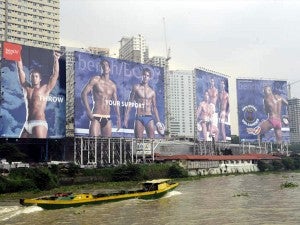 MANILA, Philippines—Near-naked women adorn billboards across Metro Manila but similar images of men have been deemed too risqué, with giant posters of bare-chested rugby players pulled following a public outcry.

The huge billboards of the Philippine Volcanoes men wearing only the close-fitting underwear of clothing company Bench prompted much comment on the streets and online after they appeared about a week ago.

“Hubba hubba,” a female senior executive of a publishing group wrote on Facebook, reflecting the views of many who were happy to see men being featured in sexy poses for advertisements, and not just women.

But by Friday the billboards, some bigger than double-storey houses, had been pulled down.

“They were removed by the owner of the billboards because there were requests from different sectors who said it was indecent,” said Jimmy Isidro, a spokesman for Mandaluyong City, where the ads were located.

City authorities had asked the owners of the billboards to take them down, Isidro said.

He said there were no plans to take down billboards of women in just their underwear or bikinis, as there had been no complaints about those ones.