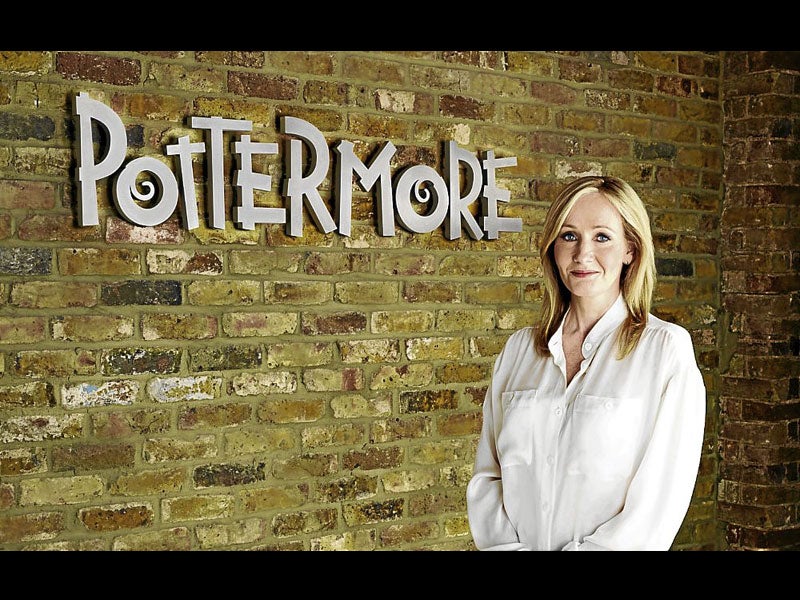 Have our Hogwarts letters finally arrived?

With the end of the “Harry Potter” film franchise nearing, legions of fans of the bestselling series have been lamenting the inevitable end of this worldwide phenomenon.

But like Fawkes coming to Harry’s rescue in the Chamber of Secrets, it seems like “Harry Potter” author J.K. Rowling has a final trick up her sleeve.

A month before the final Potter film, “Harry Potter and the Deathly Hallows Part 2,” will be shown in cinemas worldwide, Rowling, with the help of nine Potter fan websites and a Twitter account, teased millions of her fans through an online scavenger hunt.

One by one, the nine Harry Potter fan sites revealed map coordinates for fans to type in Secret Street View (http://www.secretstreetview.com), a Google Maps-powered website. Each coordinate pointed to a place in the real world which has a connection to the magical universe of Harry Potter.

The first coordinate, published by The Leaky Cauldron (http://www.the-leaky-cauldron.org), pointed to Salem, Massachusetts. When magnified, the place revealed a piece of Harry Potter trivia and a huge metallic letter. The same thing happened with the coordinates published by the other fan websites and a mysterious Twitter account.

The other coordinates directed searchers to King’s Cross in Greater London, North Wollongong in New South Wales, Toyohashi in Japan, Africa, New Orleans in Louisiana, Brazil, the Forest of Dean in Gloucestershire, the Toronto Skydome in Canada, and the Manchester station in Greater Manchester. 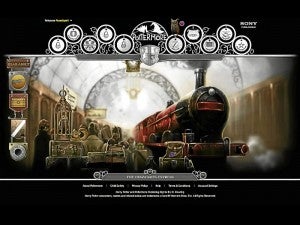 But the mystery wasn’t over, fans were left guessing what the website was all about.

It only had the words “Pottermore” and “Coming Soon,” two owls, and Rowling’s signature on its page. Users were also linked to a YouTube account with flying owls and a mysterious countdown clock.

Theories about the Pottermore spread like Fiendfyre. Some said it was an online role-playing game. One fan guessed it might be connected to Quidditch, the wizard sport in the books, because of all the Quidditch-related trivia in the scavenger hunt. Another said it might be the “Harry Potter” encyclopedia the British author was reportedly planning to write.

On June 23, a week after the countdown started, Pottermore was finally unveiled.

In a YouTube video welcoming her fans, Rowling said her newest project is an interactive website where Potter fans can “share, participate, and rediscover” the adventures of Harry and his friends.

She described it as “an online reading experience unlike any other.”

Like a role-playing game, Pottermore readers must pick a “magic username” to enter the same magical world in which Harry exists, albeit a digital one.

The experience, however, is as similar as it gets. “Just as Harry joins Hogwarts, so can you. You (can) visit Diagon Alley, get sorted into a house, cast spells and mix potions” and even compete for the Hogwarts House Cup, a statement from the website said.

According to the statement, Pottermore will bring to life the storyline through “sumptuous newly commissioned illustrations and interactive ’moments’ through which you can navigate, starting with the first book, ’Harry Potter and the Sorcerer’s Stone.’”

One of these “moments” is the house-sorting of the first year Hogwarts students by the Sorting Hat. 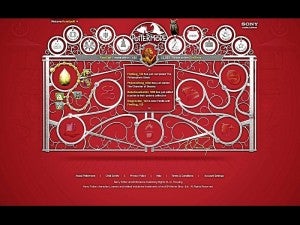 The 45-year-old author revealed the “magic” behind this experience in a press conference in Victoria & Albert Museum in London. She explained the questions guiding the Sorting Hat in choosing which of the four houses—Gryffindor, Slytherin, Hufflepuff or Ravenclaw—best fits the personality of the student.

Rowling will also share new facts about the wizarding world in Pottermore. “I’ll be joining in, too. I will be sharing additional information I’ve been hoarding for years about the world of Harry Potter,” she said.

In a complete turnabout, Rowling will also offer, through a Pottermore online store, e-books of the “Harry Potter” series, something she was reportedly against in the beginning. Aside from the e-books, audiobooks will also be available.

The readers’ participation, Rowling also said in the video, is an important facet of the Pottermore experience. “It’s the same story with a few crucial additions, the most important one is you,” she said. “Pottermore will be built in part by you,” Rowling said.

Although the official launch of the website will be on October, one million Potter fans will be able to try out Pottermore ahead of the rest. On July 31, the birthday of both Harry and Rowling, an “online challenge” will begin and the first million to complete the game can help “put the final touches” on website.

For all the loyal Potter fans in the world, Pottermore is a welcome addition to the growing “Harry Potter” franchise. We fans cannot completely say goodbye to Harry, whose story touched all of our lives in so many different and magical ways.

I guess I’ll be seeing you in Pottermore.