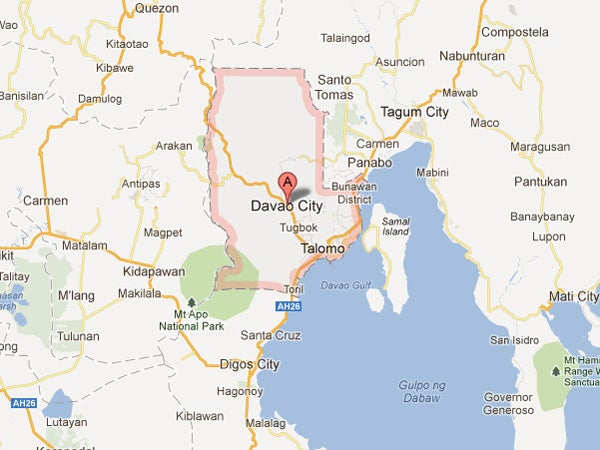 DAVAO CITY, Philippines – Susan Gimagan beamed with pride as she marched to the stage to receive her high school diploma. Nothing unusual, one might say, except that Gimagan is not just 45 years old and a widow but she also has been in jail for the last five years awaiting trial on a narcotics charge.

Gimagan was in second year high school when she dropped out, eventually getting married and bearing three children.

When her husband died, she had to raise the kids alone. Then in 2007, Gimagan was caught in possession of shabu inside a hotel here and landed in the Davao City Jail. She thought her life was over.

“Life was really difficult and I never imagined that I would be able to continue my studies again,” she told the Inquirer in an interview.

The opportunity for her to study again came when the Alternative Learning System (ALS) of the Department of Education was introduced in jail. Along with 16 fellow inmates, she attended classes in jail.

“When the opportunity came for me to participate in ALS in the jail, I immediately grabbed it. And I am proud to say that going back to school has changed my life,” Gimagan said.

Recounting her days in the ALS, Gimagan said it was never easy, especially for her.

“Considering that I was still a teenager when I last attended school, it was really difficult for me to refresh what I had previously learned,” she said. “After attending ALS, I am now enthusiastic about reading books. I have learned many things and I now know how to correctly pronounce English terms.”

On May 31, she finally received her high school diploma along with more than 1,200 ALS students from the different barangays of the city. The court suspended a trial hearing on that day to allow her to attend  the graduation.

The one thing that makes her sad these days, according to Gimagan, is that her children have stopped going to school. They lost interest after she went to jail.

Holding back her emotions, she said she hoped her children would one day realize the importance of education.

She urged her fellow inmates not to allow their age to hinder their plans for a better future.

“Let us maximize our time inside the jail by learning. Please let us give ourselves a chance to grow,” Gimagan said.