Focus on the rugby-sniffing streetchildren in your city, not on billboards | Inquirer Lifestyle ❮ ❯ 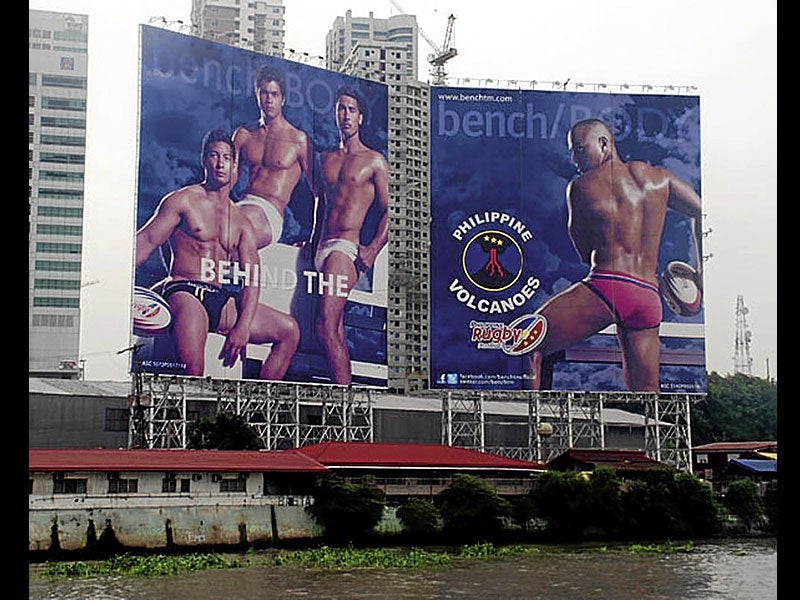 Focus on the rugby-sniffing streetchildren in your city, not on billboards 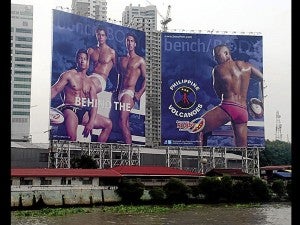 Okay, so maybe they were in your face, albeit effective marketing material for what they were selling, Bench underwear. But surely, now, there must be bigger problems in the country than having the Philippine Volcanoes rally support for rugby and pose in their briefs?

One mayor complained about them, and claimed he had to cover the eyes of his nephews and nieces whenever they passed Edsa (!), while another mayor “requested” that they be taken down. (Note: In Philippine politics, being “requested” means take it down, or else.)

Okay, maybe they decided they should do something to guard the country’s morals (albeit belatedly, as the billboards were up for at least two weeks.) Some people were offended, others were entertained –different strokes for different folks (although they were the highlight of the drive home for some working women, sigh.)

The question, though, is what are these politicians doing about the real obscenities, like streetchildren sniffing rugby along the streets and highways of their respective cities at all hours of the day? Or even more offensive stuff like flooded streets, never-ending traffic and corrupt offices?

Our suggestion: Please make better use of your time as an elected official and take action on things that really matter, instead of such self-righteous indignation over a billboard.

Ask the public to choose between billboards of the Philippine Volcanoes and of the ubiquitous (ad nauseum) faces of mayors and other politicians, guess what the people will choose.

And haven’t these politicians taken the cue from P-Noy who refuses to have his image emblazoned anywhere? Thick.