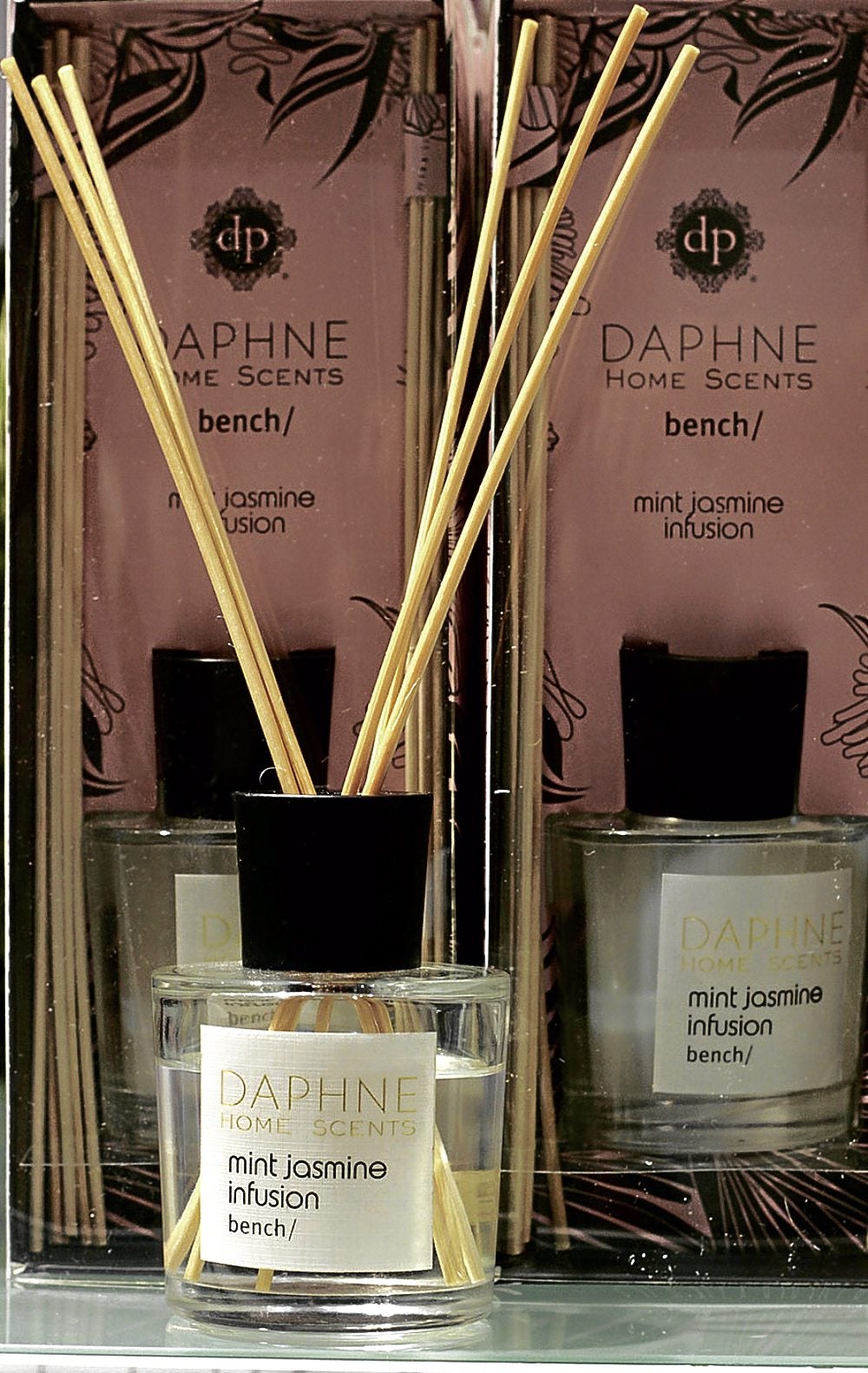 Broadcaster and lifestyle icon Daphne Oseña-Paez made her debut as a member of the Bench family with a line of bottled home scents carrying her name.

The line, which comes with two sets of reed (stick) diffusers, is available in three variants: Acres of Lavender, Homemade Lemon Tart and Mint Jasmine Infusion.

Paez developed the scents for almost a year with a team of French perfumers from Grasse, France, where Bench also sources ingredients and know-how to develop its line of celebrity fragrances.

“This is such a milestone for me,” said Paez, host of the architecture and interior design show “Urban Zone.” “I’ve been telling friends that I’m more nervous now than I was on my wedding day. It’s such a huge honor to be part of Bench. They never do anything wrong.”

Apart from all Dimensione branches, Daphne Home Scents (P348 per bottle) is now available in all Bench stores nationwide. Paez, who introduced her furniture line almost two years ago, has also found a new home for her export-quality pieces, including the best-selling Daphne chair, at Dimensione.

Suyen Corp. is the company behind such lifestyle chains as Bench, Dimensione and Human. Dimensione specializes in designer and generic furniture and home accessories sourced the world over.

“These are the three scents I felt would appeal to the different moods we go through during the day,” said Paez.

Developing the line and trimming it down to three scents weren’t easy for Paez. If she could have it her way, she would have probably come up with 12 variants.

“We trimmed it down to three that’s why you see a few mixtures,” she said. “We couldn’t go all-out floral so we had to neutralize jasmine with mint. The same is true with lemon. To keep it from becoming too citrusy, we made it a bit more yummy with a (freshly baked) cookie effect.”

Acres of Lavender, with its relaxing effect, is ideal for bedrooms and other places of relaxation, while Homemade Lemon Tart has a refreshing aroma, which Paez said is ideal for home offices. Its citrusy top note is also quite effective in neutralizing certain odors, making it ideal for bathrooms and closets.

Certain scents also have the power to bring back fond memories. While developing Homemade Lemon Tart, for instance, Paez said its scent brought her back to her mother’s kitchen.

“My mother bakes pies, and I used to do the crust for her,” she said.

For living rooms and other public areas, she recommends Mint Jasmine Infusion for its “universal” and refreshing floral scent. The line is so affordable, she said, that people could get as many bottles and variants as they want.

Instead of sticking to scented candles, which she also carries, Paez thought of developing diffusers to give the local market a cheaper but quality alternative. Now that she’s a mother of three growing girls, safety was also one of her foremost considerations.

“I have small children, and candles kind of scare me now,” she said. “When diffusers started coming in the market two years ago, all of them were imported.”

At P2,000 a pop, imported diffusers were pretty expensive. Paez had to wait for someone to give her one for Christmas. This line is her “attainable” alternative, as she put it, for smart and stylish Filipinos like her.