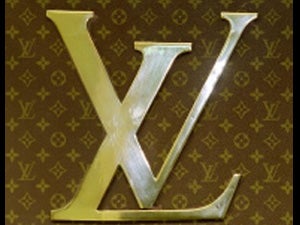 NEW YORK – A judge has thrown out Louis Vuitton’s case against Warner Brothers over a knockoff handbag that made a 30-second cameo in the Hollywood flop “Hangover II,” officials said Monday.

“We are very pleased with the court’s decision,” said a Warner Brothers spokesperson.

In the film, comedic actor Zach Galifianakis carries a bag with the monogram LVM. When someone knocks into the bag, he says, “Careful, that’s a Lewis (instead of Louis) Vuitton.”

The counterfeit bag was made by the Chinese-American company Diophy.

Louis Vuitton Malletier, a fashion and leather goods subsidiary of LVMH group sued Warner Brothers, the production company behind the film in December 2011, citing a “false designation of origin/unfair competition” and “trademark dilution.”

The Vuitton camp maintained that “many consumers believed the Diophy bag (in the film) was in fact a genuine Louis Vuitton” and that the “Lewis Vuitton” comment was a “hallmark quote from the movie.”

Federal Judge Andrew Carter determined Vuitton was without sufficient evidence to prove its claim, saying it was “highly unlikely” that audiences were able to notice the fake Louis Vuitton in its 30-seconds on the screen.

It was the second lawsuit for “Hangover II,” a slapstick comedy where two men travel to Bangkok for their friend’s wedding. In the first suit, an Australian stuntman sued Warner Brothers for injuries sustained during filming.