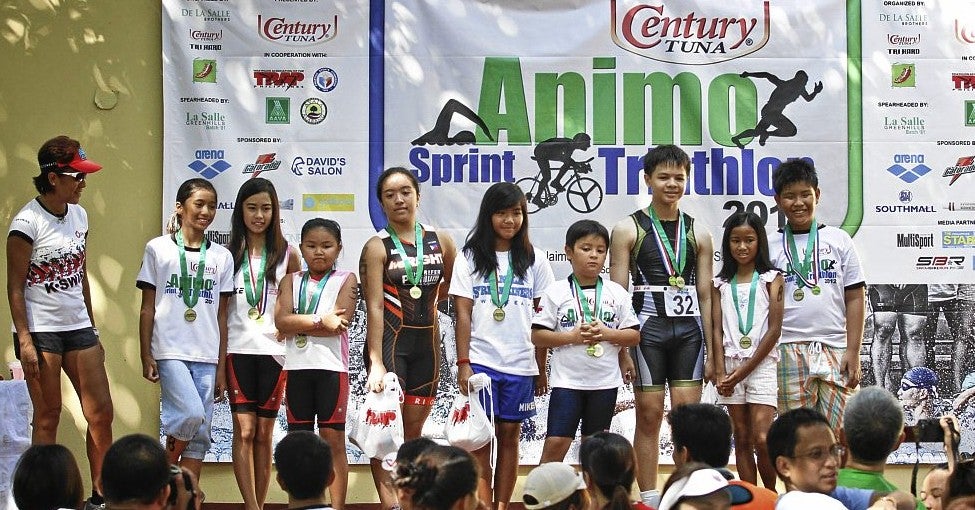 The family that plays together stays together. This seems to be the formula for the families of 150 kids who participated in the recent Century Tuna Animo Sprint Triathlon.

Organized by the Triathlon Association of the Philippines (TRAP), the annual event was held once again at Ayala Alabang in Muntinlupa. Kids whose ages ranged from 15 years old down to 4 years old competed in 10 categories.

In most cases one if not both parents are also triathletes in their own rights and just like their parents, the kids arrived early in the morning to have their arms marked with their respective numbers before heading over to the pool in De La Salle Zobel for the start of the race.

As coach Rick Reyes blew the horn to start each leg it was interesting to see how involved the parents were. Many were seen cheering and sometimes running behind their kids to give them support.

While the goal was to obviously win, getting their child to participate and to complete the course was victory enough for several of the parents. And many treated the event like a family outing; an activity that all member of the family could appreciate.

What is funny is sometimes the kids did better than their parents, such as Joel Caniza’s daughter Teresa winning the 7-8 year old female category, and Bong Arkoncel, whose son Inñigo and daughter Ana Beatrice finished third in their respective age group categories.