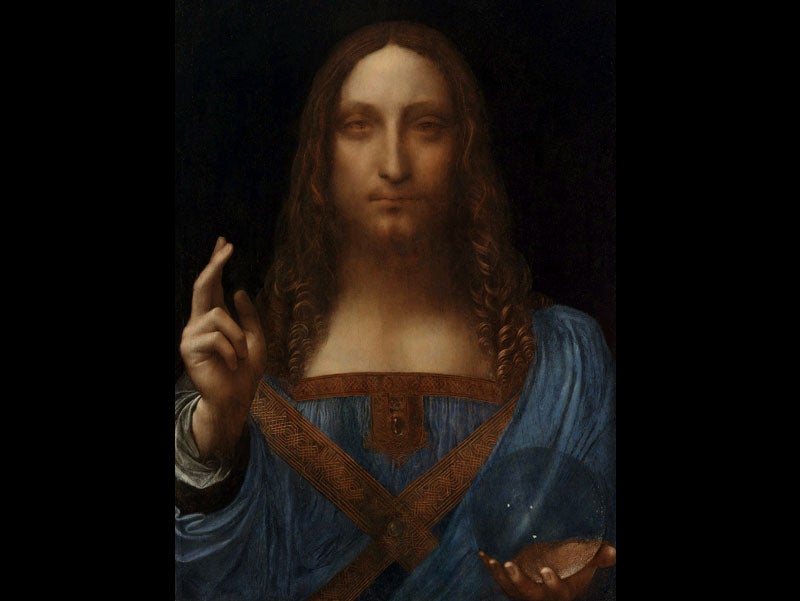 This undated handout photo provided by Robert Simon, shows a painting recently authenticated as the work of Leonardo da Vinci. "Salvator Mundi," dating to around 1500, will be on display at the National Gallery in the fall as part of a larger exhibition on the Renaissance artist, the London museum said Monday. It depicts a half-length figure of Christ with one hand raised in blessing and the other holding an orb. AP

Newly discovered Da Vinci to go on show in London

LONDON—A rediscovered painting by Italian master Leonardo da Vinci estimated to be worth $200 million (142 million euros) will go on display in London later this year, the National Gallery announced.

“Salvator Mundi”, which was painted around 1500, depicts a figure of Christ holding an orb and will be shown as part of the gallery’s larger exhibition on the Renaissance master due to open in November.

The recently authenticated oil work was once owned by King Charles I of England and is currently the property of a US consortium of art dealers, who are keen to retain the painting.

“I’ve assured the National Gallery that the painting isn’t on the market and that there are no plans to sell it after the exhibition,” said the New York-based private dealer Robert Simon.

The painting was identified by its brushwork, its quality and the pigments used in its execution.

“None of the students painted like that, none of the followers,” said Martin Kemp, professor emeritus of art history at Oxford University.