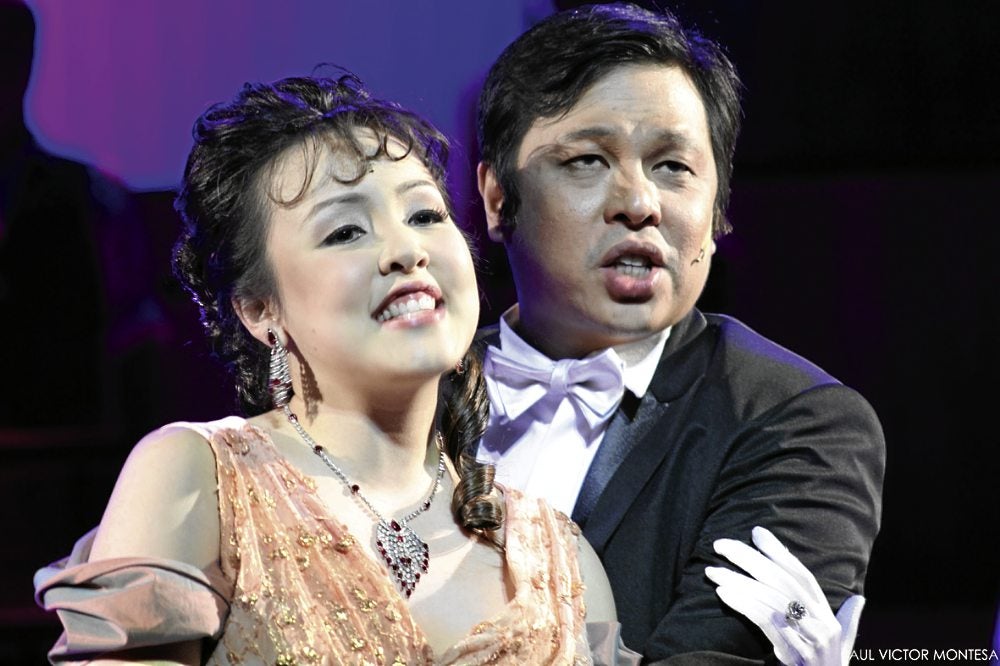 Gripping is the word for Repertory Philippines’ musical “Jekyll & Hyde” by Wildhorn-Bricusse (at Greenbelt 1 OnStage, directed by Menchu Lauchengco-Yulo) with Michael Williams playing the main character(s) in a bravura singing-and-dancing performance.

Another performer who ran away with the show was Kalila Aguilos, as Lucy the dance hall floozie.

“Jekyll & Hyde” was an outstanding production in what is shaping up to be a banner year for the Rep. Future treats are “The Wizard of Oz” (not based on the MGM film, so you won’t hear “Over the Rainbow”) and “Disney’s Camp Rock: the Musical.”

In collaboration with the Rep, the Philippine Educational Theater Association (Peta), another iconic drama group, restaged its megahit “Care Divas.”

Gulyak performed with elan, stamina and passion, and wowed the capacity crowd, which would not let her go until she played three encores.

“The Rite of Spring,” with its dissonance and harsh, jagged rhythms, triggered riots in the concert hall when it was first performed in Paris in 1913. There were fist fights and even challenges to a duel. The audience was even more incensed by Nijinsky’s iconoclastic choreography. By the following year, however, the merits of both composition and choreography were recognized; and today “The Rite of Spring” is a concert staple.

Ochanine guided the orchestra carefully, painstakingly—at times frenziedly—and gave what may well be his greatest performance in Manila thus far.

Musica Europa IV at Far Eastern University Theater was a feast of sound and color (as in attractive native costumes). There seemed to be many Visayans in the youthful audience, judging from the applause and hometown screams the University of the Visayas Chorale received during the second and final day.

The repertoire was an impressive mélange of classical, folk and ethnic songs and chants in Filipino and, of course, a European language (Latin was a favorite). Operatic tenor Dondi Ong, guest singer, brought the house down with “Nessun Dorma” and “This Is the Moment.”

In the Open Category, the Grand Champion was University of the Visayas Chorale from Cebu; 1st runner-up, Technological Institute of the Philippine Chorale Society from Manila; with Holy Angel University Chorale from Pampanga as 2nd runner-up.

The spoof musical revue “Forbidden Broadway” (at RCBC Plaza-Carlos P. Romulo Auditorium), with deft direction by Joel Trinidad, was a hit among the young and old. The show was riotous although uneven (the first part was more uproarious than the second), and the finale was almost anti-climactic.

Brimming with energy, the four performers—Liesl Batucan, Caisa Borromeo, OJ Mariano and Lorenz Martinez—were excellent, mimicking, singing and dancing up a storm. The choreography (Martinez sisters) was wonderful, and the swift changes in costumes were nothing short of amazing.

“Liesl is the star of the show,” declared a veteran musical theater buff. And indeed, the multi-awarded Batucan was bravura personified, satirizing Edith Piaf (with nasal accent and all), Streisand, Minnelli, and the child star of “Annie,” now 30 years old!

Lyrical moments coalesced with bravura dancing in Ballet Manila’s “World Stars of Ballet” (Aliw Theater, CCP Complex). And, as expected, it was the latter which drew the most ecstatic applause.

Russians Aleksandra Timofeeva of the Kremlin Ballet and Dmitri Gruzdev of the English National Ballet were outstanding; and Cubans Yoel Carreño and Yolanda Correa Frias (both of the Norwegian National Ballet) simply took one’s breath away.

Lisa Macuja and Rudy de Dios were superb, with Macuja proving she remains a great dancer.

The Ballet Manila male dancers were brilliant in “Reconfigured,” showing that neo-ethnic Filipino ballet is really their forte. The choreography by Bam Damian was nothing short of spectacular.