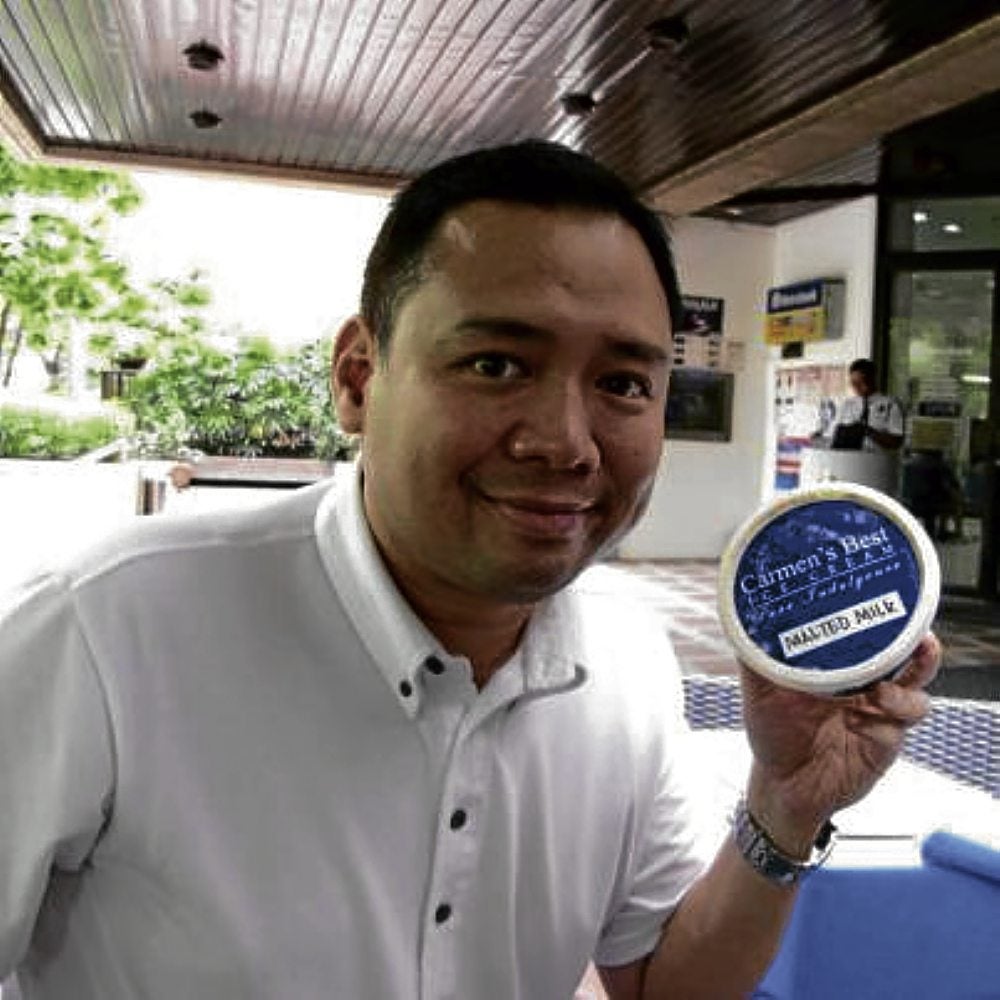 It is not a household name—yet, but in the blogosphere and among the lucky few who have tasted it, Carmen’s Best ice cream is living up to its name. In at least three taste challenges, the ice cream has bested its competitors, including non-dairy products.

When Our Awesome Planet conducted Rockwell’s Ultimate Taste Test at the Rockwell Center in Makati, Magsaysay said he entered Carmen’s Best (“It was the first food ‘contest’ we joined”) and competed against 60 other vendors of various foods. Visitors, who paid the entrance fee to the fair, got to taste for free the various foods offered.

Carmen’s Best emerged as the top choice of the participants, earning a rating of 4.24 out of a perfect score of 6. Visitors found that Carmen’s Best “offers one of the smoothest and creamiest ice creams” they had ever tasted.

The latest feather on Carmen’s Best’s cap is being included in SPOT.ph’s Top 10 Homemade Ice Creams. Ryan Fernandez said a friend had said, “Carmen’s Best is like a dropkick of flavor and creaminess.” Of the Carmen’s Best flavors they tasted, Fernandez said Malted Milk “is an obvious winner,” but the Butter Pecan has a “pleasant buttery taste—not cloying at all—that calls to mind opening a can of caramelized Poppycock…” he said.

Such effusive praise is a pleasant surprise to Magsaysay, who went into ice cream to make the most of a built-in advantage he had over other local dairy products makers. His father, former Sen. Ramon Magsaysay Jr., and some friends had set up a dairy farm in Bay, Laguna, as a model and demonstration place for new technology that they wanted to share with small producers.

With the help of experts at the University of the Philippines Los Baños Dairy Training and Research Institute (DTRI), the farm started production of fresh milk and white cheese, plus occasional stuff.

Although it was just a skip and a hop for the younger Magsaysay to move from milk production to ice-cream making, he said, “When we incorporated the company in 2009, we had no idea we were going to get into ice cream-making. All I knew was I was going to come up with something really special since we had access to the fresh milk and cream from my dad’s dairy farm.”

Magsaysay said the company had to have a woman’s name, so he chose to name it after his daughter, and Carmen’s Best Dairy Products was born.

Magsaysay was undaunted by the existence of several commercial ice-cream brands in the market and the possible entry of other labels.

“We had an advantage as we have our own dairy farm. Since ice cream is a dairy product, (having) fresh milk and cream is the main reason we got into it. How many ice-cream makers in the Philippines can say that?”

“We only use fresh milk from our own farm,” he added. “We don’t use UHT or powdered milk.”

Diaz said, “They (Carmen’s Best) are the only artisanal ice cream company that also produces their own milk (Holly’s Milk, the Bay farm label), so they only get the best base ingredient for their ice cream.”

Carmen’s Best sells mainly four flavors, plus “special” and seasonal offerings. “I actually had to limit the number of flavors we offer, (keeping) fast-moving items and cutting back on slow-moving flavors by selling them as ‘special order’ items,” Magsaysay said.

Carmen’s Best Butter Pecan uses only butter freshly made from cream from the Bay farm. “We don’t use commercial butter, just pure butter—no extenders or chemicals. All our dairy products actually have no extenders like water and powdered milk,” Magsaysay stressed.

The four Carmen’s Best regular flavors are, aside from Butter Pecan and Malted Milk, Salted Caramel and Brazilian Coffee. Magsaysay said they were priced above locally produced ice creams but lower than the foreign brand Häagen-Dazs.

At present, Carmen’s Best is only available in pint (16 ounces) at P350, although Magsaysay said they were exploring other sizes.

What makes Carmen’s Best truly the crème de la crème of ice cream is that all this effort to come out with the best product not only pampers the Filipino palate but also helps one of Magsaysay’s favorite causes, the Philippine General Hospital Medical Foundation, Inc.

Magsaysay said from the first day the company entered the ice cream business, “we have supported the (foundation).” So far, the company has donated over P30,000 to the charity.