Venus Raj: The goddess is a hometown girl | Inquirer Lifestyle

Venus Raj: The goddess is a hometown girl 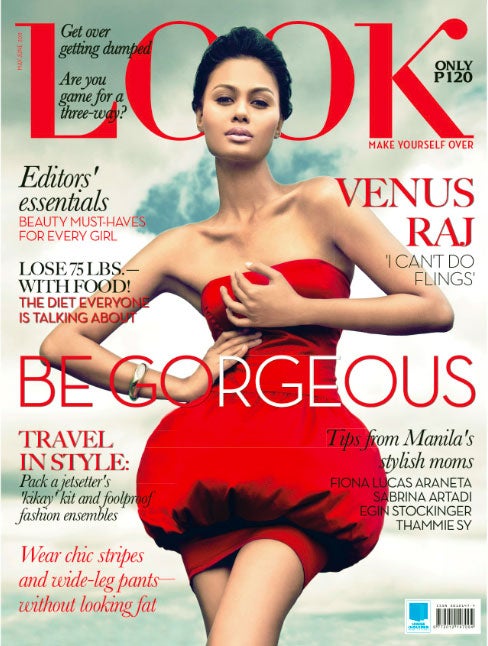 Born under less mystical circumstances than ethereal foam, Venus Raj shows the world that humble beginnings make the climb to the top the stuff of major, major legends

In 2010, Bb. Pilipinas Maria Venus Raj captured the attention of the world and the hearts of her countrymen when she became the fourth runner-up in the prestigious Miss Universe pageant. While she made headlines, led online polls, and topped Twitter trends because of that win, her biggest victory was in the controversy-riddled road that led to it.

Almost a year after the tumultuous turn of events that propelled her to stardom, Venus allowed us a glimpse into her world now.

Looking nothing like her fair Roman namesake, Venus exuded a sensual and exotic loveliness entirely her own. Dressed casually in skinny jeans, flats, and a colorful halter top that showed off her café au lait complexion, she entered the shoot with the sunniest of smiles. Despite being up since 3 am to host ABS-CBN’s early morning show, Umagang Kay Ganda, she radiated with an enthusiasm that made it impossible not to warm up to her.

It is this inherent positivity that defines Venus. Her defiantly cheerful attitude, no matter the circumstance, is what made her see opportunity in poverty, beauty in her unorthodox looks, and catwalks in the rice paddies of her simple home. 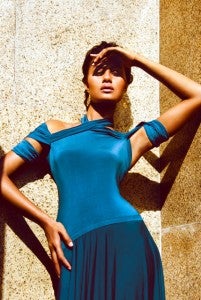 Born in Qatar to an Indian father she never knew, Venus was singlehandedly raised by her Filipina mother, a dressmaker, in Bato, Camarines Sur with four older sisters. Her mixed descent made her uncharacteristically tall, relegating her to the back of lines as far as she can remember. “Kuba ako noong bata, ‘tsaka laging tinutukso kasi sobrang itim at payat,” she said, explaining that in the province, the definition of beauty was “fair skin and a voluptuous figure.”

Venus’ desire to help alleviate her family’s financial burdens as well as to hopefully meet her absentee father someday nurtured in her an early dream of becoming a flight attendant. Through a scholarship grant, she had the opportunity to attend college, but was unable to pursue a course in tourism because the public university didn’t offer it. “Ginaya ko na lang yung kapatid ko, nag-Journalism ako kasi mukhang madali at pwede ko nalang i-mana yung mga libro. Ang hirap pala! Pero napamahal din ako sa course ko. I learned a lot, and eventually got to use it later,” said the cum laude graduate of Bicol University. 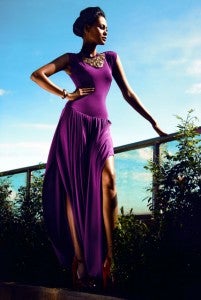 Venus took a job as an Information Assistant for the Department of Environment and Natural Resources in the Bicol region, but did not forget her first goal. Her interview to become a flight attendant was thwarted by friends who questioned her readiness to commit three to five years to the airline company. Remembering her days in beauty contests, she realized that she had one more dream to pursue before entering a long-term career. “I always wanted to join the Binibining Pilipinas Pageant. I decided to go for it while I was still within the age limit. Besides, I had yet to win my first major title. Lagi lang akong runner-up,” she said. At that time, her victories included Miss Bicolandia in 2007, Miss Philippines Earth Ecotourism, and fourth runner-up in the Miss Earth pageant in 2008.

Venus surpassed even her own expectations when she clinched the title, but her initial triumph was brief. Inconsistencies in her birth certificate led to the questioning of her eligibility to represent her country, and the eventual stripping of her title. With her reputation painfully tarnished, she fought to reclaim dignity and defend her integrity. “Wala akong kasalanan, I was up front about my information from the start,” she said. Strong public support in her fight for acceptance helped make her the first dethroned contestant to ever reclaim the crown. “Anyway, tapos na ‘yun, wala naman akong sama ng loob,” she said.

All that controversy gave Venus unexpected fame in the pageant. “The other Miss Universe contestants said they were excited to meet me!” she gushed. She was also chosen as one of the six delegates who took part in a media tour in Los Angeles prior to the competition. “It was good because it helped me to adjust and get rid of some nervousness,” she said, admitting that the international pageant was worlds apart from the local ones she was used to. For one thing, she had to be extra sensitive to the nuances of other cultures. “I had to be open to the way they did things. And I always had to weigh my words—mamaya yung joke para sa akin, hindi pala joke sa kanila!”

When asked about catfights off-stage, Venus laughed it off, saying, “People warned me about the other candidates—na sisiraan ka daw, and resort to things like stealing your shoes to gain unfair advantage. No such thing happened.” In fact, backstage, the mood was usually light. “We’d laugh, cheer each other on. Sometimes, I’d belt out inspirational songs like Justin Bieber’s Never Say Never, or Brian McKnight’s Win, just to ease the tension. And the others would join in,” she said, smiling at the memory. Even now, she is Facebook buddies with contestants she grew close to, like roommate Ms. Malaysia and media tour friends Ms. Mexico and Ms. Puerto Rico. 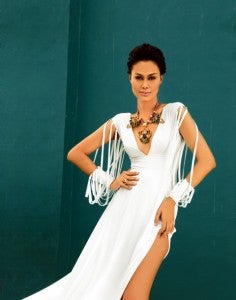 Venus revealed, though, that behind the confident smiles of the world’s most beautiful ladies were a lot of frayed nerves. “When it came to the announcement of the top 15, nalalaglag na puso ko!” she said, saying that it was a humbling moment when she realized that there were so many strong contenders who could easily have been chosen in her stead. “Pero project pa rin dapat,” she added with a chuckle.

That confident façade propelled Venus all the way to the top five, until the question and answer portion, where she gave a less than impressive response that many considered to be her “major, major” downfall. “Even if I could, I wouldn’t change my answer,” she declared. “If it wasn’t for that ‘major’ phrase, people wouldn’t have taken so much interest in me, and my fame wouldn’t have been sustained.”

But from the way things are going, fame isn’t something Venus needs to worry about. Even before the end of her reign as Bb. Pilipinas, she had already appeared in a number of sitcoms and morning and noontime shows on GMA-7, TV5 and Cinema One. Last January, she signed an exclusive contract with ABS-CBN. She finds that her hosting job on Umagang Kay Ganda is journalistic, in a way, and credits divine providence for her inadvertent advanced training in the field. “Sanay ako sa limelight, na ako yung ini-interview. But it’s fulfilling to be on the other side pala! When the interviewee makes an effort to give insightful answers, it’s a beautiful thing,” she said.

Between her duties for Bb. Pilipinas and Ms. Universe and her new job as a TV personality, Venus has her hands full. “I feel very lucky to have achieved my dreams this early, and to find that they were just the beginning, and an opening to something more,” she said happily. “At this point, everything feels like a bonus. Ang hiningi ko lang, pan de sal. Ang nakuha ko, burger. With fries pa!”

Venus’ hectic schedule leaves her little free time. Because she has to be up before dawn, she has virtually no nightlife. “I have to be resting by 7 or 8 pm, otherwise I get a headache. Ok lang, ganun naman talaga sa probinsya. I was never really the gimikera type.” When she’s not rushing to a shoot or a meeting, you’ll find her enjoying her downtime in front of the TV or the computer, or spending time with her mom and sisters.

What about romance? “Matagal nang wala!” she laughed. “I’m very careful when it comes to that. I can’t do flings. As much as possible, I want a boyfriend who is a potential husband. I don’t want regrets.” When asked about what she is looking for in a partner, she joked, “Basta may paa at kamay!” A sense of humor, then, is a non-negotiable criterion, along with faith and fear of God. “I’m a Christian. God has to be the center of any relationship for it to stay healthy.” She also prefers friendship evolving into something deeper, rather than courtship from the onset. “Hindi naman ako nagmamadali, I know that it will come in God’s time.”

Even with all the changes unfolding in her life, Venus has never lost her sense of self. “I know where I came from, I’ve never been anything but myself. People have this misconception that I’m maarte and intimidating because of how I look, all prim and proper on stage. It’s part of the job. But once they get to know me, they say, ‘Tao ka rin pala!’ And I say, ‘Oo naman!’”