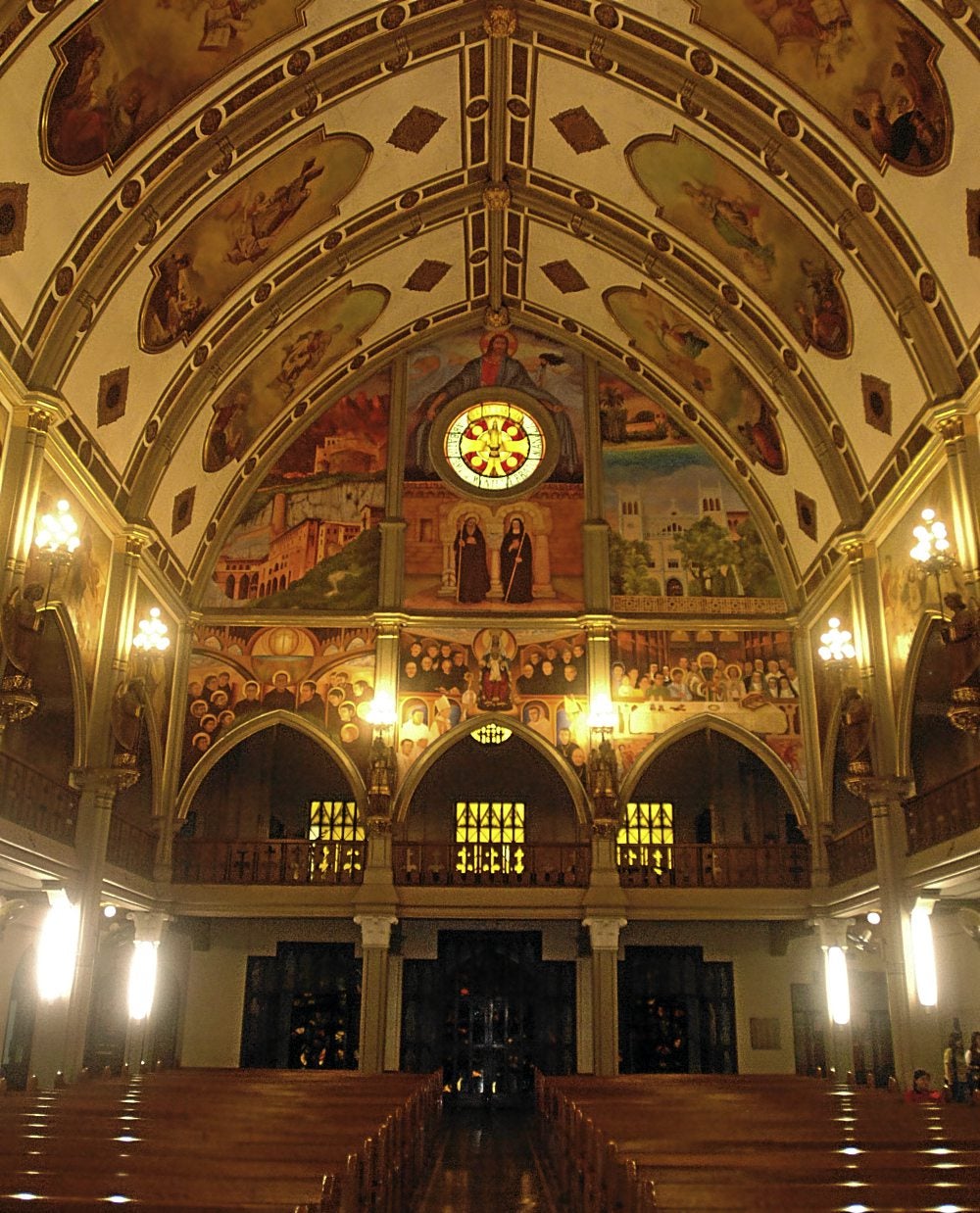 New mural adorns the Abbey Church of Our Lady of Montserrat

To paraphrase the 19th century art critic John Ruskin, when faith and skill work together, expect a masterpiece. Indeed, behind the bronze doors of the Abbey Church of Our Lady of Montserrat lie masterpieces inspired by faith and interpreted by two skilled artists generations apart.

Built in 1925 to serve Manila’s Benedictine monastery and San Beda College, the chapel on Mendiola Street is graced with divine images created by Fr. Lesmes Lopez, a Spanish monk who spent eight years from 1931 painting the whole interior—except for one spot.

“You enter the church and it is wonderful,” said Rev. Fr. Benigno Benabarre, assistant moderator of the alumni association and resident historian, gesturing at the magnificent murals on the ceilings before pointing to the back wall. “But when you went out, you saw this part, totally blank.”

Fr. Aelred Nilo, chaplain of the Basic Education Department of San Beda-Rizal, was even more frank: “It was an ugly white wall.”

It paled in comparison to Father Lopez’s glorious expositions, like the “Allegories,” a breathtaking series of life-size panels depicting virtues and vices personified that soar above the

aisles and pews. The majestic “Apotheosis of the Holy Name” portrays a gathering of blessed personages on the sanctuary’s half-dome, while scenes of Jesus Christ’s early life are rendered on panels around the altar, and the 14 stations of The Way of the Cross are painted on the nave’s arched walls.

Encouraged by Father Benabarre and the generosity of Carlos Ortoll and family, the Benedictine monks entrusted Father Nilo to fill the empty space and he knew just the artist for the task. 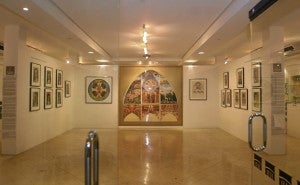 Italian painter Francesco Giannini was restoring murals in an Assisi monastery when he befriended the young Filipino monk in 2006. His restoration work allowed him “to realize my calling [as an artist],” he explained in Italian. “It is a vocation, not about money.”

Creating a mural for the Manila abbey was both a professional and spiritual opportunity.

After collaborating with Father Nilo on a design, Giannini returned to his hometown of Peschiera del Garda to work in near-seclusion. “My wife worried I’d become a monk!” he joked, before elaborating, “But achieving the monks’ condition [working in solitude] helped me to arrive at the kind of work that I could marvel at and would touch me.”

He spent a full year making detailed drafts before the actual painting began in late 2010. Working 12 hours daily in a military barrack-turned-studio, Giannini completed his masterwork last January and shipped it whole to Manila.

“He was never at peace until it arrived,” Father Nilo said of his friend’s understandable anxiety. 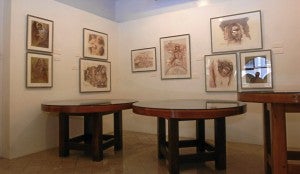 Composed of seven panels of jute canvas measuring 126 sq m, the immense painting is an amalgamation of spirituality, artistry and history—the Benedictine Story in the Philippine Islands writ in vivid pigment.

The visual narrative begins on the top panels depicting the Benedictine mission, from its origins in the Montserrat monastery of Spain to its first Filipino establishment in Surigao.

Bridging them is the Resurrected Christ embracing a specially designed rose window above St. Benedict and his sister, St. Scholastica.

The bottom half is populated by persons of prominence in Benedictine and Filipino religious history. Giannini first sketched their portraits in sanguine, a centuries-old technique using sticks of hematite mineral named for its reddish color resembling dried blood. Unlike the anonymous figures in Father Lopez’s scenes, the studies are mostly based on photographs of real people, though closer observation reveals Fathers Benabarre and Nilo and the artist himself among the benevolent faces of the monks.

Giannini’s trademark palette of earthy oranges and celestial blues are more vibrant than Father Lopez’s age-muted murals, while his neo-Impressionist style is quite distinct from the latter’s Renaissance-inspired technique.

However, by incorporating classical elements such as the medieval stone wall behind the sibling saints and the Byzantine cross in Christ’s halo, a certain harmony is achieved between old and new.

There are more fascinating details  in the beautiful book of photographs compiled by Father Nilo to chronicle the project from concept to completion. Giannini’s original pastel drafts and sanguine portraits—works of art on their own—are also on display at the Pamanang Bedista Heritage Center.

To the men who helped bring the Benedictine Story in the Philippines to painted life, each has found special meaning.

For 97-year-old Father Benabarre, it is the satisfaction of seeing the beautiful abbey church finally completed. For Father Nilo, it represents a modern visual catechism and the faith story of Benedictine monks in the Philippines.

And for Francesco Giannini, it is the culmination of artistic expression and personal spiritual journey, and perhaps even more: “If others look at my work and are also touched by it, then it would be a great satisfaction to me.”