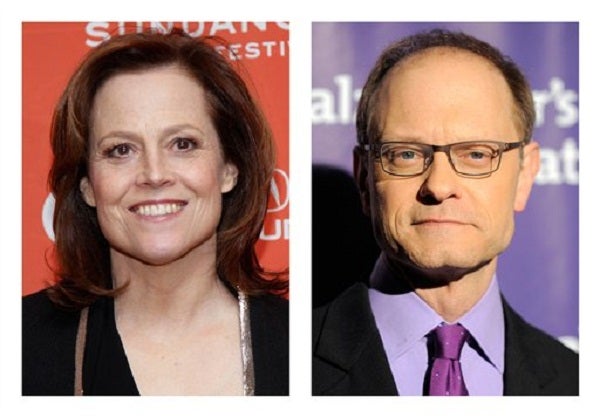 Sigourney Weaver and David Hyde Pierce are teaming up to play siblings as both make a return to the stage in a Chekhov-inspired play, Christopher Durang’s “Vanya and Sonia and Masha and Spike.” The play, which takes characters and themes from the Russian playwright and sets them in present day Pennsylvania, will start in fall 2012 at the McCarter Theatre in Chicago before jumping to Lincoln Center Theater in New York in October 2012. AP/Danny Moloshok, Chris Pizzello

NEW YORK— Sigourney Weaver and David Hyde Pierce are teaming up to play siblings this fall as both make a return to the stage in a Chekhov-inspired play.

Weaver, a three-time Academy Award nominee, and Tony Award-winning Pierce will star in Christopher Durang’s “Vanya and Sonia and Masha and Spike.”

The play, which takes characters and themes from Chekhov and sets them in present day Pennsylvania, will start life at the McCarter Theatre in New Jersey before jumping to Lincoln Center Theater in October.

In the play, Vanya (Pierce) and his stepsister have stayed home to take care of their ailing parents while their movie star sister Masha (Weaver) has been touring the world. Sparks fly at a family reunion.

Weaver, who met Durang when both attended Yale University’s School of Drama, has been in a Durang play before — starring on Broadway in his “Sex and Longing” in 1996. Weaver and Pierce have both been in the playwright’s “Beyond Therapy,” but she was in an off-Broadway 1981 version and he took it to Broadway in 1982.

“Vanya and Sonia and Masha and Spike” will run from Sept. 7 through Oct. 7 at the McCarter Theatre. Previews at Lincoln Center begin Oct. 25 with an opening set for Nov. 12 at the Mitzi E. Newhouse Theater.

It will be directed by Nicholas Martin. The rest of the cast will be made up of Genevieve Angelson, Shalita Grant, Billy Magnussen and Kristine Nielsen.

Weaver, whose Broadway credits include “Hurlyburly” in 1984, is working on the USA series “Political Animals.” Her notable film credits include “Alien,” ”Avatar,” ”Working Girl” and “Ghostbusters.”

Four-time Emmy Award-winner Pierce has spent a lot of time on stage since the end of his sitcom “Frasier,” including Broadway stints in “Spamalot,” ”Curtains,” ”Accent on Youth” and “La Bete.”