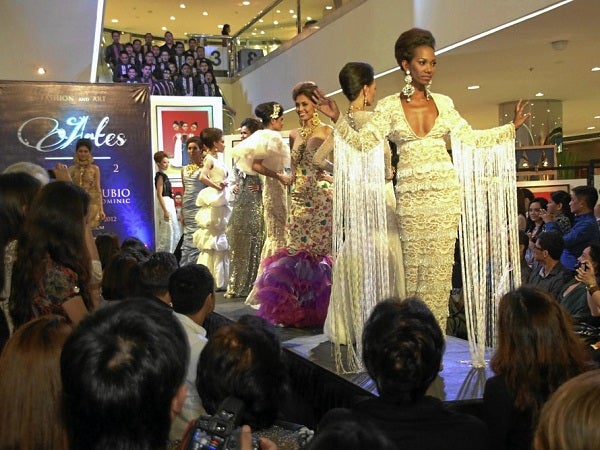 Searching for the perfect gift for my less-exciting half

Blink! And half the year is gone.

Today is the beginning of the tail end of 2012. It’s also the birthday of my hubby Dennis, my less-exciting half. He says I make up enough excitement and extravaganza for the entire family, so his role is to be the boring and steady one, the simple, loving husband and voice of discipline to the kids.

How do I find a birthday present for him? He is the type to just save money instead of buying a gift. But like all men, he has a weakness for gadgets.

The more form and functions in the device, the higher the desire. Tech gear is the only thing where men throw away the value for money argument and get into the must-haves of life.

I was thinking of this as I attended the launch of the Samsung Ultrabook at the Manila Peninsula Hotel. For techies, the desirability of an item is measured in thinness, in this case 14.9 mm, and weight, 1.58 kg, and on both scales the Samsung Series 9 is tops. It is the world’s thinnest and lightest 15” notebook.

The product demo was elevated by the late Steve Jobs into performance art, and it was great to see Samsung business unit director Eric Sulit channeling his late competitor as he went through the Samsung’s capabilities.

There were so many products to go through, including the Series 5 Ultra and Series 5 Slim, plus the Wireless Printer and Samsung Smart Station Monitor.

All these are powered by Intel processors and have enormous amounts of gigabytes. The screens are extremely bright and the devices super fast. You can really see how in the future we will no longer be using desktop computers, and even laptops are becoming too big.

As with all launches in our country, the end-of-presentation raffle is something to look forward to. Lucky guest Atom Henares won the grand prize of a Samsung Series 9 Ultra notebook. But like a true gentleman, he quickly gave the unit to his ex-wife Vicki Belo. I am glad this fave ex-couple have kept a wonderful relationship despite being beyond the helm of married bliss.

I got to see the full range of Samsung Appliances during a photo session last week, as I am their new brand ambassador together with blogger and TV host Daphne Paez. It made we wonder whether Dennis would prefer a Samsung Smart TV or their washing machine, but perhaps I shouldn’t be so bad to him.

Right after the Samsung pictorial, I rushed to Rustan’s Supermarket in Rockwell to grace their opening of the Asian Section of the grocery. Rustan’s now offers various spices and condiments for several Asian menus, and the grocery tapped several upscale restaurants to create sample dishes for the guests to try.

Donnie and Cricket Tantoco, the new brand ambassadors of Smart aside from heads of the stellar supermarket, showed me around and we happily sampled dishes from all the participating restaurants. My favorite samples were the Thai dishes of Azuthai Restaurant. Now that the ingredients are available in Rustan’s Supermarket, I can have pad Thai noodles at home.

That evening was a “three-eventer,” which meant I had to rush off, this time headed to Galerie Stephanie (www.galeriestephanie.com) at The Podium mall for the “Artes Exhibit” of artist Dominic Rubio and fashion designer Frederick Peralta. Their beautiful collaboration of fashion and art is on display at the mall until July 4.

The Filipiniana gown collection of Frederick was the subject of the artworks done by Dominic. Buy the gown or buy the painting, so to speak. Eyeing the pieces were fashion pillars like Ben Farrales and Pitoy Moreno, as well as several art patrons. I was thinking of getting one of the paintings for Dennis, but by the time I got there, all the paintings were already reserved!

As I continued my search for the perfect gift, I headed to the Rudy Project store in the same mall. I saw a beautiful bike helmet, which fit me perfectly. So I got that for our Ironman 70.3 Philippines race in Cebu in August. I also got myself a pair of Rudy Project shades, but Dennis can’t use them as he will be doing the swim leg and thus, will be using Speedo goggles.

So my search continued as I then went to Furnitalia, the country’s first and premier Italian home lifestyle store at the Fort. The landmark store is celebrating its 10th anniversary already, and managing director Florence Ko and co-owner William held a grand celebration party at the newly renovated store. Florence was looking resplendent and much slimmer as she took me around the showroom.

International designer Chi Wing Lo, a multi-awarded architect and interior designer of a furniture line from Giorgetti reworked the showroom space spread across three floors of the iconic building. From its first location in 2002 in Greenhills to its flagship showroom in 2006 at 30th Street corner Rizal Drive at Bonifacio Global City, Furnitalia has led the way in being the leading purveyor of high-end Italian furniture in the country.

Furnitalia boasts of having over 30 brands from all other Europe in their portfolio, ranging from home to kitchen, and even office and outdoor spaces. The “Decennio” party had Italian Ambassador Luca Fornari and his lovely wife Silvana as special guests.

All three levels of the expansive showroom were filled with lavish furniture showcases and banquet stations. Hosts Johnny Litton and Issa Litton did a great job of keeping the party exciting.

I was hoping to ask tito Johnny what I could get as a gift for Dennis but he was just too busy all night. So it’s just possible that Dennis might get his birthday wish and have me save our money instead.