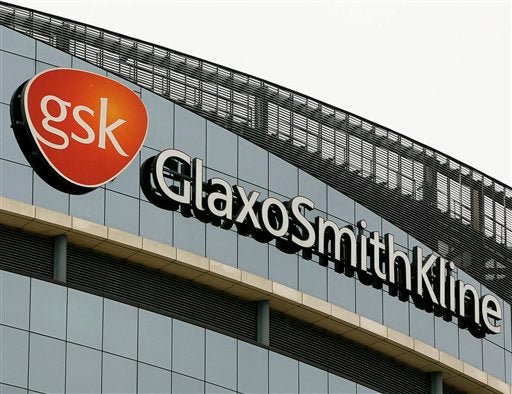 GlaxoSmithKline to pay $3B for health fraud

TRENTON, New Jersey — British drugmaker GlaxoSmithKline will pay $3 billion in fines — the largest healthcare fraud settlement in U.S. history — for criminal and civil violations involving 10 drugs that are taken by millions of people.

The Justice Department said Monday that GlaxoSmithKline PLC will plead guilty to promoting popular antidepressants Paxil and Wellbutrin for unapproved uses. The company also will plead guilty to failing to report to the government for seven years some safety problems with diabetes drug Avandia, which was restricted in the U.S. and banned in Europe after it was found in 2007 to sharply increase the risks of heart attacks and congestive heart failure.

In addition to the fine, Glaxo agreed to resolve civil liability for promoting Paxil, Wellbutrin, asthma drug Advair and two lesser-known drugs for unapproved uses. The company also resolved accusations that it overcharged the government-funded Medicaid program for some drugs, and that it paid kickbacks to doctors to prescribe several drugs including asthma drug Flovent and herpes medicine Valtrex.

Sir Andrew Witty, Glaxo’s CEO, expressed regret Monday and said the company has learned “from the mistakes that were made.”

This is the latest in a string of settlements related to drug companies putting profits ahead of patients. In recent years, the government has cracked down on drugmakers’ aggressive tactics, which include marketing medicines for unapproved uses. While doctors are allowed to prescribe medicines for any use, drugmakers cannot promote them in any way not approved by the Food and Drug Administration.

“Let me be clear, we will not tolerate health care fraud,” Deputy Attorney General James M. Cole said Monday during a news conference at the Justice Department in Washington.

In addition to the $3 billion penalty — which includes a $1 billion criminal fine and forfeiture and $2 billion to resolve civil claims — Glaxo agreed to be monitored by the government for five years to ensure the company complies with marketing and other rules. Glaxo is scheduled to plead guilty to the criminal charges and have the settlement approved at a hearing Thursday in U.S. District Court in Boston.

The case against Glaxo was originally brought in January 2003 by two whistleblowers, former Glaxo sales representatives Greg Thorpe and Blair Hamrick. In January 2011, the federal government joined in the case.

Prosecutors said Glaxo illegally promoted Paxil for treating depression in children from 1998 to 2003, even though it wasn’t approved for anyone under age 18. The company also promoted Wellbutrin from 1999 through 2003 for weight loss, sexual dysfunction, substance addictions and attention deficit hyperactivity disorder, although it was only approved for treatment of major depression.

Starting in 2001, Thorpe reported to his district manager, then to Glaxo’s human resources department and finally to Glaxo’s chief of global compliance about a number of improper marketing practices. The compliance chief eventually began an internal investigation, which confirmed Thorpe’s allegations through marketing materials and other evidence collected and from interviews with Hamrick and other sales representatives, according to lawyers for the two men.

Brian Kenney and Tavy Deming, attorneys for the two salesmen, said top management did nothing to stop the illegal practices, pressured Thorpe to resign and later fired Hamrick for allegedly not cooperating with the company’s investigation of one kickback allegation.

According to Deming, Hamrick reported that at a 2000 regional meeting of sales representatives in Las Vegas, they were directed to promote Wellbutrin as the drug that makes patients happy, skinny and sexually turned on, part of a catchy national slogan repeated to doctors.

Thorpe said in a statement Monday that he was penalized after he reported kickbacks being paid to doctors and sales reps encouraging doctors to promote drugs for unapproved uses, including using Paxil and Wellbutrin in children.

“In the end, I was told that my concerns were not valid. I was put on leave” after a 24-year career, Thorpe wrote. He added that he was told to either “take a severance package or go back to work for the same people, doing the same things I had reported to management.”

Thorpe and Hamrick, plus two other sales rep whistleblowers who joined the case shortly after them, will receive an as-yet undecided portion of the $3 billion.

The Glaxo case underscores how aggressive the Justice Department has become in pursuing such conduct. In a May settlement, Abbott Laboratories pleaded guilty and agreed to pay the government a $700 million criminal fine and forfeiture for promoting Depakote, approved for bipolar disorder and epilepsy, for use in patients with dementia and autism. That was on top of civil settlements with numerous states and the federal government totaling $800 million.

Prior to the Glaxo settlement, the record-setting case involved Pfizer Inc., the world’s biggest drugmaker. It paid the government $2.3 billion in 2009 in criminal and civil fines for improperly marketing 13 different drugs, including erectile-dysfunction drug Viagra and cholesterol fighter Lipitor, the top-selling drug in the world for years. Pfizer was accused of encouraging doctors to prescribe its drugs with free golf, massages and junkets to posh resorts.

“For far too long, we have heard that the pharmaceutical industry views these settlements merely as the cost of doing business,” said Acting Assistant Attorney General Stuart F. Delery, head of Justice’s civil division. “Today’s resolution seeks not only to punish wrongdoing and recover taxpayer dollars, but to ensure GSK’s future compliance with the law.”