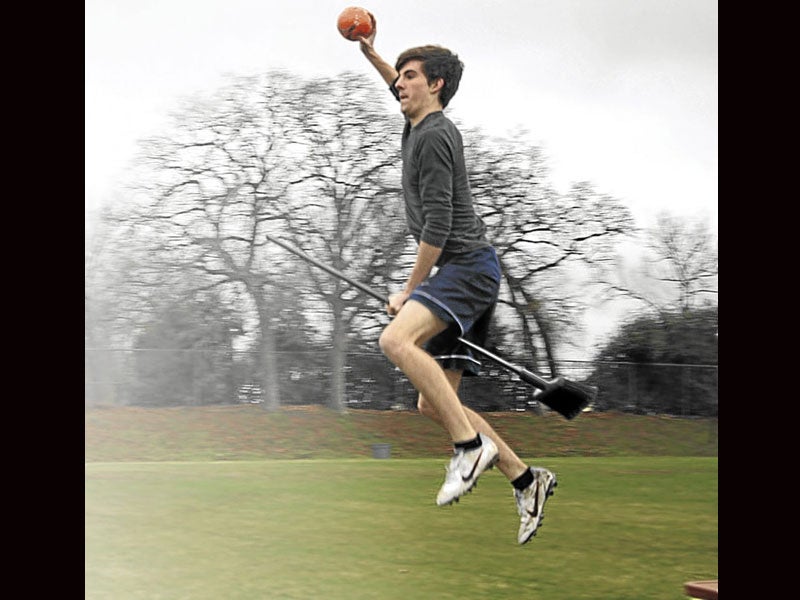 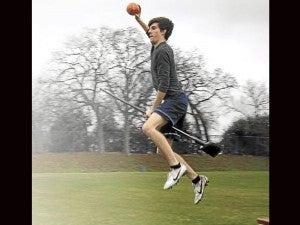 Anyone who’s seen a Quidditch game knows how exciting it is.  It is a game that requires a deft hand with a broomstick, flying skills, hand-eye coordination, a hard body (those Bludgers are painful little buggers), spectacular teamwork, and, of course, speed to catch that elusive Snitch—the tiny winged ball that plays a behemoth’s role in the sport.

Recently, Arabella Figg, a Squib living in the Muggle world, shared photos of her trip in the United States, where she came upon Muggles playing a modified version of the game.  “It was the oddest thing, seeing Quidditch played on the ground!” said Mrs. Figg.

Muggle Quidditch was started in 2005 by Xander Manshel, an English major at Middlebury College in Vermont.  It is also known as “Ground Quidditch” for obvious reasons; Muggle broomsticks are only meant to sweep dust off floors and are not capable of flying.

The Muggle version still incorporates broomsticks, where they offer additional challenges for the players, as they run around the pitch with the broomstick tucked between their legs.

The basics of the game are there: A Keeper guards three hoops secured to the ground, Chasers hit a Quaffle through the hoop to score points, Beaters have Bludgers to slow down opponents, and yes, there is a Snitch, except in Muggle Quidditch, the Snitch is a person dressed in yellow, typically a fast, cross-country runner who is deployed at halftime or at an undisclosed period in the game to run around off-pitch for the Seeker to find.

The game is a hybrid of other Muggle sports, such as volleyball, dodgeball, and hide-and-seek.  It’s quite different from the wizard version, but no less exciting.  To date there are 400 college teams and 300 high school teams.  The International Quidditch Association splits the leagues into three divisions—high school, collegiate, and community.  They even have a World Cup, where college and high school champions are named.

Ludo Bagman, an ex-Beater for wizard Quidditch team Wimbourne Wasps and previous Head of the Department of Magical Games and Sports said of Muggle Quidditch, “Well, that sounds right interesting, Muggle Quidditch.  I wonder if anybody would like to engage in a few friendly wagers over it.  I have paid off the goblins tailing me,” he adds, rubbing his hands in anticipation.

Arthur Weasley, who used to work in the Misuse of Muggle Artifacts Office, was beyond ecstatic.  “Quidditch, by Muggles you say? Without flying? I wonder if Molly will let us take our next holiday in Vermont!  We could fly there in our new car  … I mean, a Portkey, in the shape of a toy car, yes, yes, that’s what I meant.”