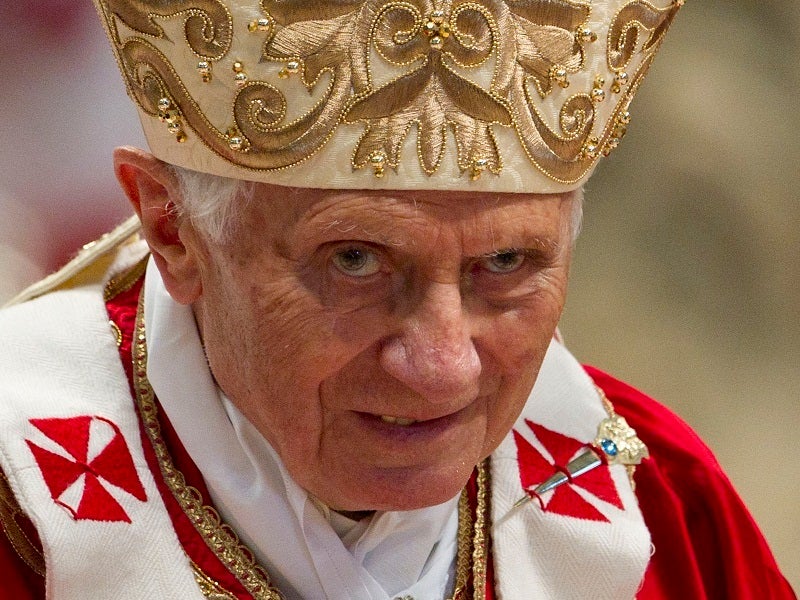 VATICAN CITY — Pope Benedict XVI fired a 52-year-old Slovak bishop for apparently mismanaging his diocese in a rare show of papal power over bishops that could have implications for U.S. sex abuse cases.

Usually when bishops run into trouble — either for alleged moral lapses or management problems — they are persuaded by the Vatican to resign. But Benedict has become increasingly willing to forcibly remove bishops who refuse to step down, sacking three others in the past year alone.

His willingness to do so raises questions about whether he would take the same measures against bishops who covered up for sexually abusive priests. So far he has not.

In the most notable case to date, Benedict fired Bishop William Morris of Toowoomba, Australia, last year after he called for the church to consider ordaining women and married men. He also removed a Congolese bishop for management problems in his diocese and an Italian one in May for similar reasons.

On Monday, the Vatican said Benedict had “relieved from pastoral care” Bishop Robert Bezak of Trnava, Slovakia. No reason was given, but Italian news reports suggested administrative problems were to blame, and Slovak news reports quoted Bezak as saying he thought his criticism of his predecessor may have had a role.

Bishops normally hand in their resignation when they turn 75 years old, their customary retirement age.

The exercise of the pope’s ability to fire a bishop has important implications, particularly concerning bishops who mishandle pedophile priests.

In the face of U.S. lawsuits seeking to hold the pope ultimately responsible for abusive priests, the Holy See has argued that bishops are largely masters of their dioceses and that the pope doesn’t really control them. The Vatican has thus sought to limit its own liability, arguing that the pope doesn’t exercise sufficient control over the bishops to be held responsible for their bungled response to priests who rape children.

The ability of the pope to actively fire bishops, and not just passively accept their resignations, would seem to undercut the Vatican’s argument of a hands-off pope.

“If the pope can fire a bishop, that implies he’s their supervisor,” said Nick Cafardi, a U.S. canon lawyer and former chairman of the U.S. bishops’ lay review board that monitored clerical abuse. “This will invite more lawsuits attempting to sue the pope in American courts.”

Jeffrey Anderson, who is seeking to hold the Holy See liable for a case of an abusive priest in Oregon, said the Vatican was trying to have it both ways.

“They will remove, using their canon laws and their own protocols, bishops, priests and clerics for any reasons — for theological or any other reasons — but when it comes to sexual misconduct, they never use those same standards,” he said.

Even the most well-known case, that of Cardinal Bernard Law, ended when Law offered his resignation after the sex abuse scandal exploded in his Boston archdiocese 2002. Law subsequently was named archpriest of one of the Vatican’s basilicas in Rome, St. Mary Major.

That said, things may be changing: The Vatican’s sex crimes prosecutor, Monsignor Charles Scicluna, warned in February that bishops could face possible church sanctions for malicious or fraudulent negligence if they fail to follow the Vatican’s rules on handling sexually abusive priests. But he acknowledged that such bishop accountability needed to be “further developed.”