The 4 faces of Kobe Bryant in Manila | Inquirer Lifestyle 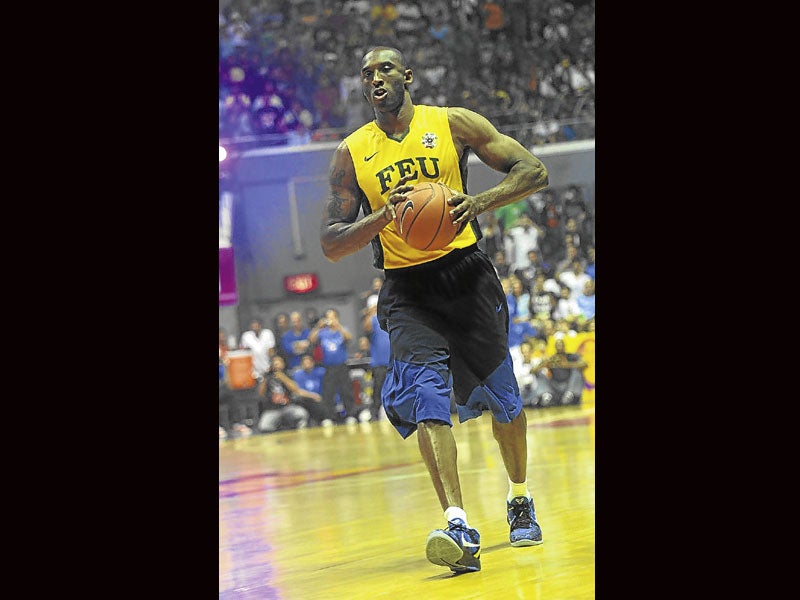 The 4 faces of Kobe Bryant in Manila 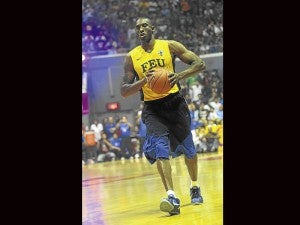 On your TV, on your SportsCenter highlights reel, or on your Yahoo Sports Gamecast, Kobe Bryant is a superlative basketball player. He’s the Black Mamba, an assassin, a pure scorer that scares the living daylights out of anyone sent to guard him. And that’s it. Save for a few NBA Cares commercials, or a feature on ProBasketballTalk, there’s not much else that we know of him. The exception perhaps, is when he comes to Manila. Maybe it’s the off-season, or maybe it’s the fact that he truly feels comfortable here, after all, it’s his fourth visit, the third time by Nike, but fans see different glimpses of their idol when he’s on our shores. If you were lucky enough to catch him at the Araneta Coliseum, or at Bonifacio High Street, the following are the facets of Kobe Bryant you probably saw:

Ask Kobe Bryant about his inspirations and he’s not afraid to talk about them, his father, other guys that he followed while he was growing up in Italy, Michael Jordan. Having someone to aspire to become, to look up to, Kobe says, “It’s really important for athletes.” As such, one thing Bryant always makes it a point to do when he’s in Manila is to inspire young kids, not just the ones that follow every Lakers game, but the less fortunate ones as well. “When I was growing up, I had a lot of great mentors… It’s part of my responsibility.”

Thus, one notable stop on his Manila itinerary was to catch up with the kids he last met with in 2009 from the Gawad Kalinga (GK) SIGA program, a foundation that provides scholarships to out-of-school youth. Kobe conducted a mini-basketball clinic with them and a new set of SIGA athletes at the GK Barangay (village) Pinagsama in Taguig. For Kobe, these are his most memorable moments of his trips, “Being around kids and playing basketball with them.”

As a special bonus, Nike helped refurbish the Barangay Pinagsama basketball court, to serve as a physical reminder of the NBA superstar’s trip. “We hope Kobe’s visit will have a lasting effect on the children… and will inspire them to reach their own dreams, just as Kobe worked hard to reach his,” said Mae Dichupa, Nike Philippines Country Marketing Manager. 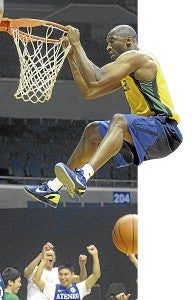 It’s a bit hard to believe, but Kobe Bryant has been in the National Basketball Association (NBA) for a grand total of 15 years, as a result of being drafted straight out of high school. Despite just being 32 years old, Kobe be rightfully considered a cagey NBA vet, having seen and played against, so many stars, some of whom have come and gone.

The hot topic though was the NBA lockout, and despite admonitions from the staff on hand not to ask him about the topic, reporters persevered, and a gracious Bryant chose to answer their questions anyway. “It’s just a point of business,” Kobe said, during the morning press conference, held at the Manila Peninsula hotel. “There’s a lot of business elements in it. As players, we have a responsibility to stay in shape, to train, to get ready for whatever occurs.”

Though he has no Lakers training staff checking in on him, or even a specific date for when the season will begin, Bryant’s summer routine hasn’t changed at all. “I just continue to do what I do. It [the lockout] doesn’t change a thing. I stay in shape, I work hard. Whenever the lockout’s done, I’m ready. The workout doesn’t stop”

Kobe also fielded questions about some of the recent retirements in the league, namely two big centers that many feel are NBA icons, Yao Ming and Shaquille O’Neal. On Yao, whom Bryant’s Lakers faced and defeated on more than one occasion in the NBA playoffs, Kobe couldn’t help but marvel at his off-court accomplishments, saying, “He opened up lots of doors [to China] and his influence is of such a huge magnitude. On top of that, he’s just a phenomenal player. When he was healthy, he was a dominant player in the NBA.”

His response to O’Neal, his former teammate, was a bit less glowing, understandable, given the history between the two, but Bryant didn’t mince words when he called Shaq’s career “incredible.” When told that “The Big Aristotle” had signed a contract to provide commentary on the TNT cable network’s NBA coverage, Kobe couldn’t help but grin and say, “That will definitely be interesting.”

Then Kobe Bryant decided to enter the fray. 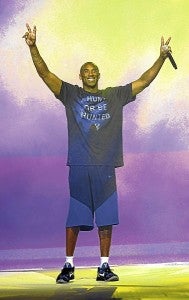 Quickly tossed an FEU jersey by FEU head coach Bert Flores, the move drew loud shrieks from the packed crowd at the Araneta Coliseum. Bryant asked for 8 more minutes on the clock, and a chance to overturn the UAAP team’s deficit. Who could refuse him?

Taking to the court with a fresh coterie of players, La Salle’s LA Revilla and Joshua Webb, and Ateneo’s Kirk Long and Greg Slaughter, Bryant turned the ball over on his first touch. On the next go-around though, he found himself isolated on the right wing against Lutz, who was noticeably a bit worried about having to guard a nine-time All-NBA First Team selection. He had good reason to be. A few shakes of his body exploded into a spin move on the baseline past Lutz. A mid-air fake took away two defenders, and he scored, to the roar of the crowd.

And so it went, with Kobe alternating between setting up his college-level teammates, and scoring on the national team. A bounce pass found Kirk Long for an easy lay-in. A behind the back pass was caught by a cutting Greg Slaughter for the dunk. Then, off a missed triple by FEU’s JR Cawaling, who had been subbed in, a slam dunk that melted the crowd. The highlight though, was simple to single out. Swiping the ball from Gilas’ Mark Barroca, Kobe went all the way for a two-handed tomahawk, hanging off the rim for emphasis, getting the UAAP kids to within two, 43-41. And though Gilas edged them at the buzzer, 45-41, it was a moment the young hoopsters will likely never forget. They surrounded him, dishing out high-fives and pats on the back to their “kuya,” as Kobe congratulated them for their effort. Making the moment more special was a Nike official telling those seated courtside that this was a first for Bryant, according to a tweet by ABS-CBN sportscaster TJ Manotoc. He had never insisted on joining an exhibition match until that game.

“I just love coming back here,” said Bryant during the press conference. “There’s so much passion for the game of basketball.” Clearly it shows, as this was his fourth trip to Manila.

The South East Asia region is improving in terms of basketball, Bryant pointed out. “In terms of ideas, it’s doing things like what I’m doing now. Coming back, doing camps. I know [Miami Heat head coach] Erik Spoelstra does a great deal of camps here. That’s what you have to do. You have to continue to learn, continue to teach. The players here have the responsibility to work hard and train. That’s all it is.”

And though he didn’t really address rumors of him coming back for a series of barnstorming games with fellow NBA All-Stars Derrick Rose and Kevin Durant, mark his words, Bryant said he would return, someday. “There’s always more [to do]. I’ll keep coming back here. I love it here.”