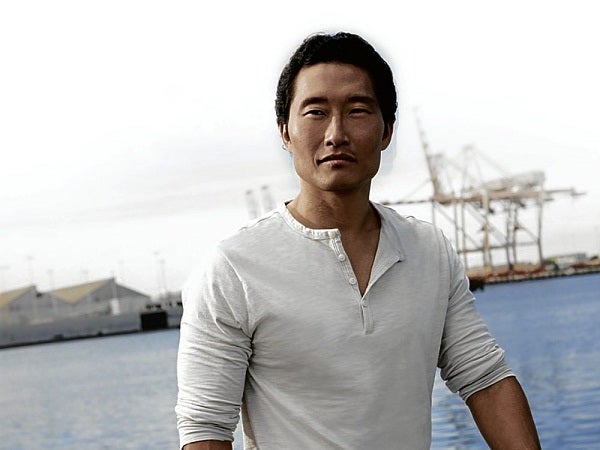 I wasn’t a fan of the original “Five-O” series so I didn’t pay attention when the reboot came out, but all it took was one rerun on AXN last Christmas for me to go from disinterested to super fan.  After that particular episode (the one where Steve McGarrett steps into the boxing ring), I did my own “Hawaii Five-O” marathon the next day and finished one season up to the latest episode of Season 2 in two days.

Super talked to Daniel Dae Kim, who plays shotgun-toting badass “Five-O” member Chin Ho Kelly. Informants can rest easy knowing that Daniel doesn’t give up the goods quickly as we tried to press him (read: beg) on how the season’s finale cliffhanger will be resolved.

I think it’s a combination of things. Chin Ho is kind of a departure from me, from my character on “Lost” and I get to speak English (laughs) and I really appreciate that. There are also some really fun things that Chin Ho gets to do that I never got the chance to do, like ride a motorcycle and shoot a shotgun so it’s been fun for me.

I did. I actually had a weapons day to kind of familiarize myself with all the guns, including the shotgun, and I rode around with the Honolulu Police Department for four days to see what it would be like to be a policeman.

This season’s finale cliffhanger had you at the center of it.  Are we going to see Chin Ho’s dark side next season as a result?

I can’t be sure but I’m hearing something like that. If that’s the direction that he takes, then I’m very excited. One of the nice things about television is that you can go from being easygoing and happy to dark and tragic season to season as your character continues to grow.

Do you have any idea if both Kono and Malia will make it?

I have some idea …

You’re a longtime resident of Hawaii. What do you enjoy most about living there? What do you like doing when you’re “off-duty”?

I think what I enjoy about living in Hawaii is that when I’m not working, I’m not necessarily in show business or, you know, Hollywood. Because if I lived in LA, I’d be surrounded by everyone talking about the business all the time. But in Hawaii, people love the show, but they’re not really involved in show business at all, so I get to be a little bit more normal on the weekend.

You mentioned “Lost” earlier.  How was it having Terry O’Quinn as a frequent guest on the show?

It’s pretty great. It’s like having an old friend come back and visit (laughs). I enjoy working with Terry and I think he’s a real professional.

How many Hawaiian shirts do you own personally?

Zero. I’ve always thought to myself that when I’m older I’ll get some Hawaiian shirts, especially now that my character wears so many of them I feel like I own them already.

What other dream roles do you have?

Do you have any projects lined up while you’re on hiatus?

I’m on hiatus right now, but I decided to do a little bit of traveling, come to Asia to support the show, and so it meant that I wasn’t able to go work on a film.

I hope you drop by here if you’re planning to come to Asia!

(Laughs) I’m interested in the Philippines, I hear things about it.

What one word each would you use to describe Alex (O’Loughlin), Scott (Caan) and Grace (Park)?

Grace is mercurial, Alex is driven, Scott is versatile.

Do you ever get to hang out when you’re not filming?

We hang out every once in a while, I’m happy to say that we’re not totally sick of each other yet (laughs).

Given Hawaii’s laid-back atmosphere, do you get to enjoy the island without fans going crazy over you?

Have you ever found yourself thinking like a cop outside of the show? Do you have cop instincts already?

I think I have become a little more observant, but if it ever came down to it I’d let the real cops do the real work, I think (laughs).

What would you say is the toughest thing about playing Chin Ho?

The toughest thing about working on our show can be the hours. We work 12 to 14 hours a day, five to six days a week for 10 months out of the year and that schedule can get grueling. But it’s definitely fun and it’s a good challenge.

Who would you like to see guesting on “Five-O”?

Anyone? Wow, I’ve never really thought about that before. I would love to work with some of my old “Lost” castmates. Harold Perrineau would be a great person to have on the show, he played Michael on “Lost,” Josh Holloway, who was Sawyer, might be someone good to have on the show. That said, if you open it up to everyone I’d have to give it some thought.