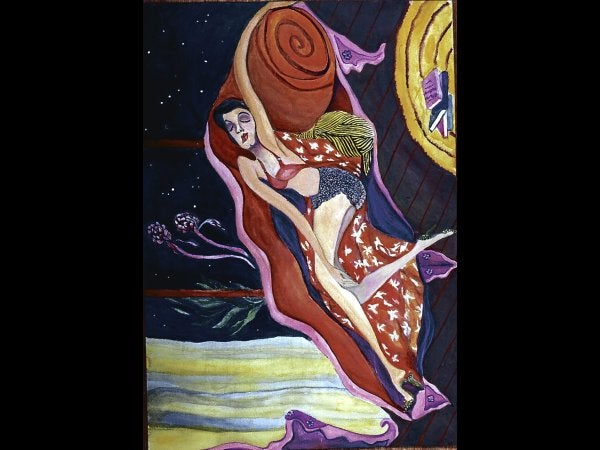 While breaking open and consuming mangosteen this morning, I remembered what Cora Alvina used to say about the “junk” that fruits generate, some more than others. For instance, one kilo of mangosteen produces a pile of thick purple peels so disproportionate to the seeds one has consumed.

An even bigger waste-maker is jackfruit. Aside from its thick spiky armor, there is that sticky white miasma to be extricated from its golden pods. Runner-ups are duryan, guyabano and santol (of which one can leave quite a lot of refuse after one eating). Watermelon and melon are not far behind, their peels often jamming garbage bins.

The king basura-maker though is, bar none, the buko. The bulkiest husk and shells are discarded just to obtain a glass of fresh buko juice with a few transparent strips of meat. Debris-free and neat to eat, in contrast, are guava, balimbing, duhat, makopa and sineguelas, which do not require the assistance of a knife. Unless you are like my mother who liked her sineguelas peeled one by one and chilled before serving.

The husks and peels, shells and skins of fruits are, of course, not real waste products.  They have medicinal uses (mangosteen peels), or household uses like floor husks, bristly bathroom tile scrubbers and tabo. Some are good mosquito repellents (lanzones peel), and selected skins are fed to farm animals. The rest are emptied into a compost pit.

Anything natural is reusable, especially cloth. There is a healthy retazo trade in Divisoria and in towns where imported garments are sewn. Unlabeled overruns are available in many “secret” outlets like condos and such. Ukay-ukay of secondhand garments from abroad (average P20-P50) are available to the poor and they can look every bit as smart as their señora.

Difficult to sell in an ukay-ukay, I’m told, are coats, unless there’s a sudden movie shooting of a crowd scene where they all wear americanas.

China exports the most extensive manufactured debris in the world. Their products are dirt-cheap and, therefore, sellable. Christmas lights that can set afire whole houses, ordinary house bulbs that conk out in an indecently short time, pliers that get permanently stuck, hammers with heads that fly off, faucets with holes, hoses whose nozzles malfunction, barrel bolts so inferior they give in to a push on the door. Pretty toilet seats have metal stays that go awry, and lamps have goose necks that go limp.

China is in the stage that the Japanese were pre-World War II when the goods they produced were barato y roto (cheap and rotten). It will take a lot more living for them to overcome their neediness and acquire pride of quality. And they will first be bullies before they can even hope to become a true world leader.

In the Philippines, there are too many chefs today! Young people think it’s such a glamorous and easy job, when actually it’s one of the most arduous.  Chefs’ school is no cake walk, with subjects like organic chemistry, microbiology, etc. The tuition costs an arm and a leg, not to mention later equipment for a restaurant kitchen.

One has to wake up early, keep track of perishable and pilferable inventory, control the quality of cooking and waiter service, and attend to the business side.

Even an insurance broker has to go through a regulatory board, but not a chef. An aficionado can take a few cooking courses, call himself one and open a restaurant. It helps a lot if one’s papa is rich.

A superfluity of S’s

I have tried to figure out: Is there anything else Pinoys have an overrun of? And I remembered how we love to overuse the letter “s”! We pluralize the words we adopt, probably to compensate for the perennial lack in our lives. So it is sapatos for just one shoe, botas and chinelas for one of a pair.

Botones for a lone button, relos for the one wristwatch you’re wearing or the clock on the wall, perlas for a single solitary pearl, and pulseras for a single bracelet. Also, patata, cebolla, lanzon, salchicha and sopa (singular Spanish) have morphed into patatas, sibuyas, lanzones, salsitsas and sopas (Tagalog singular also).

Other Tagalized terms to which we have added the famed “s” are rehas for reja, suelas for suela, medyas for media, which according to the dictionary, are the singular of its Spanish counterparts. Rosas applies to a singular local rose.  Even one lonely flea, pulga, is, to us, pulgas. That’s Filipino abundance!

Bad luck reinforced with an “s” becomes malas. Luz becomes luces when it is lighted on New Year’s Day, and voz sounds more effective as boses. With the addition of an “s,” hora has become isang oras, cuevas is  “many caves,” when it actually refers to only one tenacious defense lawyer (sorry for that!).

For adoptees from English, it’s “colds” for cold and “cokes” for Coke. And, more currently, furnitures, equipments, advices and other collective nouns.

Have an excess of joy this Sunday!