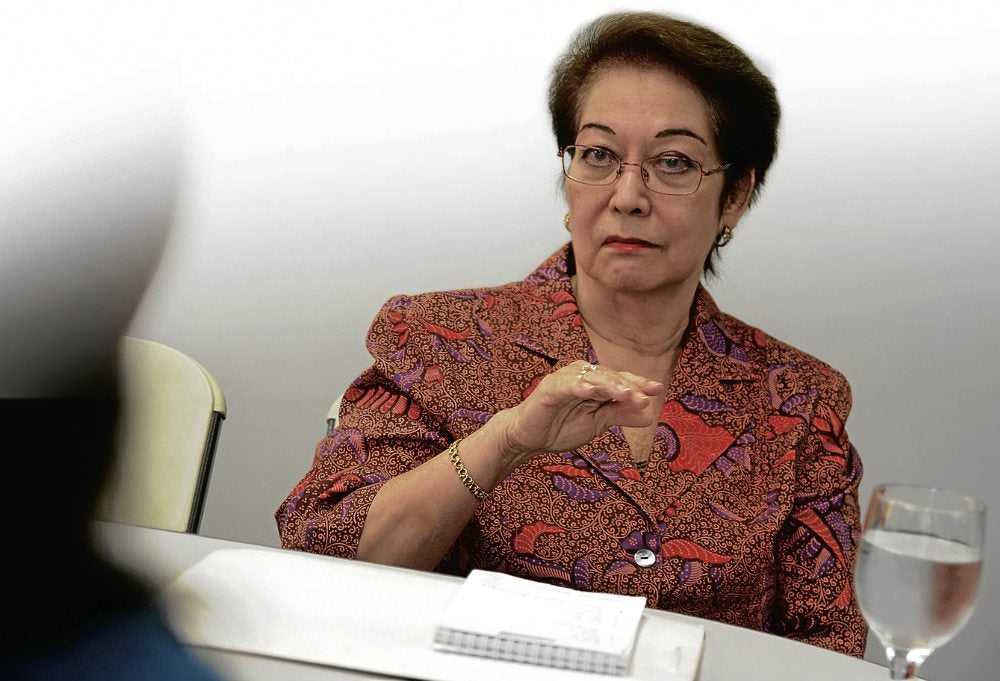 Disbelief and later dismay swept over the art community when Deanna Ongpin-Recto was voted out as board member and president of the Alliance Française de Manille (AFM), the French cultural agency, on June 6.

Perhaps even more dramatically, Filipino artists who had been preparing for a big exhibition on pre-colonial Philippines, titled “Alliances en Resonance,” at the Musée du Quai Branly in Paris in April 2013, have cancelled, including National Artist for the Visual Arts BenCab.

“I was saddened to learn of the ouster of Ms Deanna Ongpin-Recto from the AFM Board for protecting the funds reserved for artists’ grants,” wrote BenCab in a letter to AFM cultural coordinator Sabrina Durand. “I shared her vision and strongly supported her Philippine Artist Residency Program (PARP) for the development of Filipino artists.”

Recto, who was awarded the prestigious Order of the Legion of Honor in January 2010 by the French government, was said to have been voted out of the board because of her refusal to use AFM-Philippine Artist Residency Program funds, supposedly reserved for Filipino artists, to finance the expansion of the AFM’s building in Makati.

Columnist and painter Rufino said in her letter to AFM cultural officer Earl Parco that she was “shocked and disappointed”: “I think that Ms Recto was treated unfairly. She was protecting the PARP. There could have been a better way to resolve the issue amicably.”

Recto said that normally, in a full-blown membership campaign like last year’s, Alliance could recruit only about 20 new members; this would include old members who have been won back to renew their membership.

“I don’t know who paid for them (the new members),” Recto said. “That is not my business… I’m not saying they bought votes. I just wonder how 80 new members just suddenly materialized. During the elections there were people who didn’t look like AFM members. I have never seen them before, [not even during exhibits or film screenings].”

Two days before the election she met with her predecessor and now newly elected president, Bernard Sim. She said she told Sim she knew the Alliance was putting him back as president. But that’s okay, Recto said, she would not contest it or accept any nomination for any officers’ post. She said she just wanted to continue managing the gallery and protecting the AFM-PARP.

AFM-PARP is her brainchild, launched in 2010 during AFM’s 90th anniversary. It is a program that sends a Filipino artist on a three-month residency in France each year.

In the three years Recto held the presidency, the AFM-PARP was able to raise P9.5 million from earnings from gallery exhibits. She explained that 30 percent of the total sales went to the fund.

While she showcased works of up-and-coming artists, she balanced each show by exhibiting them alongside established artists. At the end of the day, she said, it was always a credit instead of a debit.

Among the exhibits she put up were by three National Artists—BenCab, Arturo Luz and Federico Aguilar Alcuaz. She said they had agreed to mount the shows because they wanted to support the AFM-PARP.

She said the planned expansion of the building already has P20M  in reserve, raised during the previous AFM directorship of Olivier Dintinger. But costs of the construction have since skyrocketed to P35 million because of ambitious revisions to the original plan.

Recto said she and Sevrine Miailhe, another Alliance member, challenged the revised expansion plans. She said the new plan wants to put up a scenic elevator.

“What do you need a scenic elevator for when the view you get is the South Cemetery below?” she said.

She said that since AFM didn’t want to borrow money from the bank, it now wants to use the AFM-PARP funds to finance the expanded construction.

“Why touch the artists’ funds? I had the good fortune to design and implement what I think is a very good program,” Recto said.

The first grantee of AFM-PARP, Ambie Abaño, president of Printmakers Association, is  on a roll. She left for New York last week because she got the Asian Cultural Council (ACC) grant. The Rockefeller-funded ACC is one of the most important award-giving bodies.

For Recto, all of that is a validation that the AFM-PARP is going toward the right direction.

(Hilario should be leaving for France in October if the Alliance will still continue to honor AFM-PARP.)

Now out of the picture, Recto said that for the first time in 92 years, the Filipinos are the minority in the board. This should not be the case, she added, because AFM is a SEC-registered Filipino association, autonomous, with its own articles and bylaws.

“It’s supposed to be a Filipino board,” she said. “The director is hired in Paris by the ministry under the French government. It is a nonprofit association that aims to promote Philippine-French relations.”

Filipino board member Leovino Garcia, former humanities dean of the Ateneo de Manila University, has also resigned. Today the 11-man board is composed of four Filipinos, five French and one Swiss.

A member of the board for seven years, Garcia, who was educated at the French-speaking Catholic University of Louvain in Belgium, resigned June 25 when he heard of the news upon his return from a trip abroad. He clarified that he resigned not because Recto was voted out, but because the means of her ouster was not ethical.

The Filipinos in the board offered her their seats but Recto said she refused.

“They should all resign to give a statement that these French cannot bully us but they didn’t do it,” she said.

A portion of the PARP fund, she said, will be “borrowed” by the board. According to a resolution passed in 2010 the PARP funds are protected up to P3 million only. That means Alliance can “borrow” up to P6.5M.

“Three million pesos will be left for grants,” Recto said. “I refuse to accept this, and demanded to have the term ‘borrowed’ defined. How much would be ‘borrowed’? Would interest be paid? And when would the ‘borrowed’ funds be returned to the PARP funds? I never got an answer. The issue remains unresolved to this date, which is why they are frantically trying to convince the artists that the PARP funds will be kept intact.”

In a letter dated June 28 to  Rufino and to all artists who cancelled their 2012 and 2013 exhibits at AFM, board president  Sim said, “The Alliance will continue to support the Philippine Artist Residency Program (PARP), thus preserving the artist fund, as confirmed by the Board Resolution passed May 30, 2012.”

“That is absolutely false because the Resolution was passed July 28, 2010 when the fund contained little more than P3 million, Recto said. “The text of the resolution was simply read out at the May 30 board meeting when I reminded the board members that the P9.5 million PARP artists’ fund could not be used for the building expansion cost, as it was reserved for the purpose of financing the yearly artists’ residency grants for France.”

“Controversy hounds me, follows me, because I don’t shut my mouth,” Recto said.  “If something is not right I will speak my mind. I love Alliance Française as I love France, no matter what has happened. That’s not going to change. I don’t want to harm the Alliance in any way. That is not an issue. But I despise the people behind this.”

She said she raised the matter of the “scenic elevator” with the group of Jacques Branellec, the French perliculture specialist who’s the founder Jewelmer.

But he did not like the questions I raised, she said about Branellac, who she called “the kingmaker.”

Seven years ago, when Recto first became a member of the board, he told her she should be president instead of Sim. After another year Branellec again insisted on her contesting the presidency. On the third year Sim asked her to become president because his health was not good anymore.

Beyond the rift caused by the impending construction of a building are back stories of AFM’s intolerance of different opinions, of officials who do not want to be contradicted or questioned, of men who do not take it well when challenged by women.

Two of the board’s outspoken women, in fact, had been voted out—Recto and Miailhe, former second vice president and a member of the board for 12 years.

“They cannot stand strong women,” Garcia told Inquirer. “This is the work of somebody’s play with power and politics; expats who think they are better than us. The Alliance has thrived more than ever during Recto’s presidency. [For her] to be out of the board just baffles me.”

When Inquirer reached Stéphane Doutrelant, the executive director of Alliance, he said, via text message: “Indeed, I manage AFM under the responsibility of the board but take no part in issues such as the elections to the Board of Directors, where only members of AFM vote.”

None of the directors was available for interview at such short notice, he said.

“Stéphane and I never got along. Everybody knows that. Bad blood kaming dalawa because I was always after him to do his work,” Recto said.

Recto said Doutrelant was a far cry from his predecessor Dintinger, who was “a wonderful director,” who was dynamic and made the rounds of  galleries. He knew Philippine art and even went around the country.

Since the board did not want to borrow funds, the implementation of the AFM employees’ retirement plan was also deferred.

Recto said she fiercely opposes the staff’s retirement plan to be used to help fund the construction: “All companies have to have a retirement plan. That is the law. What happened was brutal and graceless, unworthy of not just the French people but any kind of people. Really dirty.”