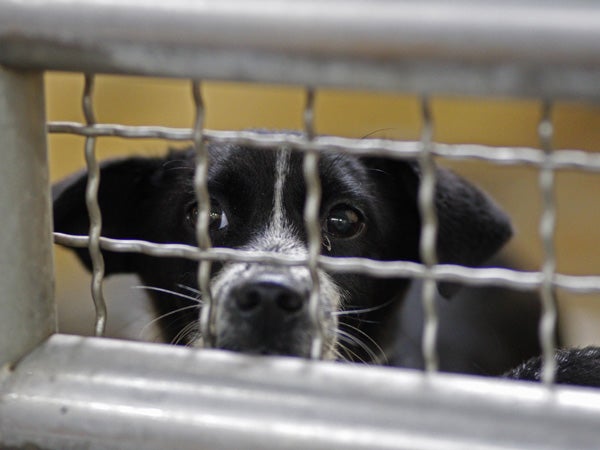 ‘Love hotel’ for dogs to open in Brazil

RIO DE JANEIRO—Home to a 32-million-strong canine population, the world’s second largest after the United States, Brazil is to open a “love hotel” for pets in the southeastern city of Belo Horizonte.

The economic daily Valor reported that Fabiano Lourdes and his sister Daniela planned this week to inaugurate “Animalle Mundo Pet,” an eight-story building with an entire floor devoted to dog tryst.

Dog owners will have to pay $50 a day for a room, which comes complete with a heart-shaped mirror on the ceiling, red cushions on the floor and dimmed lighting.

The idea is inspired by the thousands of love motels which allow Brazilian couples to rent rooms by the hour for amorous purposes.

“For many people, the dog is a child who must be well treated,” 26-year-old Fabiano Lourdes explained.

“Our market studies showed that people work all day long and they do not know where to drop their pets for mating,” he added, expressing hope that similar hotels will sprout up in other Brazilian cities.

The brother and sister told Valor they have invested $1 million dollar in the venture, which has 60 employees, including veterinarians and biologists and will sell luxury accessories such as $1,000 Swarovski crystal dog collars.

Their pet love hotel will have a fitness center and space for dogs to celebrate their birthdays.