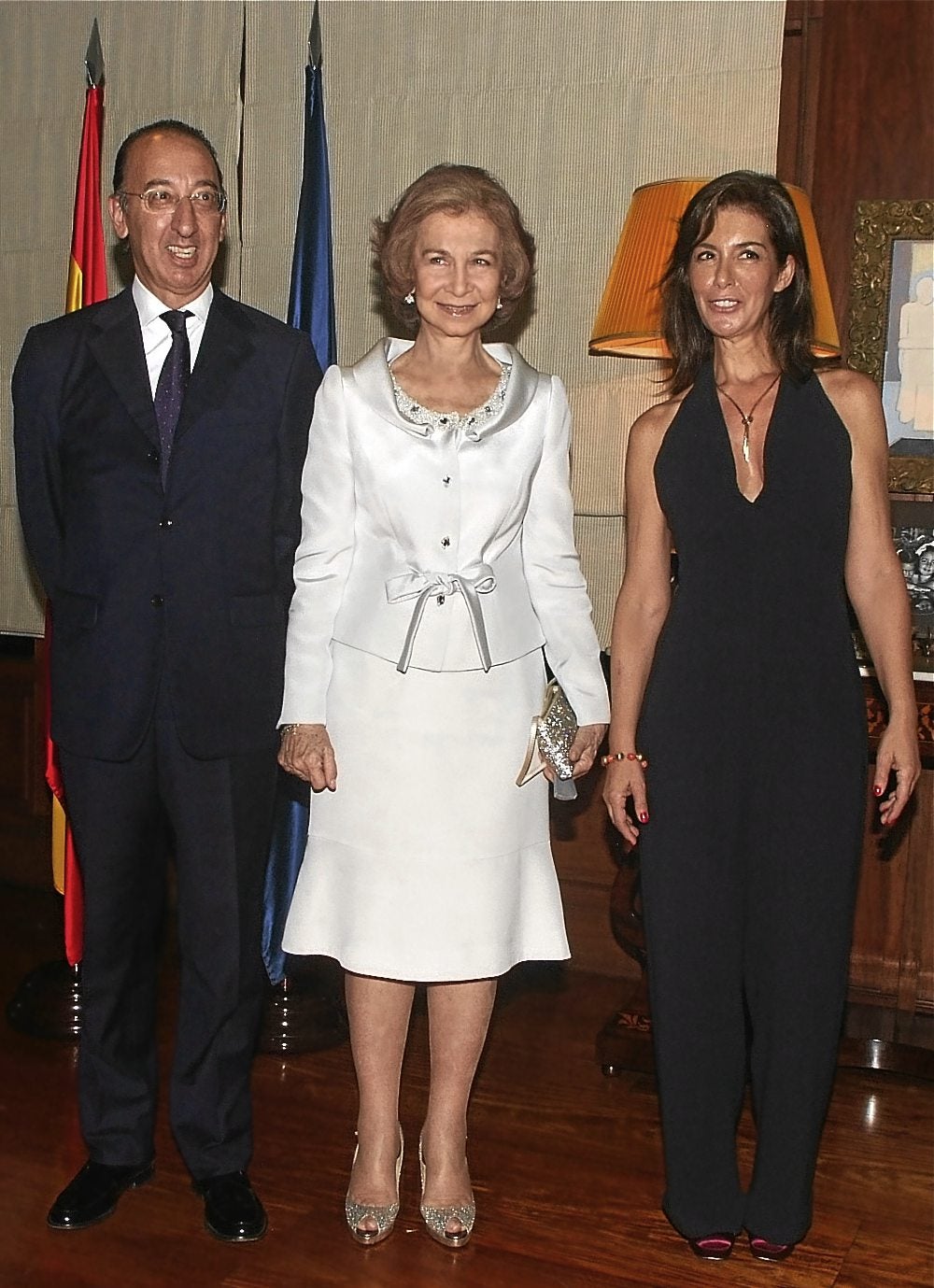 She came, she saw and conquered our hearts. We refer to Su Majestad Reina Sofia de España who captured our admiration for her simplicity and charm, while keeping her regal bearing, during her recent state visit, dahlings.

Après an elegant and relaxed state dinner given by President Aquino at Malacañang, Reina Sofia toured different places around Manille, such as Intramuros, the National Library, University Santo Tomas where she had an early 9 a.m. breakfast, and the National Museum of the Philippines, where Sen. Loren Legarda was her hostess and guide.

A day or two before, she made a  trip to Albay province, visiting Ligao City Camalig School and Evacuation Center, Duran Memorial Hospital and the Academy of Climate Change in Legazpi City.

For a breather, the ambassador gave her a cocktail reception with heavy bar chow at the ambassador’s residence, where she met 500 chosen invitees from the local Spanish community, dahlings.

We had to be there promptly before 6:30 p.m., and promptly, at 7 p.m., Her Majesty made her entrance amid thunderous applause of the guests. Together with Ambassador Domecq, she then welcomed us at the reception line, taking some seconds to chat with everyone.

The sight that touched my heart was when she left the reception line for a second, and bent low to chat with Anton Roxas, who was in a wheelchair.

The reception was a success due to the work of Pilar Aldanese, former secretary to several Spanish envoys, and equally hardworking Stella Alegria, secretary to the ambassador.

Rain, wind and storm didn’t stop the invitees from warmly socializing in the main salon and covered patio of the ambassador’s residence, while nibbling on the delectable croquettes direct from the ambassador’s kitchen, moi  attacked the croquettes till I was stuffed  with it. Yummy.

Since the queen is a vegetarian who eats seafood once in a while, menu for the royal evening were mushroom croquettes, parmesan croquettes, mini tortillas with caramelized onions and sherry; basil and spinach tempura; and vegetable sticks with blue cheese and okoy with vinegar sauce.

For non-vegans there were shrimp and kangkong tempura, different kinds of sushi and soft-shell crab with sweet and sour sauce, all drowned with the endless flow of wine, beer, juices and soft drinks.

Her Majesty had so much fun from her tight five-day schedule, she even stayed longer than we all expected in the reception.

At the end of her royal visit, Queen Sofia totally charmed and embraced all those she had met, leaving a lasting impression among us of a lady who’s truly royalty in lineage, grace and character.

Hard-working Sen. Loren Legarda welcomed Margareta Wahlstrom, the special representative of the United Nations Secretary-General for Disaster Risk Reduction (DRR), who was in the Philippines for various conferences on enhancement of the Philippines’ DRR capabilities, especially in light of Typhoon “Sendong.”

Legarda, appointed UN Champion for Disaster Risk Reduction and Climate Change Adaptation for Asia and the Pacific, hosted the meeting so that Wahlstrom could meet government officials and heavyweights from business, industry and the academe, dahlings.

“We welcome Margareta Wahlstrom,” Senator Legarda said. “This sends a strong message for enhanced work on our disaster-prevention initiatives as we support efforts to build back better communities devastated by disasters. The government needs to place more investments on pre-disaster activities and engage the private sector in building a disaster-resilient country by the risks posed by disasters to our development and economic growth. A significant step is to adopt a risk-financing strategy that would prevent post-disaster efforts from competing for resources originally intended for development.”

Legarda chatted with businessmen on how companies should be encouraged to come up with  business continuity plans that would prepare them to face disasters and get back back on their feet afterward, dahlings.

If that five days’ visit didn’t keep Senator Legarda busy enough, she also personally made all the arrangements and personally escorted Reina Sofia during the latter’s visit to several indigenous Filipino communities in the north.

After a breathless week of events and royal happenings, you can count me in as among those exhausted but feeling totally fulfilled, palanggas.