Drum Tao to give Manila a shot of adrenaline | Inquirer Lifestyle 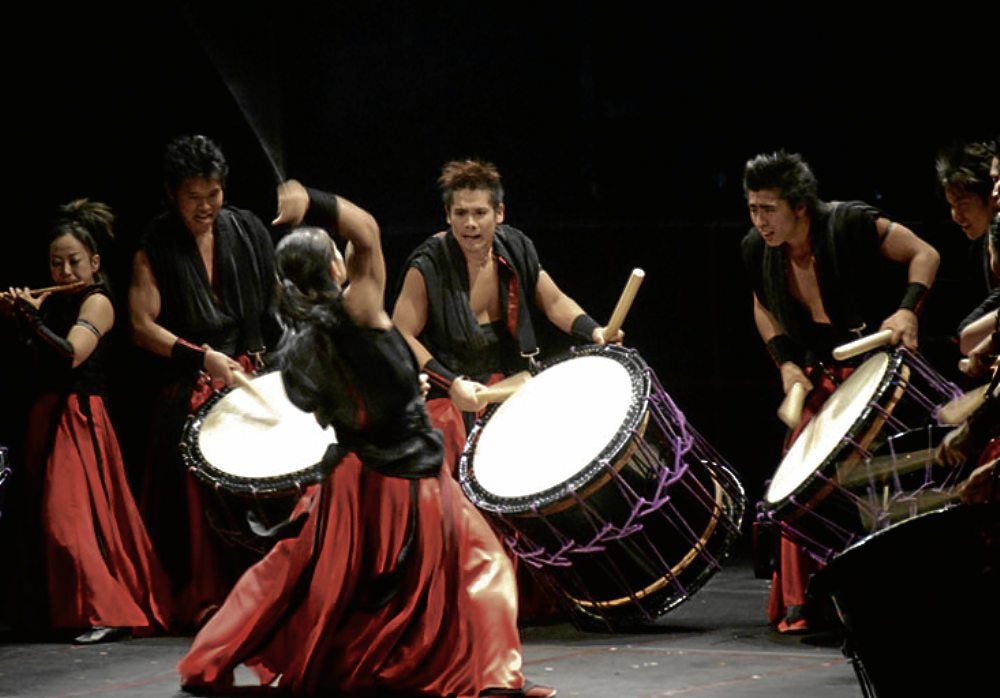 Drum Tao to give Manila a shot of adrenaline

When postwar jazz musician Daihachi Oguchi conceived the kumi-daiko (Japanese drum ensemble) style in the 1950s, he had no idea he had given way to the birth of an alternative genre in the art of taiko (Japanese drum-playing, which refers to the instrument itself).

When musical martial arts sensation Drum Tao was formed in 1993, the group had no idea they were going to be one of the most sought-after musical acts across the globe years later.

Having captivated over 17 countries and 500 cities, Drum Tao has finally arrived in Manila and will be showcasing its unique blend of intricate choreography and distinct taiko through “Travelife Drum Tao Nights,” July 12-22 at Resorts World Manila’s Newport Performing Arts Theater, as part of the ensemble’s Art of Drum Tour 2012.

“We just want to entertain and make people happy… We put in everything [energy, passion] to produce a good show. Once the house gets dark, you’ll be pulled in,” said taiko performer Taro Harasaki.

With highly trained Japanese musicians aboard, Drum Tao has innovated and mastered a fine balance between traditional Japanese culture and contemporary performance art, and made the art of Japanese drum-playing more relatable and accessible to a wider range of audiences.

The group’s annual taiko tour has added to its acclaim, and each adrenaline-rush inducing show it produces continually reaps praise from viewers worldwide.

The Philippine edition of the tour is presented by Travelife Magazine and Establish Events, with only 10 shows running in the country.

“‘Travelife Drum Tao Nights’ is a multisensory performance. There’s never been anything like it in the Philippines… It draws you in and you just experience it from all angles,” said Travelife publisher Christine Cunanan.