What’s worth checking out at Manila Zoo, with the kids? | Inquirer Lifestyle ❮ ❯ 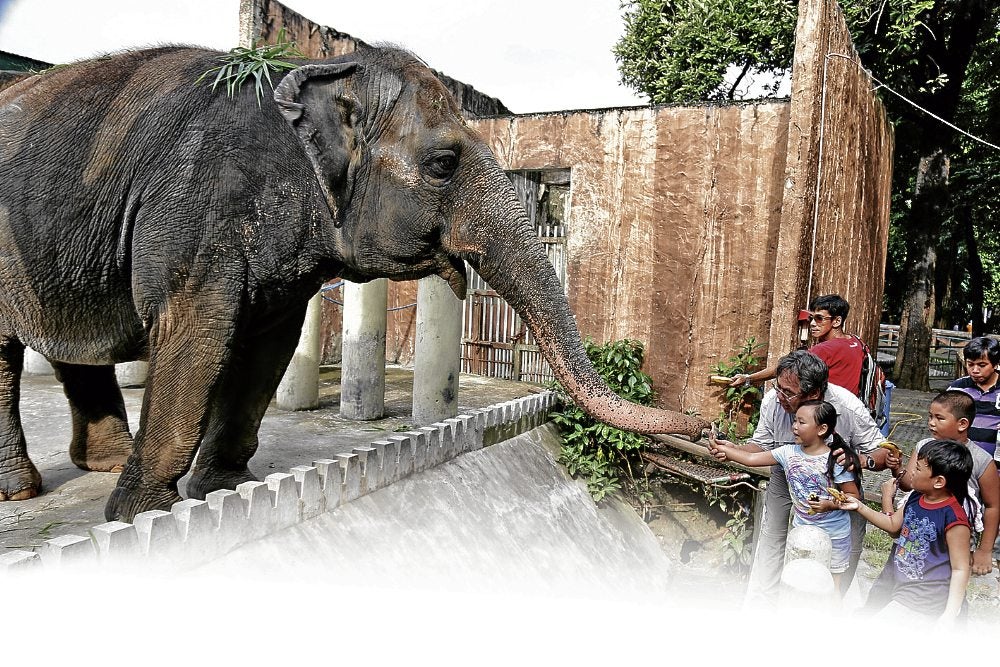 What’s worth checking out at Manila Zoo, with the kids?

The Manila Zoo has been in the papers a lot lately, thanks to its famous elephant Maali.  So I  decided to visit the zoo with my two kids to see what the talk was all about, and also introduce them to the sights and sounds the wild kingdom has to offer.

Opened on July 25, 1959, the Manila Zoological and Botanical Garden is one of the country’s educational centers for viewing, discovering and learning about animals you would only normally see in the wild.

Despite its small setting, with a land area of 5.5 hectares, the zoo has a diverse population of about 500 animals, including several that are endemic to the Philippines like the Palawan binturong, the long-tailed macaque and the Philippine crocodile.

You cannot visit the zoo without stopping to say hello to their most talked-about resident. Upon entering the zoo, you only need to look left to see her.  As the only living elephant in the Philippines, Maali, which is short for Vishwamaali, is a 38-year-old Asian elephant that was donated to the children of the Philippines by the children of Sri Lanka when poachers killed her parents.

Maali is the subject of a tug-of-war between the zoo and the animal rights organization People for the Ethical Treatment of Animals (Peta). When visiting Maali, keep a lookout for photographer advocate-volunteer John Chua, her longtime caretaker. If you’re lucky, he will let you feed Maali, as long as you bring your own bananas.

But Maali is not the only large animal residing in the zoo. Hippos are also a sight to see, when they are not submerged in the water. When they are cooling themselves in their private pools, they look like small islands popping out of the water.

Just on the other side of the hippo habitat are the tigers.  Several of them are spaced across different habitats and can be viewed from an elevated vantage point, as they are great jumpers.

Manila Zoo also houses, as far as I know, the only hebra in the Philippines.  A hebra is what you get when you cross a horse and a zebra.

The reptile habitat is one of my kids’ favorites, aside from Maali, of course.  From pythons and grass snakes to cobras, kids can see them inside a stone structure that also houses other reptiles like lizards and turtles.  Right next to that are the large crocs, both saltwater and freshwater, just basking in the sun like they do along rivers and beaches.

Inside the zoo is a mini zoo, where kids can have close interaction with the animals.  The Kinder Zoo, which requires an additional payment of P100 to enter, is  on the left side of the main entrance.

Upon entering you will be greeted by an albino python and a small caiman, a subspecies of alligator. Pictures can be taken while you hold these amazing creatures.

Further inside the zoo, kids can hold and feed several kinds of birds, including macaws, cockatoos and toucans. But two of my kids’ favorites here are a gibbon that walks around and greets visitors and a wild pig that just lies motionless on a slab of stone. My kids say it reminds them of Pumbaa in the movie “The Lion King.”

If it’s your first time in the zoo, this is one area you would not want to miss.

The zoo was originally built to provide a venue for Manila residents to hang out with their families—a  nature park in the middle of the city.

With the entrance fee of P40 (P20 for Manila residents), the zoo is normally packed with families on weekends, who spend the day picnicking.

The zoo also offers rock climbing, horseback riding, a zip line and a fish spa.  There is even a small lagoon where rowboats can be rented.  All in all, there is something for the whole family to enjoy.

The zoo is along Adriatico Street, Manila. It also has canteens, souvenir shops and several playgrounds that cater to children and tourists.