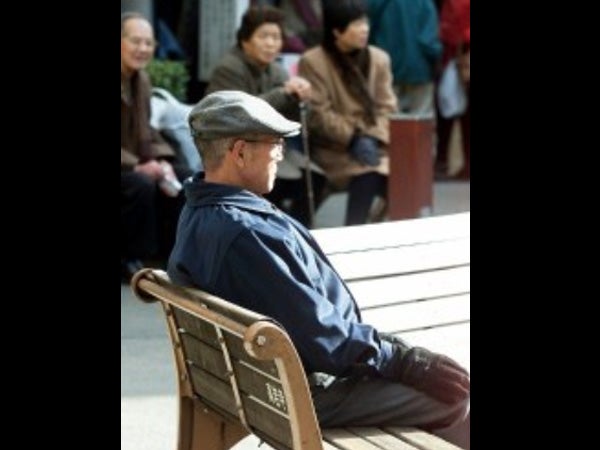 TOKYO—After a life of dedication to a corporate cause that in Japan means long hours and few holidays, retirement might be seen as a well deserved rest. But for some, it is a chance to launch a new career.

With opportunities at home few and far between, a scheme offering Japan’s seniors the chance to work abroad is increasingly being seen as a good way to keep active during a retirement that can easily last 20 years.

As Toshio Hirouchi approached 60, he began to wonder what life would hold for him when he left IT services giant Fujitsu, where he had been working for more than three decades.

He had joined the company in 1973, programming the large-size all-purpose computers that made up the bulk of the industry at the time.

“But with the emergence of personal computers, the company wanted younger engineers for PC development. Our generation was forced out from development to administrative branches,” he said.

“That change helped me to think about doing something completely new” after retirement, the 66-year-old told AFP.

The answer came in the government-run Japan International Cooperation Agency (JICA), a scheme that recruits volunteers between the ages of 40 and 69 to work abroad.

The programme sees up to 470 people sent to more than 60 different countries in Asia, Latin America, Africa and the Middle East every year, where they are tasked with “accelerating cross-border friendship and understanding”, according to the organisation’s website.

They are also there to “contribute to the economic and social development” of recipient countries, doing work required by their host communities.

In Hirouchi’s case, this meant editing a history book for newly-arrived Japanese immigrants to Paraguay.

So at the age of 58, he hit the books, brushing up his rusty English and learning Spanish from scratch.

Interviewing, writing and negotiating with a printing company were all new to him, but Hirouchi relished the challenge.

“I discovered that volunteer work is a world where your will and enthusiasm can carve out a new dimension,” he said.

From ‘boom’ to gloom

Hirouchi is one of Japan’s post-war baby boom generation that helped engineer the economic miracle of the 1960s and 1970s, catapulting the country into the top ranks of world economies.

Currently those aged 65 or over account for more than 23 percent of Japan’s 127 million people—one of the highest proportions of elderly in the world.

That figure is expected to rise to 40 percent by 2060, as Japan’s population shrinks, further stressing public finances already hard pressed by two decades of economic stagnation.

And by 2060, the average man will live to be 84; the average woman to nearly 91, government estimates suggest.

A government report last month said Japan needed to harness the skills of its greying workers, warning the nation’s economic prospects depend on making them productive.

Japan “needs to realise a society where ageing people can participate in the labour market or in social activities” to boost economic growth, the cabinet office said in a white paper.

The paper said many older people were keen to remain economically active.

But it added: “That strong desire among ageing people is not resulting in actual job opportunities”.

Tetsuo Kawauchi, chief researcher at Japan Organisation for Employment of the Elderly, Persons with Disabilities and Job Seekers (JEED), said JICA as it presently works is useful only to a certain sector of retirees.

“People who apply to JICA volunteering are in a relatively good situation as they hold some kind of skills and sizable corporate pension benefits from their former employers, which are often big firms,” he said.

“They are seeking a motivation in life rather than income.”

But the challenge for JICA, and for Japan at large, he said, is to find a way to make the benefits of working into twilight years available to everybody.

“A large number of retirees in their 60s want to keep working because of economic reasons—worries over costs of caring for their parents, their own medical costs, and declining amounts of pension benefits,” he said.

In the meantime, talented seniors like Teruo Higo, former Sony production control expert have found a use for their skills—and a way to keep active and interested.

Higo quit Sony at 58 to set up his own company advising small businesses how to improve productivity because he resented the idea of being forced to retire.

Over the following decade he twice went with JICA to Argentina—in 2002 and 2009, each time completing a two-year term.

“For retirees, there is no better place than this volunteer scheme in terms of working conditions and compensation,” 72-year-old Higo said.

But he added that with the scheme not open to those older than 69, more options are needed. “There are literally no jobs for people in their 70s and 80s,” he said.

In Latin America, volunteers receive a monthly pay packet of $1,000 for living costs in addition to dwelling expenses and flight tickets.

“But for retirees, what’s more important than money is to have a job with some responsibility, that could also prevent dementia and save elderly people’s medical costs,” said Higo.