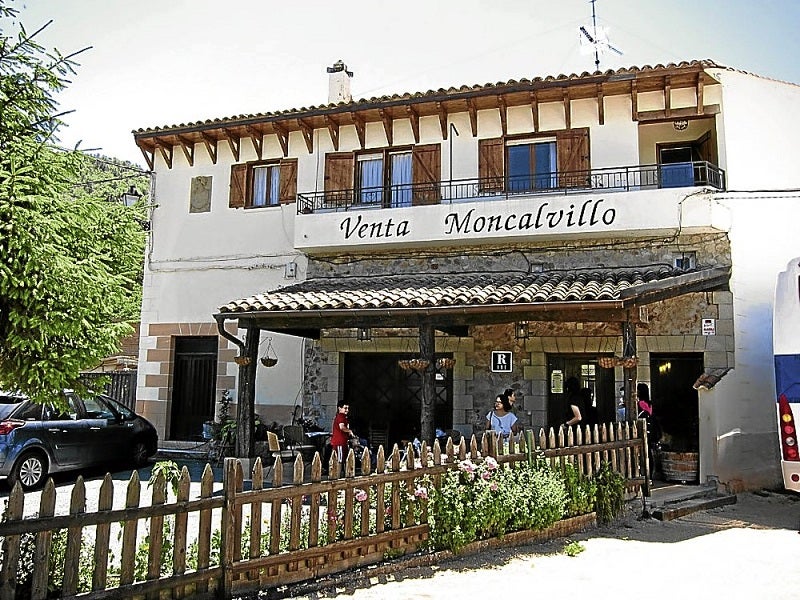 A world-class gourmet feast in a little Spanish town 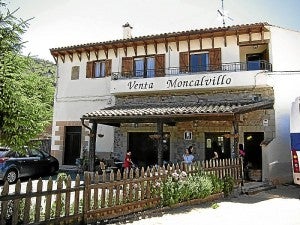 The bus came to halt at the foot of the hill, taking over a good part of the vacant lot next to the small, cream-colored split-level building. It was after 1 p.m., and we had just driven four hours from the town of Alcala de Henares, just outside Madrid, to this quiet little town called Daroca de Roja in Spain’s La Rioja region.

A low, rickety picket fence separated the parking lot from the building. Behind it, up on the hill, was a cluster of a few houses. Across the street was a brush that blocked the view of whatever else lay farther out. There were no other buildings or cars in sight.

The lone building itself was nondescript by any measure, blending seamlessly with its surroundings—narrow back roads on sloping hills planted with olives and the tempranillo vines that make the famous Spanish Rioja wines.

Painted on the terrace, right above the clay tile roof and awning, is its name: Venta Moncalvillo, named after the mountain on which it stands. If the door bore a bright-red plaque that boasted its newly received honor, we missed it.

Had we been told we were having lunch at a Michelin-starred restaurant in a small village with only 24 residents, we would’ve been skeptical. Impressed, but skeptical. Alas, we weren’t told that bit of information until we were already halfway delighted by the stream of chilled aperitifs (Riojan, naturally) and warm tapas. They had us at croquetas! 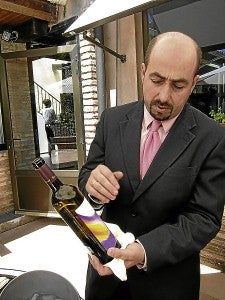 Brothers Carlos and Ignacio Echapresto opened the restaurant 14 years ago in this sleepy town, continuing a culinary tradition started by their mother in her own kitchen. They’re proponents of slow food. From a humble, down-home eatery, it had become a major dining destination as early as five years ago. In 2006, Ignacio was named best chef in the region; Carlos was awarded best sommelier in 2008.

“We have more seats in the restaurant than the number of people living in the village,” said Carlos Echapresto, maitre d’ and sommelier and the older of the brothers. The village has a population of 24, seven of whom work at the restaurant. Venta Moncalvillo sits 35 in its main dining hall; it has a several smaller private rooms.

“We wanted to stay in our hometown and give something back to the village,” the sommelier explained. Since the 16th century, the Echaprestos have lived in this village, about 20 km from Logroño, the capital of La Rioja, the smallest of Spain’s 17 regions and the origin of the world-famous Rioja wines.

The brothers forged on, even as neither had formal culinary training. The chef’s background, for one, is engineering. 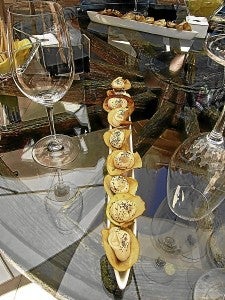 Ignacio Echapresto describes his cuisine as “easy” and traditional, food prepared with “feelings” and a personal touch to “surprise” the palate of his diners. The menu is based on seasonal produce: 80 percent of the ingredients come from the region.

Most of the vegetables and spices are picked from their own backyard. Just behind the backyard terrace where cocktails are served is a patch garden; farther out is la huerta, their orchard.

In the spring, the menu could center on vegetables like artichokes and asparagus, while the summer may see salads of fresh greens, grilled vegetables, and fresh fish from the Basque country. Small game and mushrooms are typical highlights of the fall menu. In the winter, the chef serves hearty, home-style dishes.

While the brothers don’t make their own vinos tintos y blancos, they sell their grapes to the excellent winemakers in the region. Carlos Echapresto is quite passionate about his wines, and it’s well-known in these parts; his selection has earned commendations from Spain’s food guides.

As expected, their patrons are not the typical Santiago de Compostela-bound pilgrims who traverse through the village on foot, but food and wine connoisseurs from all over who seem to believe that no village is too small and too far for an unforgettable meal.

On our visit in the last week of June, the start of the Spanish summer, the chef prepared a degustation menu that included a selection of tapas: foie gras and apple blossoms, mushrooms on endives with saffron vinaigrette,  marinated salmon and croquettes of Iberico ham, paired with two vinos blancos, one dry and one semisweet. We went to town! 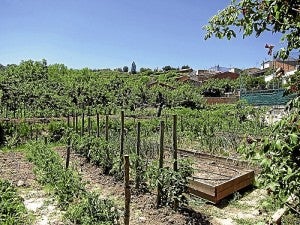 At lunch, after polishing off her first course, a carpaccio of Dublin Bay prawns (cigalas) with chopped tomatoes and greens, a dining companion said she would’ve been content had no other dishes followed. We were inclined to agree. The langoustines were silky and luscious in the mouth, their fresh Mediterranean flavors untainted, and instead enhanced by a dusting of powdered ham and a golden stream of olive oil, also from the region. Carlos chose a rosé (Bodegas Marques de Caceres, 2009) to go with the dish.

Next, the chef showcased the harvest from his own backyard with a selection of grilled vegetables: sweet peppers, artichokes, white asparagus, just drizzled with olive oil. It went well with a classic Rioja vinto tinto (6 Cepas 6, Bodegas Perica, 2008).

Every morsel of the main course was cleaned off the plate. The chef had cooked beef cheeks (carillera) in Rioja red to divine tenderness. It was a travesty to send anything back to the kitchen untouched. (Who sends back a plate with half-eaten food in a Michelin-starred restaurant?) At that point, everyone was wishing they hadn’t had that seventh, or eighth, piece of tapas.

As a finale, Ignacio sent out a simple caramelized pudding with a delicate Chantilly ice cream and almond biscuit. Carlos paired it with a unique dessert wine (Supurado Ojuel, Bodegas Miguel Angel) made of raisins that also bore notes of cherry, peach and apricot. The sommelier said the source began making that vino dulce again only recently after 40 long years. 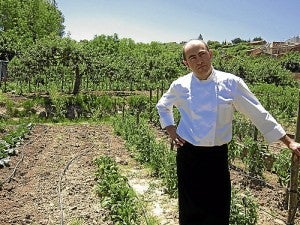 It was after 5 p.m. when we finally left toward Logroño. Had anyone reminded me later that day that I just had one of the finest—and surely one of the longest—meals of my life in a little village with only 24 residents, I would have laughed. And that would’ve been the six, seven glasses of Rioja wine I had downed laughing.

The Spain media familiarization tour was made possible by the National Tourist Office of Spain (Spain Tourism Board Singapore, Turespaña, La Rioja Tourism) and Thai Airways. For bookings and inquiries on Spain’s food and wine tours, call (0916) 217-6433. Thai Airways is also offering promotional fares to Europe starting at $675 (airfare only) until July 31 (for departures until Sept. 30). Call 5280122 to 25 or email [email protected] or visit www.thaiairways.com.ph.