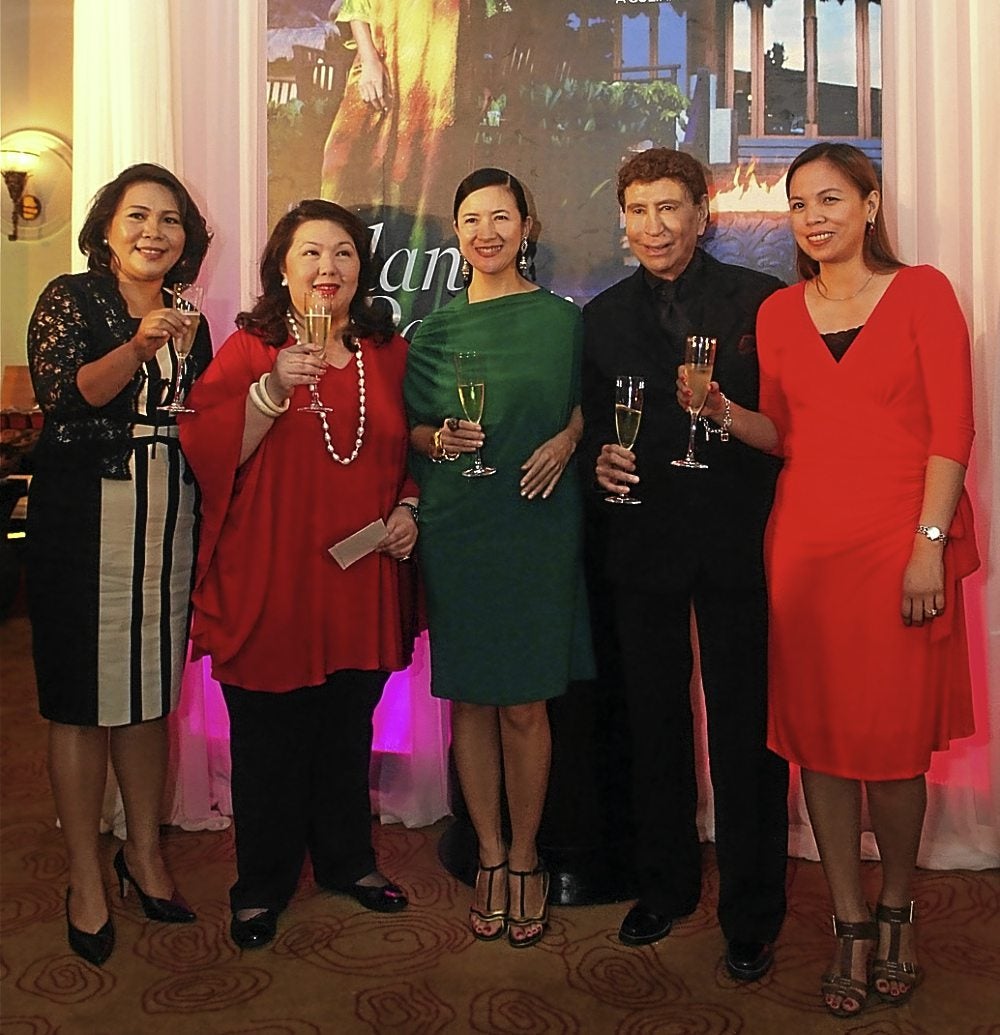 Celebrating the art of travel and gustatory delights

Travel makes one get away from the daily rat race in the asphalt jungle. As a result, travel magazines have proliferated, and Philippine Tatler has launched its newest baby, the Philippine Tatler Traveller, natch!

This visually stunning magazine has a wealth of feature stories written by travellers through whose eyes we get firsthand stories of awesome journeys around the world, plus great food and wine that the traveller easily encounters in voyages near and far, palanggas.

The trés prive launch bash for Tatler Traveller was at Red, the chic dining space of the Makati Shangri-La.  Irene Martel Francisco, managing director of Philippine Tatler, herself ensured that the cocktail food served at the launch was a representation of international cuisine.

There were six different stations around the resto. Guests had their fill of the Peking duck. There was a table with all sorts of cheese; there were also a sushi counter and a Thai beef salad station. Moi particularly liked the mushroom ravioli station. Meanwhile, the dessert buffet was totally scrumptious!

The bubbly, red wine and martinis flowed endlessly till the last guest left, would you believe?

Cover girl of the maiden issue is gorgeous Nina Herrera Huang, shot at Shangri-La’s Boracay Resort. The first issue was unveiled by Francisco and Tatler Traveller editor in chief Mia Borromeo. Assisting them were moi, Debbie Namalata of San Miguel and Manoleth Ariola of Smart Infinity.

Everyone was excited about the raffle, in which prizes included a luxury stay at Shangri-La’s Boracay Resort and Spa; in-demand Rimowa luggage, from Adora; and world fragrances from Prestige Brands.

Special awards were given to “the lady and gentleman who best represent the stylish globetrotter”—Lizzie Eder Zobel (who was totally surprised by the announcement) and Louie Ysmael no less, dahlings. They each got a set of travel guides from Louis Vuitton.

New designer on the block Techie Hagedorn was thrilled seeing how Borromeo and other women were wearing her chic and comfy outfits, dahlings.

“Our three company-partners for this evening—San Miguel Beer, Smart Infinity and Visa—are all world-class and easily come to mind when enjoyment of the good life is considered,” said Martel-Francisco. “(With them), we welcome this new publication that celebrates the art of travel and gustatory delights.”

It was, without batting an eyelash, an extremely successful launch for Traveller. The energy and positive feelings kept everyone’s adrenaline up.

It was a totally fun and colorful night when the Original Penguin brand took everybody on a fashion carnival through a collection filled with pastel tees, chalk-striped tanks and plaid button-downs.

The 100-year-old brand by Munsingwear shows no signs of slowing down, palanggas, as it launched its newest collection in a carnival-themed bash hosted by Raymond Gutierrez.

The invitees had a blast as they were transported to exciting Coney Island, complete with a Ferris Wheel backdrop and carnival goodies to munch on.

The show was witnessed by hot personalities and young achievers wearing the freshest and funkiest fashion. The Original Penguin is proof that you can look polished while being pop enough to play it cool, hip and ageless, palanggas.